Dolphins rumors indicate team could pass on Tua Tagovailoa, draft another QB instead 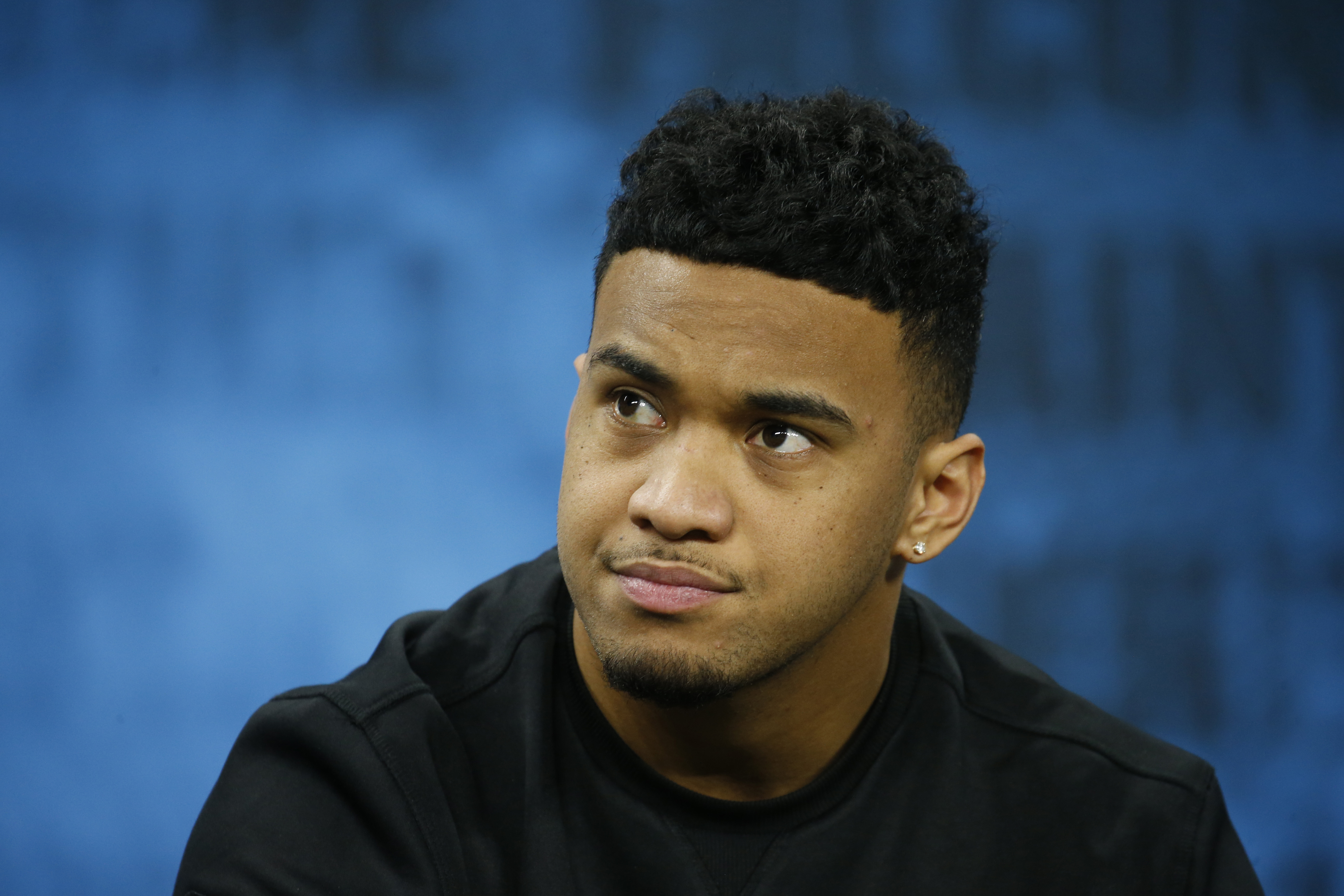 Dolphins rumors indicate team could pass on Tua Tagovailoa, draft another QB instead

It’s been rumored that the Dolphins were set on drafting Alabama quarterback Tua Tagovailoa since one year ago, when the team approached its first season under new head coach Brian Flores, and didn’t really seem all that motivated to win.

Well, as it turns out, the Dolphins did indeed win a few games, but they’re still in perfect position to draft Tua, if they so choose. The Bengals will likely draft Joe Burrow, or, if not, they’ll trade down and let another team do so. As for the three picks that follow, the Redskins and Giants drafted quarterbacks last season, and the Lions are apparently staying put with franchise signal-caller Matt Stafford.

And so the Dolphins, at No. 5, could take Tua if that’s who they’re leaning toward, but a recent report from the Miami Herald states they might be looking elsewhere — possibly at Justin Herbert or Jordan Love.

It’s always hard to decipher what these reports mean, and how accurate they are. Sometimes they’re smokescreens, with the team planting misinformation to go ahead and draft that exact player. However, it’s possible that the Dolphins aren’t thrilled about Tagovailoa’s injury history, and may look for a safer option as their franchise quarterback for years to come.