Dwyane Wade tells tale of when he, Udonis Haslem nearly fought one another 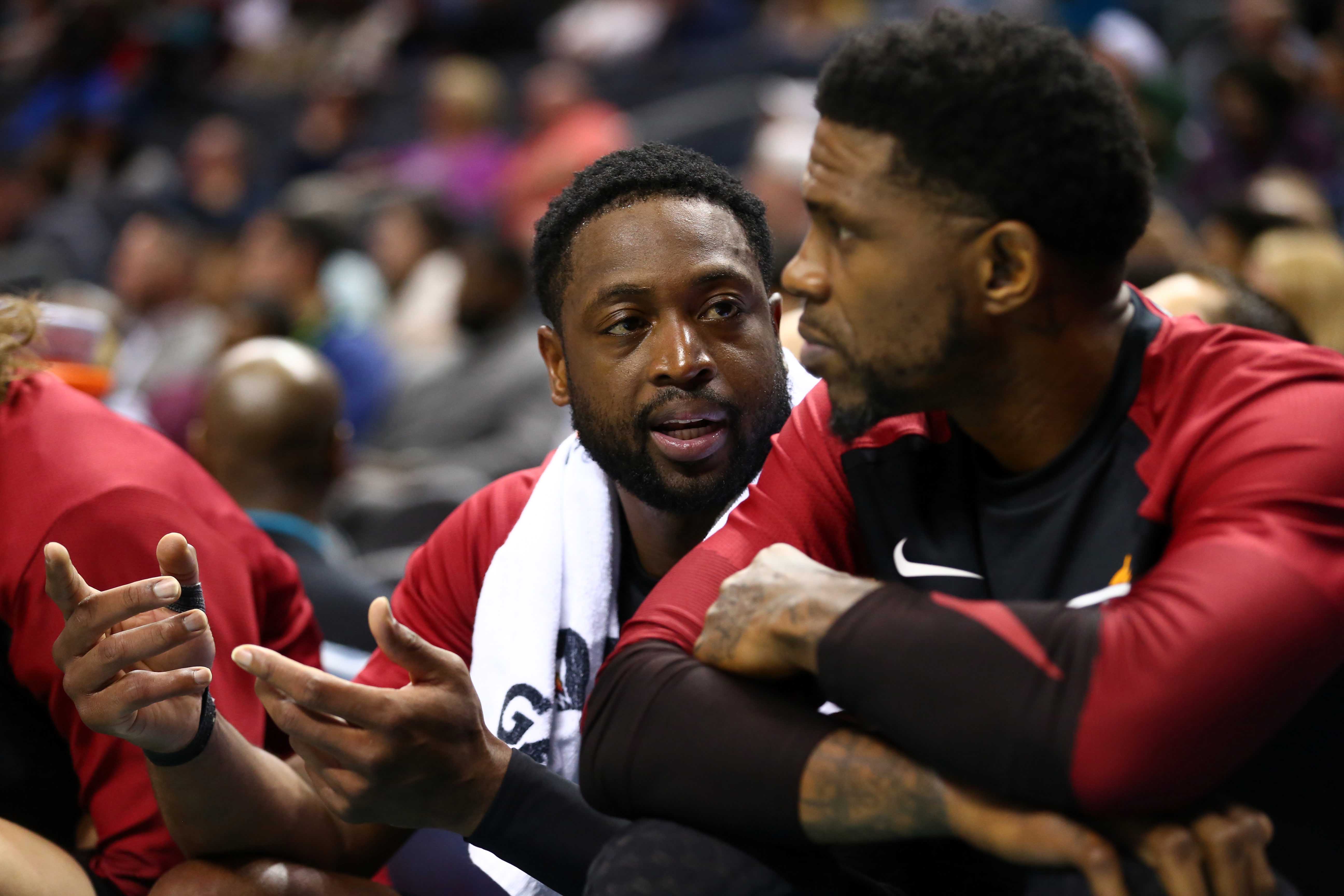 Dwyane Wade tells tale of when he, Udonis Haslem nearly fought one another

Dwyane Wade and Udonis Haslem were teammates on the Heat for over a decade, and the two know each other extremely well.

But that doesn’t necessarily mean they were best buddies at all times on and off the court, though.

The two recently engaged NBA fans in a live chat via the league’s official Instagram account, and that’s when they shared a story about when they nearly came to blows during a game — which even involved Jeremy Lin.

Here’s the transcript (as transcribed by the South Florida Sun-Sentinel).

Haslem: “The time in Atlanta.”

Wade: “The Jeremy Lin time? Did I go help him up?”

Haslem: “When you picked up his shoe and I slapped your hand and you got mad. D-Wade wanted to fight me in the middle of the game. He was taking up for Jeremy Lin.”

Wade: “I picked the man’s shoe up and I was giving the man his shoe and you slapped it out of my hand. I’m like, ‘UD what the hell?’ “

Haslem: “Man, we’re in the playoff run, the man’s trying to give Jeremy Lin his shoe. I would have picked it up and thrown it in the damn garbage. He’s trying to pick it up and hand it to him. I slapped his hand. D-Wade turned around and cussed me out.”

Wade: “We got into it real quick right there.”

Good thing the two never got into a fight, as that probably wouldn’t have went well for D-Wade.