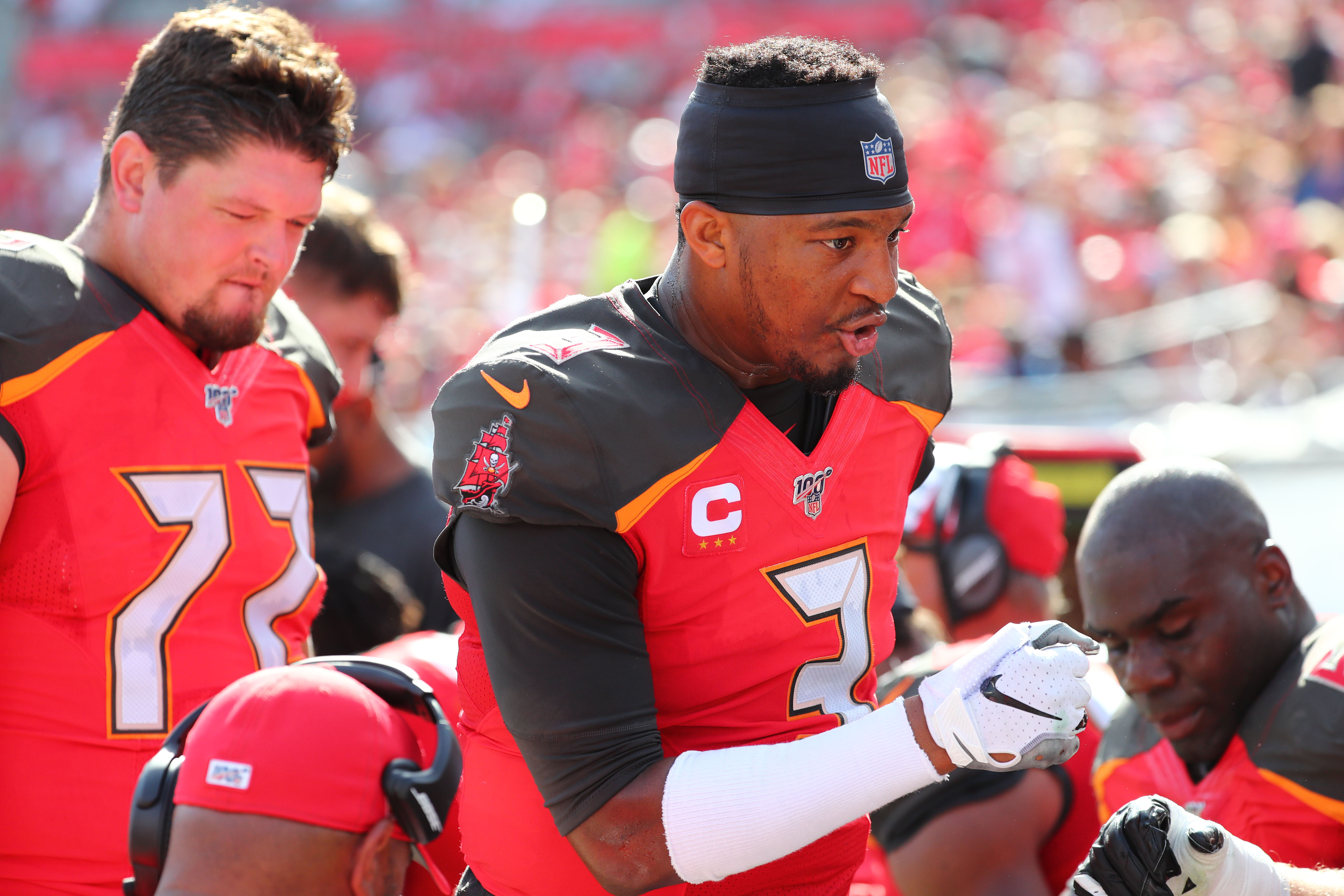 It’s rare that franchise quarterbacks — especially those taken with a top-5 draft pick — find a silver lining in their team not offering them a new contract and moving on from them, but that’s exactly what Jameis Winston is doing.

Winston was the No. 1 overall pick in the 2015 draft, as the Bucs had hoped he’d lead them for years to come. Instead, he’s not only no longer with the team, but he actually remains unsigned.

The free-agent quarterback market has thinned out, but in the meantime, Winston is keeping a positive attitude through it all. He appeared on FOX News and stated that Brady coming in to replace him is actually “kudos to” him.

“One thing about Tom Brady is it’s understood that he is the G.O.A.T.,” Winston said. “For you to get replaced by Tom Brady in a city that you love so much, I guess that’s kudos to me. At the end of the day, it’s a competitive sport.”

Jameis gets asked about his wedding and Tom Brady taking his job in Tampa on @FoxNews ! @edhenry is a Savage! Classy response as expected! I still love this guy and wish him the best. I hope he’s still active in our charitable community. Join us on #JPShow 3-6pm on 820AM/98.3 pic.twitter.com/AdKx9vHBFr

That’s one way of looking at it.