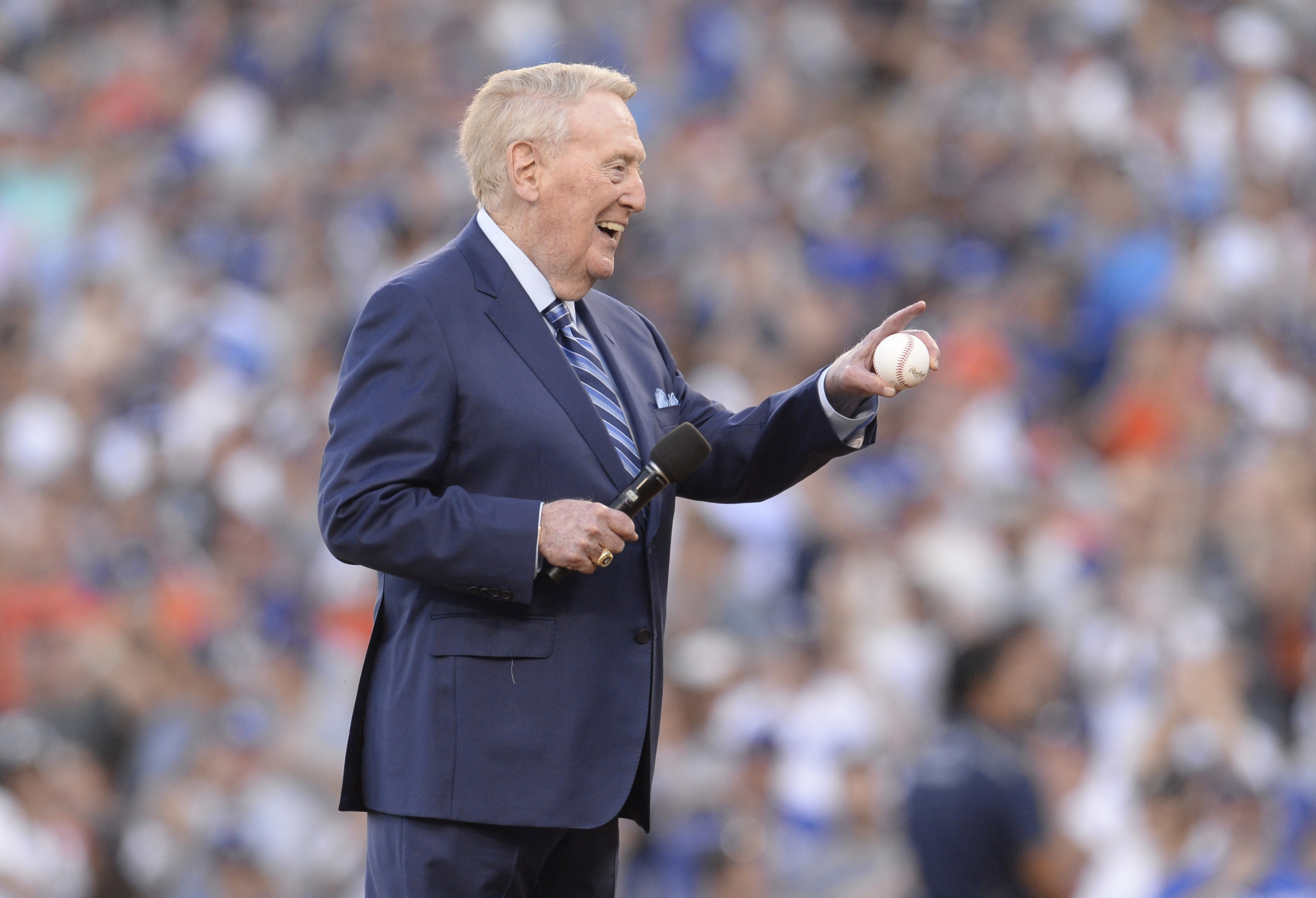 The greatest sports announcer to ever call games did an interview with one of the best television reporters of the past decade, and the dialogue that followed was just as compelling as you’d imagine.

Ed Henry is the co-host of Fox News’ popular show “America’s Newsroom,” and as a sports fan himself, he figured to be the perfect candidate to interview Dodgers legend Vin Scully. So that’s exactly what he did on a recent episode of the “Fox News Rundown” podcast.

It’s been a few years since Scully was the Dodgers’ play-by-play announcer — a position he held for nearly seven decades — but he’s still been heard from now and again. Currently, though, Scully is in the same boat as the rest of us — attempting to stay safe at home during the coronavirus (COVID-19) pandemic. Still, he found the strength to address the current state of affairs in the country: serenading us with his words, as he’s done so many times over the years, in doing so.

Scully began by telling Henry what he’s been doing to bide his time at home, then went on to predict that Americans will turn to religion to help work through the pandemic.

“Now that I have some leisure time and we’re all locked in at home, I read an article and it was talking about what happened to Americans in World War II,” he said. “It was such a terrible time. Three-quarters of Americans belonged to a house of worship.”

“More people will be coming back to the faith. And now that this terrible thing is upon us, people might very well get back to the center. And it’s a better world. We’ll see…”

It’s an interesting take that we haven’t heard from many others, but we could see it happening, especially if the virus continues to spread at the rate it has been. In the meantime, it does help give us all hope that we as a country will work through this pandemic, despite how bleak the situation may seem at the present time.