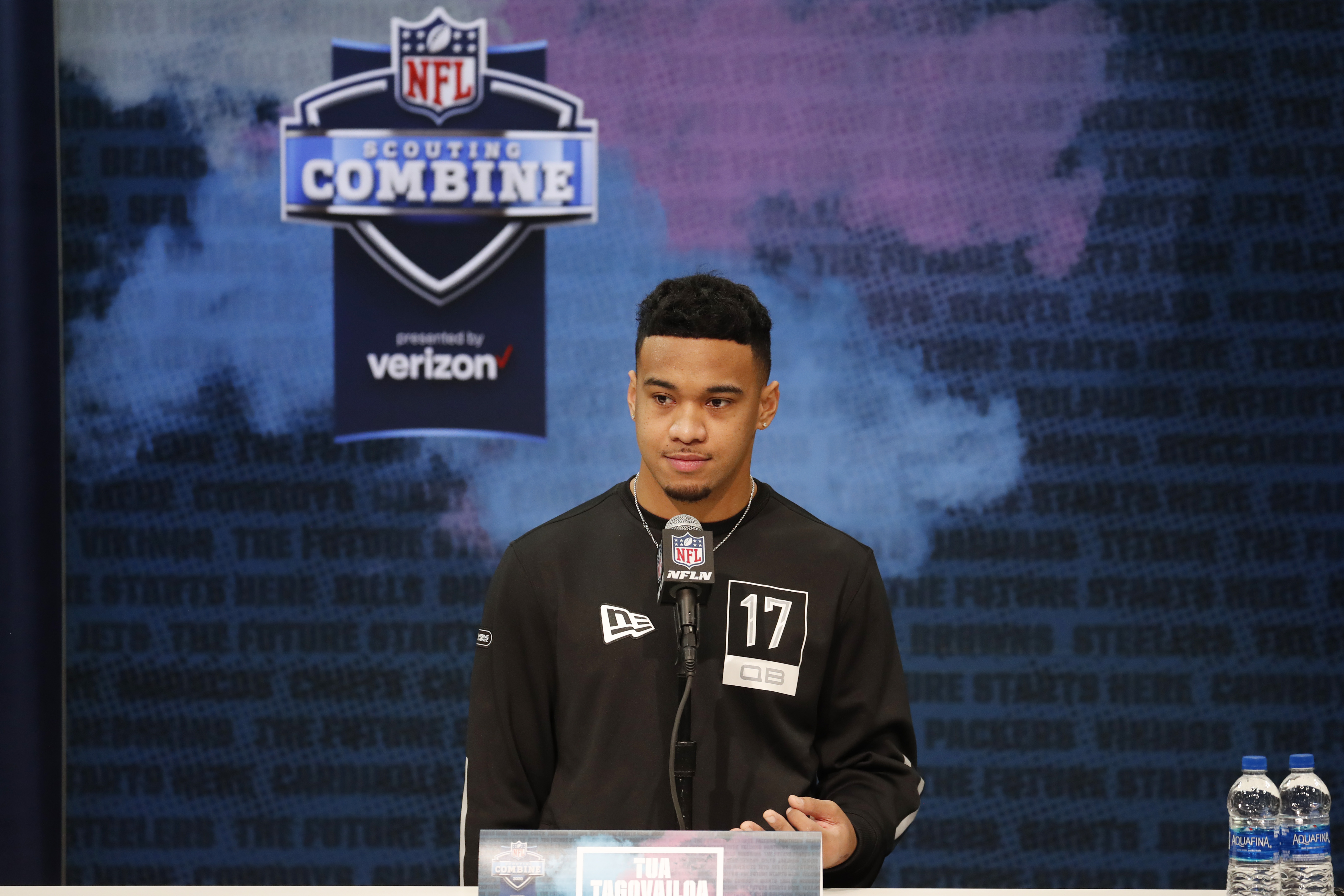 The Redskins hold all the cards with the No. 2 pick in the 2020 NFL Draft, and there’s no telling what they may do.

There’s the safe option, and that’s selecting star pass-rusher Chase Young. He’s a generational player — like Jeff Okudah — and teams know they’re getting a superstar if they take him.

But they could also trade down, with a number of other teams licking their lips at the possibility of taking Young, or possibly a quarterback.

The final option hasn’t been discussed much, as the Redskins drafted Dwyane Haskins in the first round last season. It’s rare for a team to move away from a first-rounder after just one year, but the previous regime was the one that took Haskins.

And here’s the thing: Redskins new head coach Ron Rivera is “high” on Tua Tagovailoa, according to Ian Rapoport of NFL Media.

Where will Chase Young land in the 2020 @NFLDraft?

Two viable options as of now. (via @RapSheet) pic.twitter.com/WREUSebuNF

Don’t be shocked if the Redskins draft Tagovailoa, giving their new head coach his signal-caller right off the bat. Although, at this time, the more likely route figures to be Young.