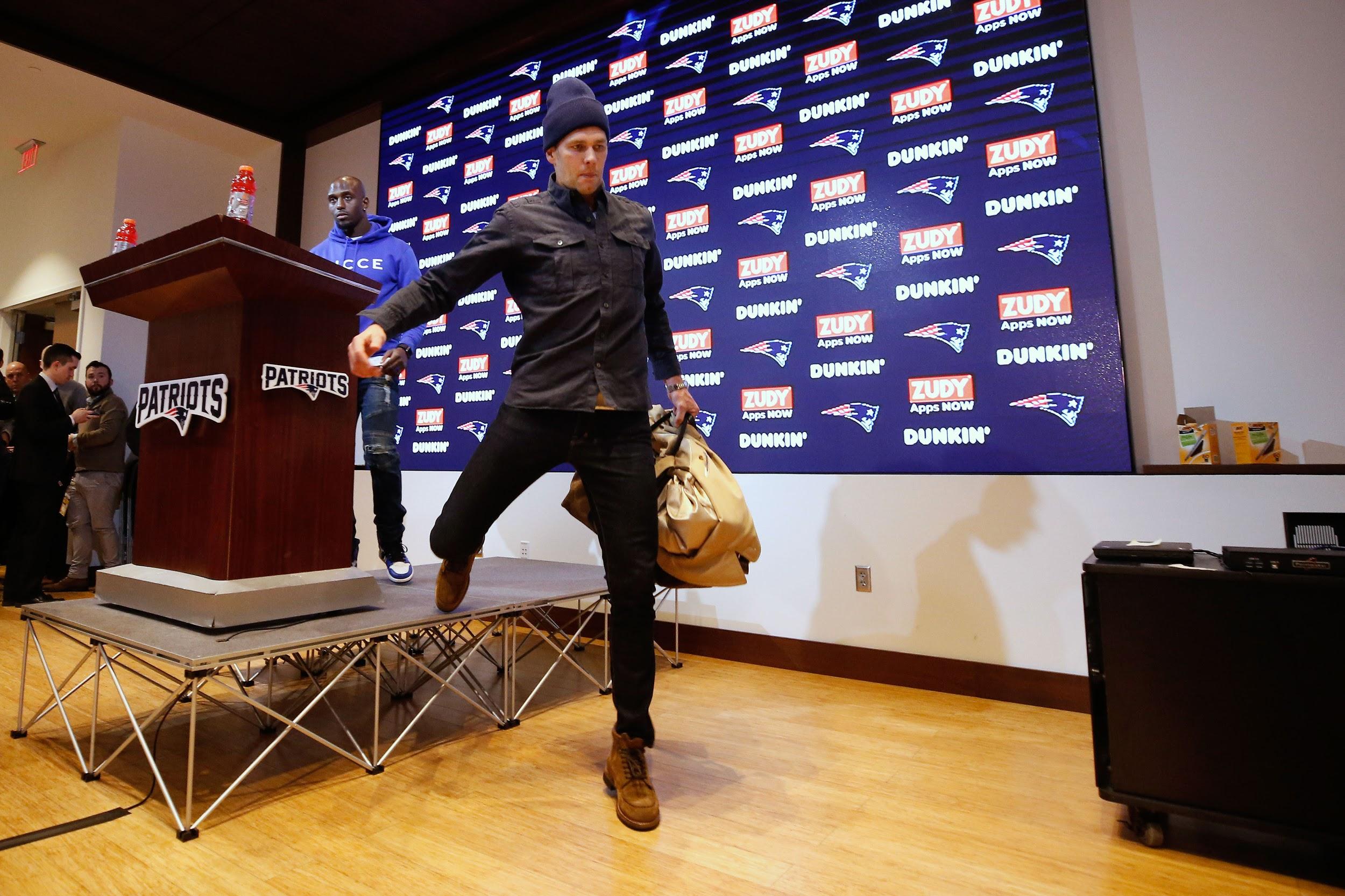 The Tampa Bay Buccaneers finished last season with a losing (7-9) record, and the team hasn’t even qualified for the playoffs since 2007, but, all of a sudden, they’re being talked about as legitimate Super Bowl contenders.

And even though the NFL allows only 53 players on a team’s roster at one time, the Bucs’ drastic outlook change is all due to just one: Tom Brady.

The Bucs were “all in” on Brady’s services, and the team signed him in free agency just a few weeks ago — prying him away from the Patriots, where he had previously spent the entirety of his 20-year NFL career. Brady won six Super Bowls working cooperatively with head coach Bill Belichick, with the two standing the test of time year after year, while the roster drastically changed each season.

But now Brady faces his greatest test, learning a new offense for the first time, under a coaching staff completely foreign to him. That hasn’t worked out well for others in the past. Take Joe Montana, for instance, as he’s second in career Super Bowl wins (four), behind Brady. Montana torched opposing defenses like no other quarterback in NFL history ever had, but fell flat on his face during his two-year tenure with the Chiefs, which is how his career ended. Some even believe that it tarnished his legacy a bit.

Brady will be out to prove the opposite, looking to show that not only does he still have the arm to lead a team to a deep playoff run at 42 years of age, but also that he can win without Belichick.

That motivation alone should go a long way in powering the Bucs offense, and pairing with quarterback guru Bruce Arians should make for an easier transition than it would be for many others. It’s extremely difficult to learn a new offense, and Brady can’t even work out with his new receivers yet, due to the coronavirus pandemic, but his football IQ is through the roof, and he learns at a rate much faster than his counterparts.

Still, Brady has all the tools to win in Tampa Bay. He’ll be throwing to a dynamic receiving corps full of vertical weapons, with Mike Evans and Chris Godwin on the outside, as well as tight ends OJ Howard and Cameron Brate over the middle. The Bucs will need to sign or draft a change-of-pace running back, so he can make magic like he did with James White in New England — giving linebackers fits running option routes, but that’s certainly feasible.

That’s why oddsmakers and online casinos are rating the Bucs so high, and you can check out the latest odds on them to win Super Bowl LIV by visiting this website. They’re currently floating around at roughly 10-to-one or 11-to-one at a number of betting outlets, after being more than 10 times that number during this time last year.

The Bucs last won the Super Bowl in 2002, under former head coach Jon Gruden, and they have a solid chance of doing the deed again this season.