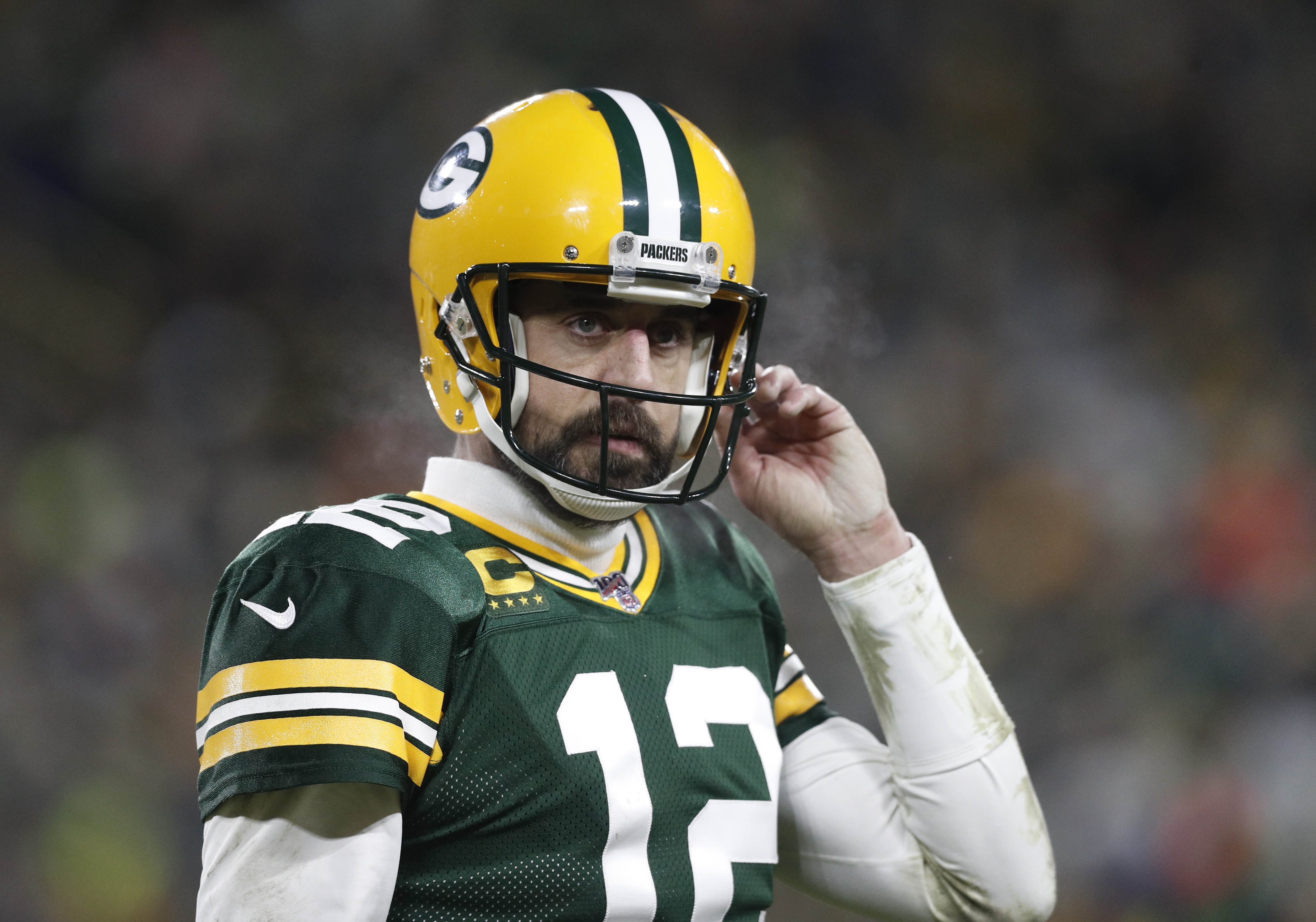 There has been a lot of buzz this offseason about the Packers potentially drafting the heir apparent to Aaron Rodgers in the first round of the 2020 NFL Draft. Those advocating for the move look at Rodgers’ age and how old Brett Favre was when the Packers selected Rodgers and say the time is right to add a quarterback I the first round of this year’s draft.

But the time isn’t quite right for the Packers to do that. Here are the top four reasons why adding a quarterback in the first round of this year’s draft would not make sense for the Packers right now:

1. Rodgers Still Has Four Years Left on His Contract

Aaron Rodgers is signed through the end of the 2023 season. He will be 40 when the deal expires. The Packers quarterback has indicated he wants to play until at least that age.

There is a buyout option for the Packers after the 2021 season but that still gives the team two seasons with Rodgers before the buyout.

While Rodgers is not the same player he was in 2014, he is still a top 10 NFL quarterback. Last year, he led the Packers to the NFC Championship Game despite not having a lot of quality receiving weapons and earned another berth to the Pro Bowl.

Rodgers has not made any indication that he wants to retire any time soon. Right now, the Packers are better off giving him a better team around him while the window to win remains open than trying to add his eventual replacement.

2. The Packers Would Lose the Cap Benefit of Having a Quarterback on an Entry Level Contract

The current NFL collective bargaining agreement keeps players’ salaries low during entry level contracts. Many teams have used this to fill their roster with talent while their young quarterback is still not counting much against their salary cap.

The Los Angeles Rams were able to reach a Super Bowl while Jared Goff was on his rookie deal and they signed several expensive free agents during that time to help them maximize their chances of winning right away.

The Seahawks also reached and won a Super Bowl while Russell Wilson was on his entry-level deal.

If the Packers draft a quarterback in the first round this year and sit him for three seasons while Rodgers remains the starter, they will lose most of the benefit of having an inexpensive starter under an entry-level deal.

This would be a double blow as the Packers would not add a player who could help the team win now in the opening round of the draft and they would lose the cap benefit of having a cheap starter down the road.

3. This Year’s Quarterback Class Is Not Particularly Deep

Quarterback is considered the most vital position in the game today and the demand always outweighs the supply. For that reason, quarterbacks are often drafted earlier in the draft than their overall value should indicate.

This year, there are only a handful of quarterbacks with first round grades. Joe Burrow is the consensus top pick in this draft and will be gone well before the Packers draft. Tua Tagovailoa is also expected to go in the top 10 picks despite his injury concerns.

Because of the demand for quarterbacks, Justin Herbert and Jordan Love are also likely to be off the board by the time the Packers are scheduled to make their first pick at 30.

That gives the Packers two choices if they want to pick a quarterback in the first round: reach for a player like Jake Fromm or trade up and surrender additional picks or players to move up and select one of the higher-ranked quarterbacks.

Again, this reduces the Packers ability to add players who could help them win now while Rodgers is still their starter.

Sure, if a franchise quarterback falls to the Packers at 30, they shouldn’t pass on him. Rodgers was considered a candidate to be the first pick overall back in 2005 but managed to fall all the way to the Packers at 24. This is a very rare occurrence. The Packers weren’t necessarily planning on drafting a quarterback in the first round that year, but Rodgers’ value was too great to pass up. If it happens again, sure, add the franchise quarterback, but the odds of this taking place again are very unrealistic.

4. The Packers Are a Contender Now

Yes, the NFC is loaded with good teams but the Packers right now are definitely considered contenders. They are coming off a 13-3 season and will be considered a favorite to return to the playoffs in 2020 barring several key injuries.

The Packers are built to win now and should do everything they can to realize that potential. The team has several more pressing needs than adding a quarterback this year.

That is not to say the team should neglect the future, but chances to win titles don’t come along too often and when the window is open, teams must do all they can to take advantage.