The Alternate Universe: Mets at Brewers 4-12-20 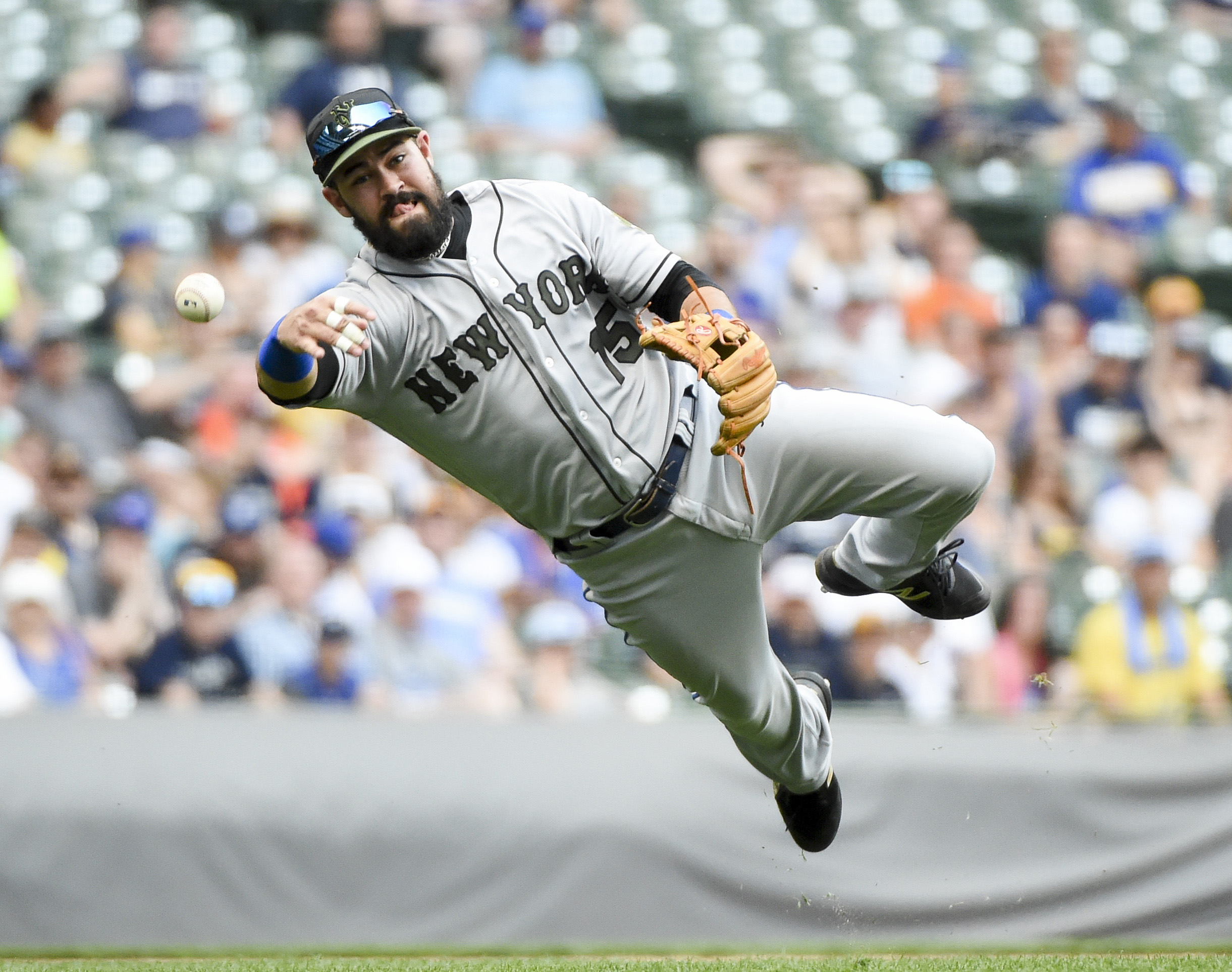 The Alternate Universe: Mets at Brewers 4-12-20

You wanted good news? You got it. Early and often.

Right off the bat, you have Jacob deGrom starting. That would be enough good news. deGrom went seven innings and gave up four hits, one run, and struck out eight Brewers, giving the Mets a chance to win. But here’s the most surprising part: The Mets actually scored runs for him … and did so with the Sunday lineup! Would you believe that two 2 run singles by … Luis Guillorme and Tomas Nido? Oh, and throw in a two run HR by … Jake Marisnick? All off Brewers starter Josh Lindblom to give the Mets a 6-0 lead. Dom Smith’s three run dinger in the eighth put the final brush strokes on a 9-0 victory as Jeurys Familia and Edwin Diaz finished off the game without incident and got some work in in the process.

Holden’s partner, Mandy Molina, could only nod his head in agreement, even though nodding doesn’t really translate well to radio. But Holden was right … Jacob deGrom is really good, and maybe the Brewers should have tried harder to trade for him before all of those Cy Young awards, ya know?

More good news was that after the game, Brodie Von Monorail announced that Michael Conforto was fully healed from his spring training injury (right side) and would return from the injured list on Monday against the Braves at Citi Field. Conforto added to a lineup that’s already rolling along is going to be very, very interesting as the Flushing Nine went 9-6 without him, which is as good as you could have hoped for.

Speaking of injuries, rumors abound that the Brewers are looking for starting pitching help after having their rotation torched this weekend, and are rumored to be very interested in Jason Vargas. Oh please let this happen before the Brewers come to town on Friday.