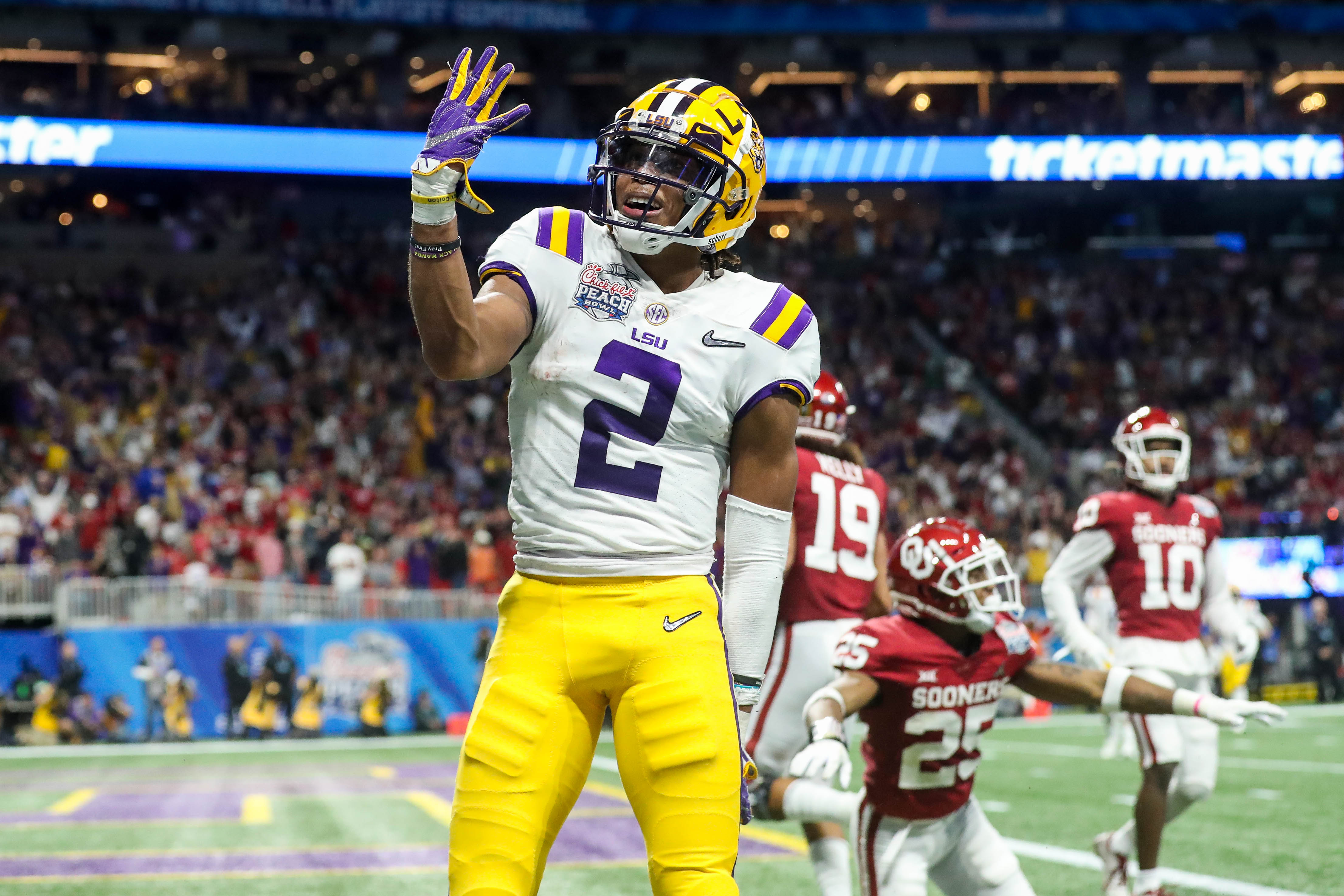 Justin Jefferson has been a name rumored around the Philadelphia Eagles for some time now. The Eagles have a definite need at the wide receiver position, and all indicators point to them taking a wideout early in the NFL draft.

The Eagles have the No. 21 overall pick, which is a bit of a tough spot, especially if they want to take top-rated receivers such as CeeDee Lamb or Jerry Jeudy.

Both Lamb and Jeudy are expected to be drafted within the first 15 picks of the draft. Therefore, if the Eagles were to draft Jefferson, what would they be getting?

For starters, Jefferson is a 6-foot-1 wideout from the national champion LSU Tigers. As a junior last season, he had 111 receptions (most in the NCAA) and 18 touchdowns. He also finished third in the FBS with 1,540 receiving yards.

Additionally, Jefferson had eight games where he accumulated at least 100-plus receiving yards and had four multi-touchdown games. His most notable performance came in the College Football Playoff Semifinal against Oklahoma, where he racked up 14 receptions for 227 yards and had a whopping four touchdowns.

With that type of production, it is easy to see why the wideout is being linked to the Eagles.

However, one does wonder if Jefferson can play outside receiver at a high-level in the NFL after lining up 81-percent of the time in the slot last season at LSU? The Eagles need to fill the slot position with Nelson Agholor signing a one-year deal with the Las Vegas Raiders in free agency.

While he doesn’t have the game-breaking speed of a Henry Ruggs, Jefferson ran a 4.43 in the 40-yard dash at the NFL scouting combine and had a 37.5 vertical. He also has good quickness and great hands.

If Jefferson is still on the board when the Eagles are on the clock, do not be shocked if he is the guy Philadelphia selects.