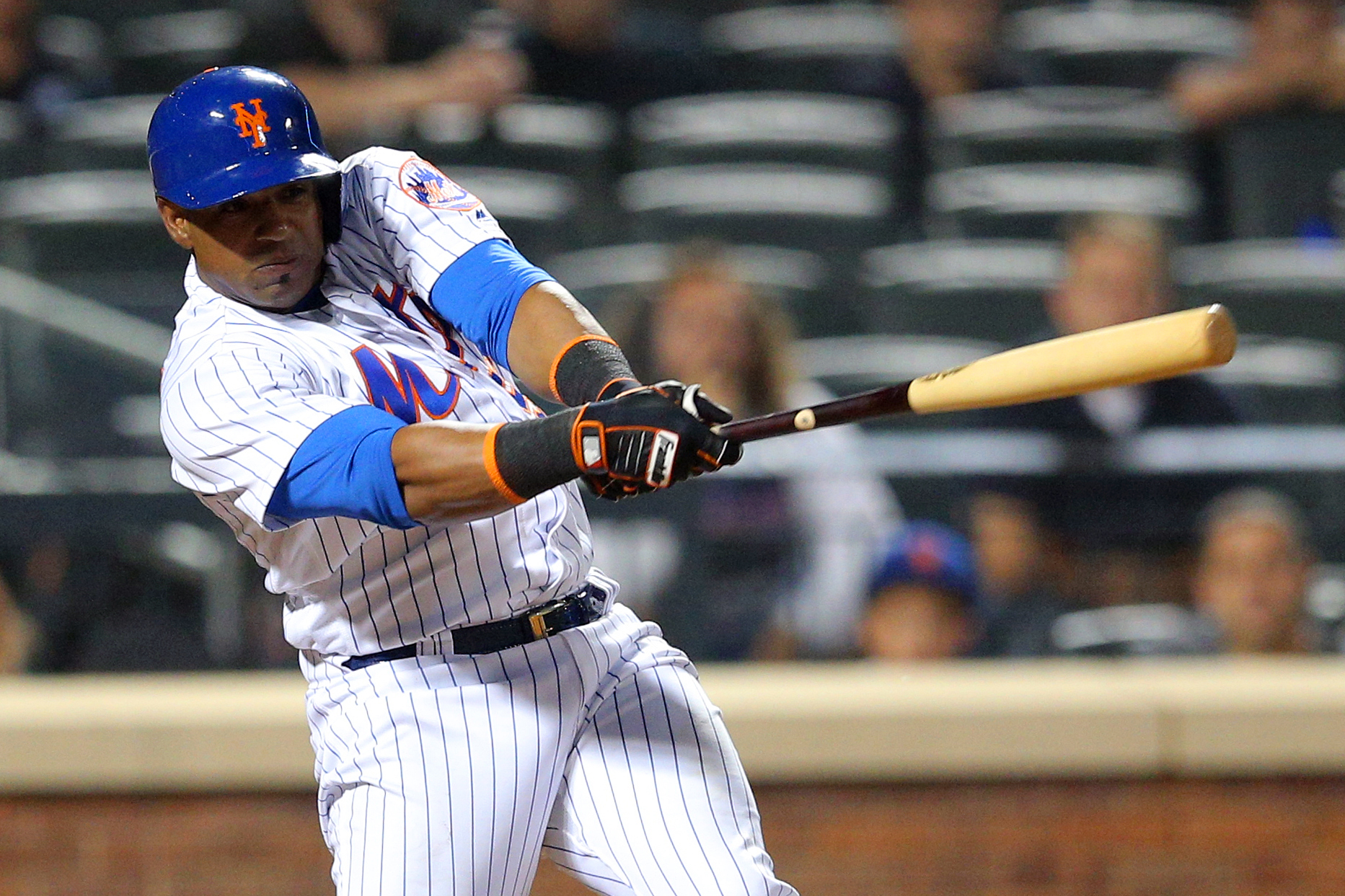 The good news keeps coming for the Mets.

Not only did Michael Conforto come off the injured list, but in a surprise move the Mets also activated Yoenis Cespedes for tonight’s game, as both Ryan Cordell and Chasen Shreve were sent down to AAA. So all the questions about finding everybody playing time will now start being asked in earnest going forward.

As for tonight, Conforto announced his presence with authority with a solo homer off Cole Hamels in the second inning to give the Mets a 1-0 lead. Meanwhile, Noah Syndergaard was continuing his great pitching from the Houston start, giving up just one hit over the first six innings (oh, and with a torn UCL). But the 7th inning was his undoing, and it wasn’t all his fault. Ozzie Albies chopped one towards third to J.D. Davis, playing third as Jeff McNeil is getting a rest after the road trip, but he fumbled it and gave Freddie Freeman a runner on base to work with. After Albies stole second off the Syndergaard/Ramos battery, Freeman worked the count to 3-2, and that’s when Syndergaard broke the cardinal rule of never throwing Freddie Freeman an off-speed pitch with two strikes.

It was a slider that didn’t slide as advertised, and Freeman put it into the Coca-Cola Corner to give the Braves a 2-1 lead. That’s how it would stay until the 9th as the Mets have obviously fallen victim to the “first home game malaise after a successful road trip” blues. But they tried to mount a rally in the ninth. Davis laced a single to left off Mark Melancon, who came back to strike out Wilson Ramos and Amed Rosario. McNeil came up to pinch hit for Robinson Cano and he laced a first pitch (big f’ing shocker) single to right to send Davis to third with two outs. Then, instead of Jake Marisnick, we got the grand return of Yoenis Cespedes. It was a perfect scenario. A chance to win the game off a righty closer who is known for his off speed stuff. Citi Field is growing exponentially nuts with every pitch as Cespedes works the count to 3-2. It was then that Melancon threw him the curve ball he wanted to see …

… and he swung through it for strike three.

The good news is that Cespedes walked back to the dugout after striking out to end the game … without a limp or a grimace on his face. He actually walked. One foot in front of the other, without an extreme amount of labor. He will help the Mets down the stretch … just not tonight. I guess the other bit of good news regarding Cespedes after this 2-1 loss is that at least he didn’t hit a fly ball over the wall that was robbed by Ender Inciarte.