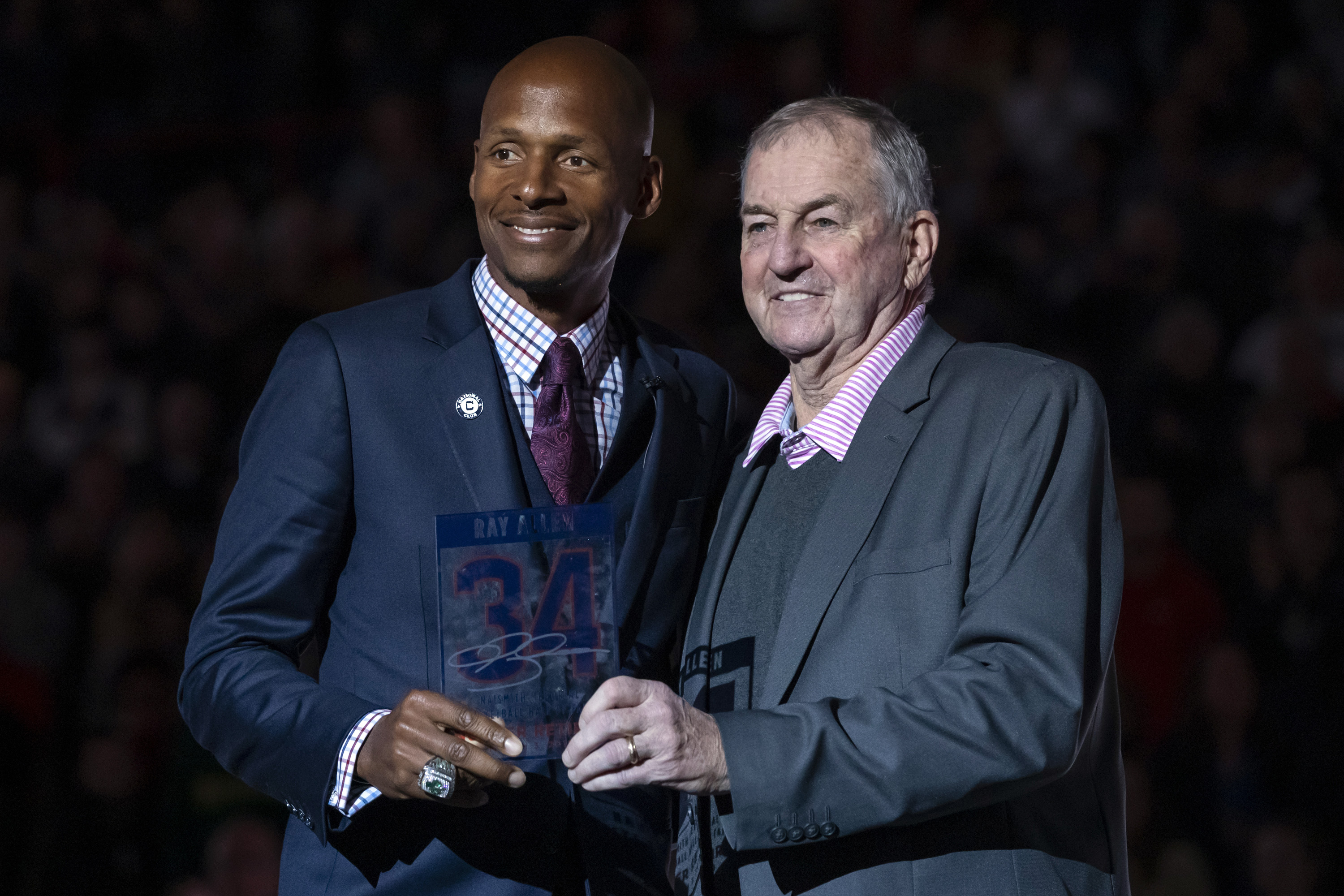 It’s been nearly a decade since Ray Allen signed with the Heat in free agency, but his former teammates still haven’t forgotten about his decision.

Allen won a title with the Celtics in 2008, playing alongside veteran stars Kevin Garnett and Paul Pierce, along with a young Rajon Rondo running the point. It was one of the best starting fives we’ve seen since the turn of the century, and was only fitting that the team won a title.

The sharpshooting Allen had played for the Bucks and Supersonics, but the best years of his career were spent with the Celtics. As such, it was predicted that he would finish his career in Boston.

However, Allen elected to join LeBron James and Dywane Wade in Miami in 2012, in a controversial move. The Heat were, after all, the Celtics’ biggest rival at the time, and KG, Pierce and Rondo still apparently have not forgiven him for doing so.

Allen never directly addressed how his move was viewed by his former teammates — until now, that is, during an interview with Cedric Maxwell.

“These guys kind of removed me from the ‘Big Three,’ said so many negative things about me and I haven’t had one negative thing to say about any of them,” Allen said, as transcribed by Josue Pavon of CLNS Media.

“We had tough times, we’re brothers. We went through a lot. But that doesn’t change anything that we’ve done. It hurt me over the course of this time just to hear some of the things that have been said.”

Allen also explained why he decided to leave Boston for South Beach.

“I left as a free agent,’ Allen said. “I left because there were so many unresolved issues that the team wasn’t considering or willing to change.”

He told me that he & KG have to have a conversation before he’d attend HOF or #Celtics Jersey retirement.

Don’t u think it’s time for these 2 legends to talk it out?

It sure looks like Allen was blackballed by his former bros.