A full 2020 season for Eagles and NFL looks very unlikely 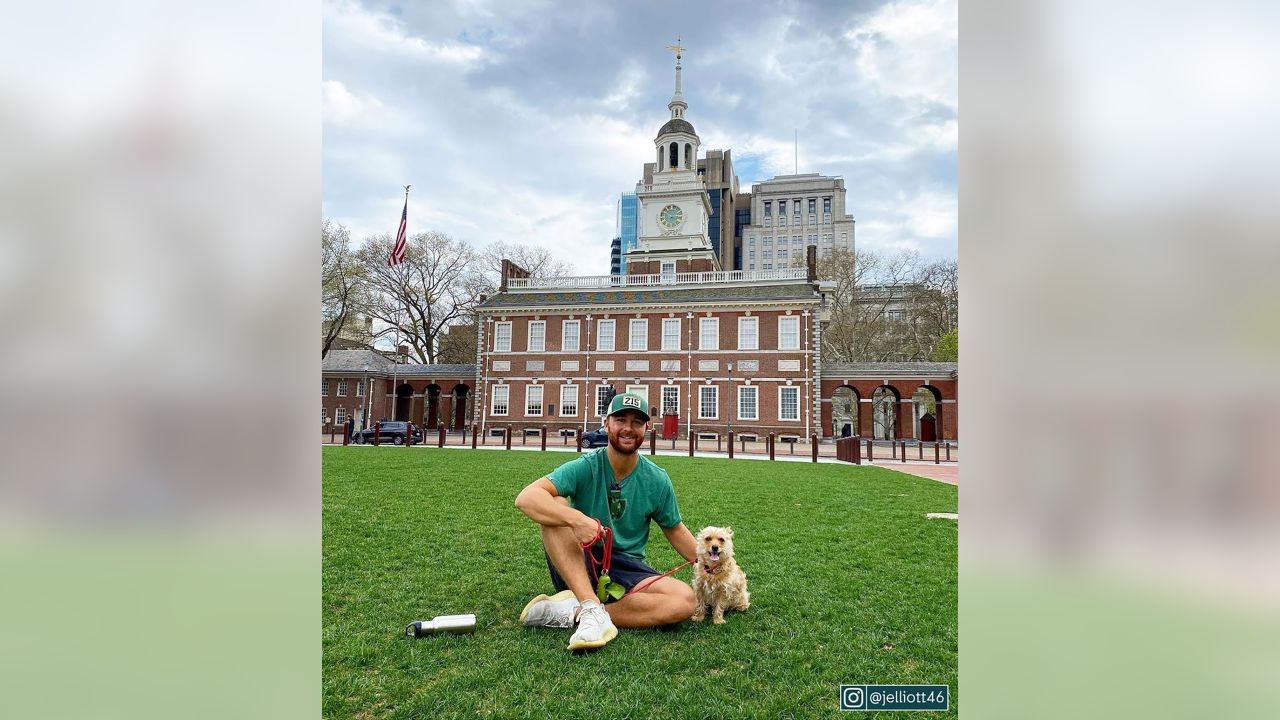 A full 2020 season for Eagles and NFL looks very unlikely

That’s how EYE see it right now, here in the middle of April… I hope to be wrong about it.

That doesn’t mean you should refrain from submitting your MACH 10 Draft Challenge entry in the Comments below or at rslupean@excite.com….  the Draft will proceed no matter what (April 23-25).

But the reality may be those draft picks will never see the field until the Spring of 2021.

Basically any and all stadium events have been shut down by most USA governors for the rest of the year 2020, due to COVID-19 parameters.

Universal testing and vaccines are still at least a year away.

And who knows when we’ll even be able to fly out of Philadelphia airport again, let alone get through all the added security checks?

We have never sugar-coated realities here at the EYE and we never will.

One bright light at the end of the tunnel?— possibly by the Spring of 2021, the NFL may be able to rig a shortened 6-game regular season concentrated upon each NFL division, with a playoffs system and “Super Bowl” climax extending into June of 2021. But don’t count on it.

I have eyes wide open, but right now all I’m seeing is a huge void in the NFL continuum.

I wish I had bigger words of wisdom and encouragement.  Right now, all I can offer is, “Shit Happens”.

Meanwhile, due to the pandemic crisis, Patrick Dolan is the Eagles Employee of the Month.

“You probably don’t know Patrick Dolan, the vice president of football technology for the Eagles. He’s a behind-the-scenes employee in charge of the team’s football video department, responsible for everything from taping practices and providing cutups to the coaching staff to preparing video of games and upcoming opponents, and, in a normal April, making sure the coaches and the personnel department have every bit of video they need to watch NFL free agents and prospective draft picks.

“In a normal draft, my staff and I would be managing all of the video that is coming in from all of the universities – they would be submitting their Pro Days and we would have been ingesting that and merging that with all of the player profiles in our scouting system and making sure that all of our scouts and our coaches had access to all of that,” Dolan said. “For the most part, this would be Pro Day season and we would have been doing that for the last four weeks.”

But this is not normal. Far from it.

On March 12, Dolan and every Eagles employee was told that the NovaCare Complex would close for an undetermined period of time amid the COVID-19 global pandemic and that business – as it was, with NFL free agency starting in less than a week and with the NFL Draft to be held on April 23-25 and, extending the view, the team’s offseason strength and conditioning program – would be conducted from remote, safe, shelter-in-place locations.

For Dolan and the football operations group, this meant preparing for two of the most crucial elements of an NFL offseason in a drastically different environment. Instead of working from the confines of the NovaCare Complex and preparing for the NFL Draft in the two-year-old, state-of-the-art draft room there, Chairman and CEO Jeffrey Lurie had to work from his home, Executive Vice President/General Manager Howie Roseman from his home office, and Head Coach Doug Pederson from his home – stationed in his son’s third-floor bedroom – and that, somehow, they all had to be connected and have access to the same video and graphics and medical reports that they had at the NovaCare Complex and that the lines of communication had to be fluid and redundant and as reliable as possible.

In other words, the Information Technology department and the telephone/cell phone systems and the video all had to work without fail as the Eagles were tasked with building an infrastructure for roughly a dozen homes – Lurie, Roseman, Pederson, personnel department, medical staff, legal, salary cap – that would mirror the capabilities of the NovaCare Complex.

Using the Microsoft Teams platform to conduct video meetings, Roseman has been pleased with the results. And between now and when the draft begins on April 23, Roseman and the Eagles will have mock scenarios – “a bunch of mock drafts,” Roseman said – and trial situations for the seven rounds of the draft as well as the frenzy of the post-draft period when teams compete to sign players who were not drafted. The league will conduct a mock draft just to make sure that everything is working cohesively throughout the league. From an Eagles standpoint, the draft is part of what has already been in place. Dolan and his staff and the Eagles’ Information Technology team came together to load up all of the coaches’ tablets with Microsoft Teams – after extensive testing – to prepare for free agency, the draft, and, starting April 20 when the Eagles are permitted by the NFL to conduct voluntary workouts with the players, the offseason program.

It’s literally taken an Eagles village to prepare for the unknown, the pandemic that has crippled much of the world.

“The coaches and the scouts – everybody has been great. Our IT team has been great with all of the testing that we’ve done to make sure this would hold up with larger groups,” Dolan said. “This is how I’ve been communicating with coaches, for example, for years. If they wanted cutups of players late at night and they contacted me, and I was home, I was able to use this technology to get them what they need.”

Said David Sullivan, broadcast and AV engineer for the Philadelphia Eagles, who has been key in the process: “Probably one of the hardest things now is that we are so accustomed to having a beautiful draft room that really could display almost unlimited amounts of information simultaneously, so that when we got these instructions from the league about how we will be carrying out the draft this year, it’s been a challenge to kind of condense the information that we have and display it to the parties that will be geographically diverse. Thankfully, we’ve got a lot of great people, and tools and resources to do it, so a lot of our time right now is planning how we distribute that information, how we broadcast those images and screens and analyses and metrics – all of those different tools that we’re used to having. How do we take that and replicate it in all of those homes?”

“It’s been a really good process and it’s given everyone an opportunity to dial in on what we’re looking for and what we need,” Roseman said. “I’m proud of the people that we work with on a daily basis. At the NovaCare Complex, we have every resource at our disposal. It’s like being at NASA for the draft. You have these incredible monitors; you have all the research at your fingertips. There is nothing that you are wanting for. Everything that you need to see is there and we’re very fortunate to have that.

“This is a new experience, having that draft room. We won a Super Bowl having a different draft room (at the NovaCare Complex) and, with this, we will make do. There are a lot of people going through very difficult times right now and, for us, we think this is an opportunity to provide a distraction for the fans and have the draft, and to do a good job.

“I’m in my home office and even before this all happened, Pat and the video team did an amazing job setting up a mock office, so that at any point that I’m home, I have the same resources available to me now that I had at the facility in case something came up late at night or in the offseason. I have every single thing that I need, other than my people around me and they’re unbelievable and I miss them, but I have all the things I need in terms of draft board, things coming off the clock, video, really everything there. There are no excuses for us not to have a really good draft and draft process.”

“We’ll make sure we’re communicating as much as possible leading up to the draft, during the draft, and in the post-draft period,” Roseman said. “One of the benefits to this has been that we’ve all been able to dive in and trust each other and build camaraderie here. We can’t wait to get back to the NovaCare Complex, don’t get me wrong, but this is where we are. We have a job to do and we feel fortunate that we’re able to do that.”

Unfortunately all of that preparation does not guarantee a 2020 regular season.