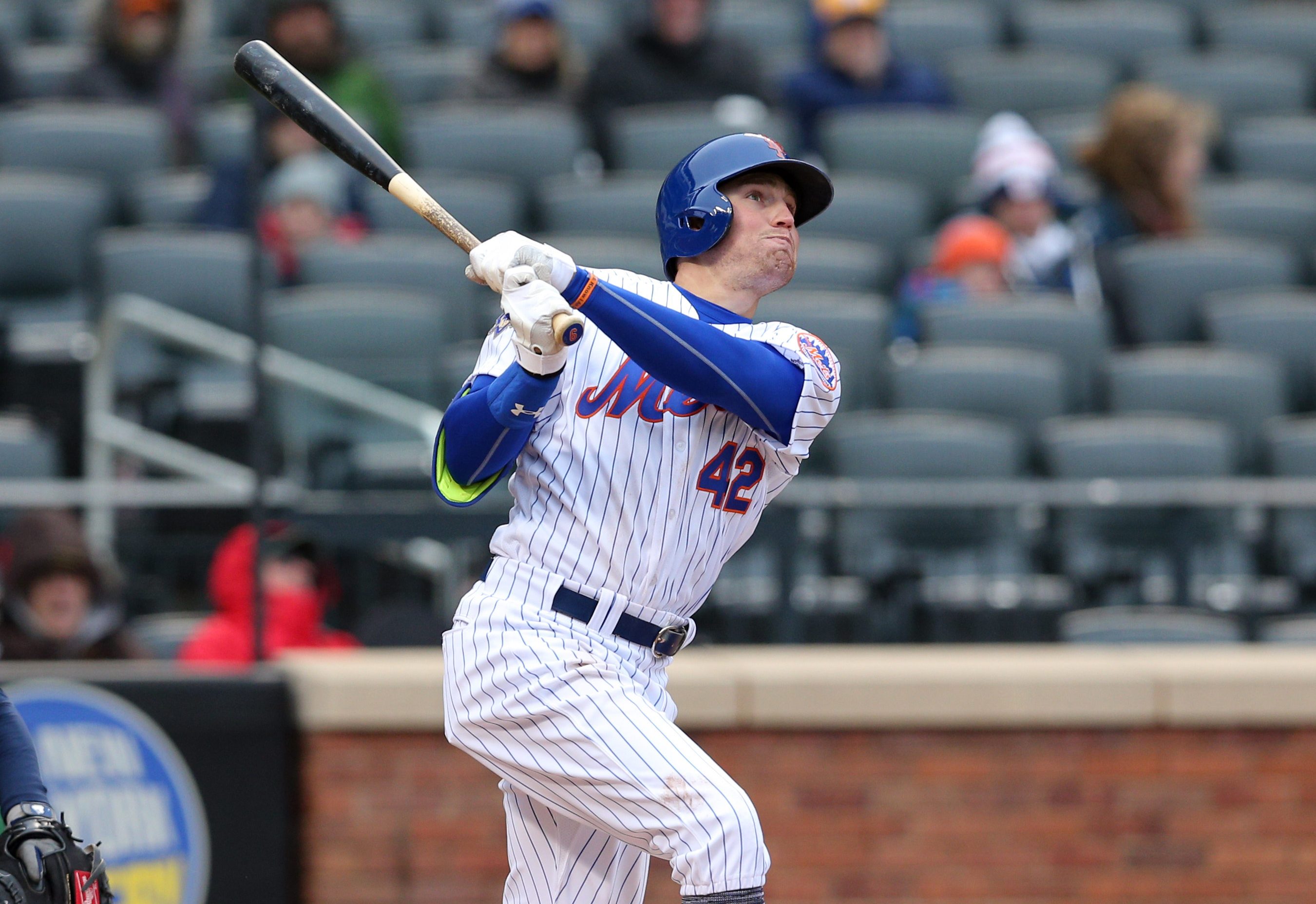 It’s always great when the Mets get to an ace, even if it takes them a while. Michael Wacha got dinked and dunked to death for four runs in six innings. But in the bottom of the sixth down 4-2, the Mets touched up Mike Soroka for three big runs after an error by Marcell Ozuna on a fly ball hit by pinch hitter Dominic Smith, a walk to Brandon Nimmo, and a three run HR by Jeff McNeil to make it 5-4 Mets in front of a rockin’ Citi Field crowd.

So we go to the ninth after Dellin Betances and Seth Lugo take care of the 7th and 8th. Edwin Diaz strikes out Ozzie Albies and Freddie Freeman to start the ninth inning, bringing up Marcell Ozuna. Ozuna hits a 72 hop Luis Sojo single to the right side, eluding Robinson Cano. Then, up comes Travis d’Arnaud, who hits a Texas Leaguer to the right side. Cano can’t get it as he stumbles and falls, and in the process he trips Michael Conforto, leaving Pete Alonso as the only non-prone Met on the right side to chase it. Meanwhile, Ozuna is trying to score all the way from first . Alonso throws a perfect strike to Wilson Ramos who … drops the damn ball. Ozuna scores to tie the game.

Oh, and Cano has a strained hamstring and is probably out for three weeks.

The Mets attempted a rally in the ninth. Dominic Smith led off the ninth with a single as a pinch hitter. Brandon Nimmo popped out but Jeff McNeil singled to the right side sending Smith to third. Alonso was then walked intentionally and the Braves brought the infield in. Davis then hits one on the damn button up the middle. But because of the shift the Braves put on, it went right to Ozzie Albies for the second out. Ramos, who was looking for redemption, sent a long fly ball to the track. To the wall.

We go to the 15th. Those remaining at Citi Field amidst the dropping temperatures and the aroma of Goya nachos and shame are looking for the sweet release of death. Paul Sewald gave them the next best thing: he gave up a home run to Travis d’Arnaud to make it 6-5. Three meek at-bats in the bottom of the 15th put this game (and me) to bed. So it’s Rick Porcello and a wiped bullpen against the Braves to tie the series and keep the Mets above .500. Awesome.