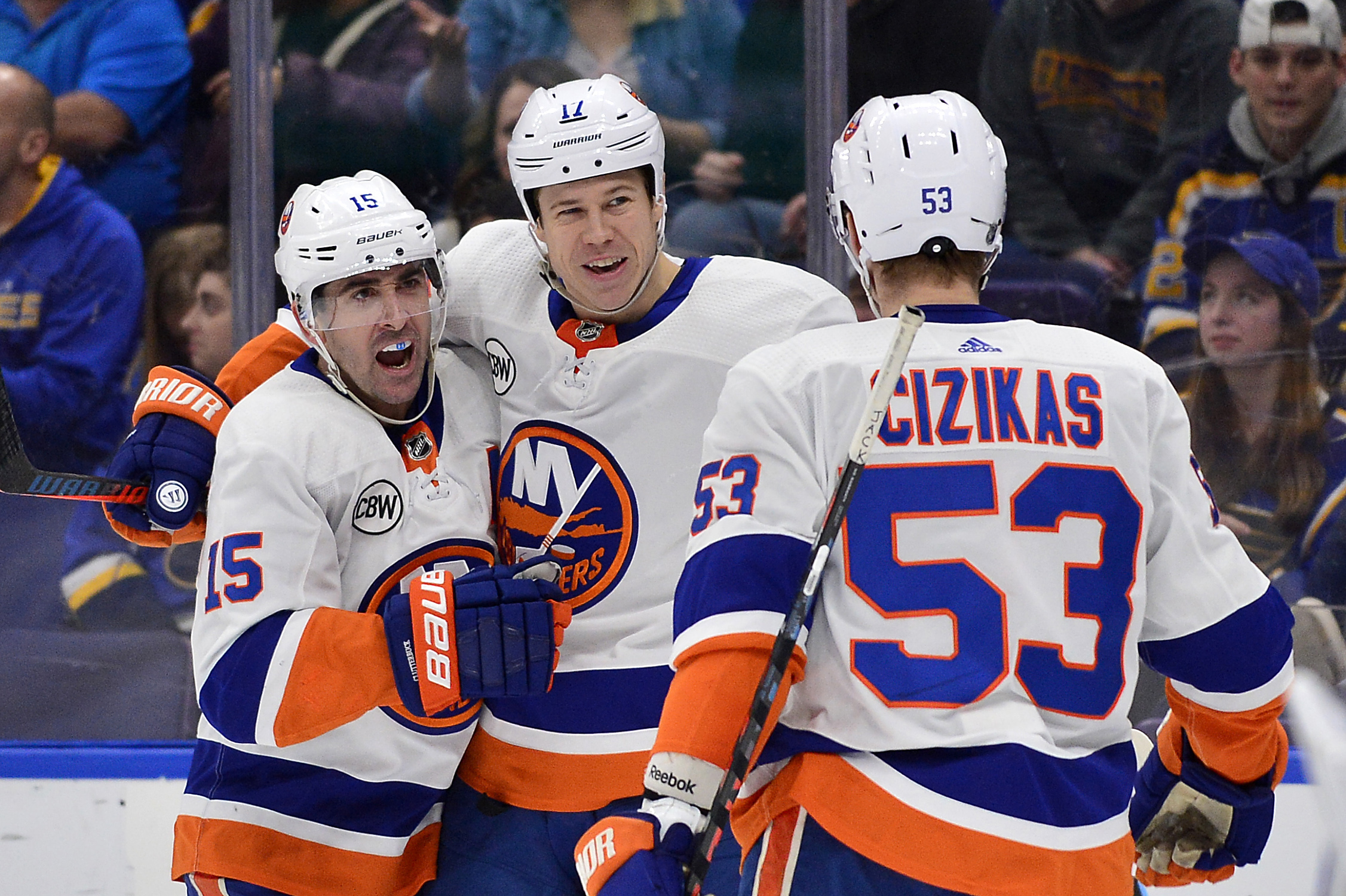 Since that elusive 10-game winning streak and 17-game point streak earlier in the season, the play of the Islanders has been lackluster, to say the least.

While there are many reasons for the team’s uninspired play, one of the lingering issues has been the health of the fourth line or lack thereof it. The fourth line consisting of Matt Martin, Casey Cizikas, and Cal Clutterbuck has been a springboard for success over the years, with the three using their hard-nosed style to generate opportunities.

However, that identity has been bruised due to obstacles with each players’ health.

All three of these forwards have missed time to due injury, resulting in other players being thrown into new roles, with lineup shuffles becoming a regularity. Even when two of the fourth line regulars have been healthy at a given time, when not altogether, their individual performances have taken a hit.

Players like Ross Johnston and Leo Komarov have done a solid job when asked to fill in on the fourth line role, but it is not the famed MC squared line.

The biggest piece holding this unit together has been the play of Casey Cikias, whose skill on most teams would have him higher up on the depth charts.  However, for the Islanders, he is a perfect fit centering this powerful fourth line.

The 29-yeard old centerman has missed 21 games this season due to a leg laceration suffered in a 5-3 win against the Philadelphia Flyers on Feb. 11.

Here's where #Isles Casey Cizikas was injured.
Looks to be cut with a skate blade. pic.twitter.com/jP3hkkr2da

Cizikas was a player who put up 20 goals last season for the first time in his career and this year he has lit the lamp 10 times and was on pace to finish the season with somewhere around 17 goals. For a team that has struggled to score, this would have relieved some of that pressure.

Cizikas’ best attribute is his skill in the face-off circle, winning 53 percent of his draws this season, which is the main reason why this line has been so heavily relied on.

Before Cizikas went down, Clutterbuck had been out of the lineup after taking a skate to the wrist in the 4-3 shootout victory over the Boston Bruins on Dec. 19.

He missed over 10 weeks of action with the injury and was absent for 32 games. While he is only good for around eight goals a season, his physicality and grit is something that compliments the play of Cizikas quite well.

Meanwhile, Martin has been the healthiest of the group, but he still has missed an extensive amount of time too. After a freak injury in a 4-2 win against the Ottawa Senators back on Oct. 25,  Martin missed around four weeks of action.

While he too is not someone who provides much offensively, his physical style of play and forechecking ability help complete a line that together is a force to be reckoned with.

If or when hockey does make its eventful return, this line will be healthy and united, which becomes a huge advantage for a team currently two points out of a playoff spot.

If the Islanders find a way to finish the regular season in a playoff spot — again if there is a regular-season to complete — it would most likely mean a first-round matchup against the best team in the league point-wise in the Boston Bruins or the fourth-best Tampa Bay Lightning. Those are two highly talented teams that are known for their scoring prowess and their ability to run four strong lines.

With the Islanders having their fourth line back and healthy, that would provide another weapon that plays to the defensive system that Trotz has put in place. This line is not just responsible, but also physically-minded which puts a lot of pressure on their opponents when they have the puck.

With teams that are built off raw speed and skill, laying the body will do wonders for momentum, especially in an underdog-type role which the Islanders will be playing regardless of who they are matched up against.

This fourth line has the power to not just turn this season into a successful one, by actually making the playoffs, but also by giving a much-needed confidence boost to a team that has seen that confidence take a hit in their absence.