Tua Tagovailoa shoots down talk of medical issues ahead of draft 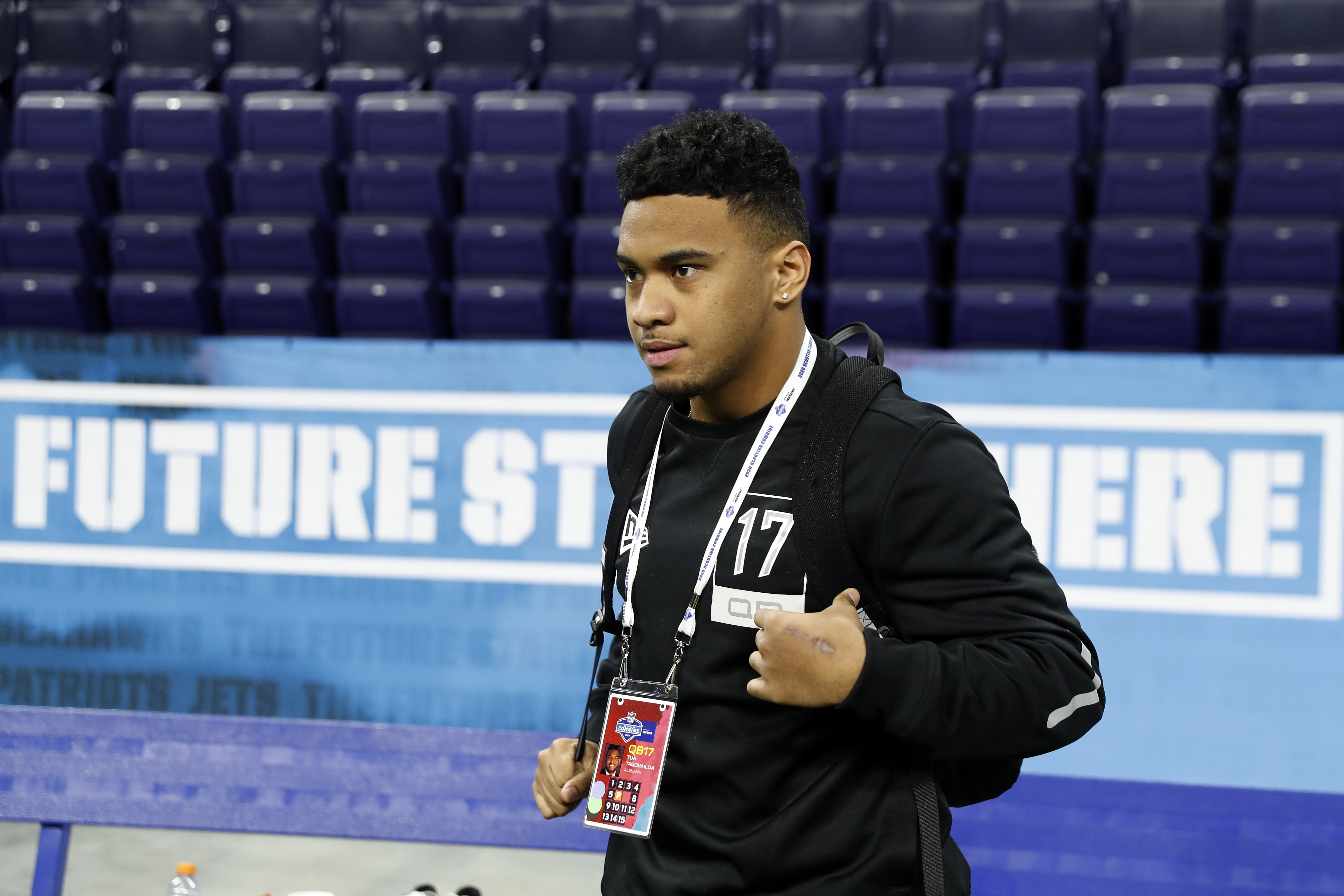 Tua Tagovailoa shoots down talk of medical issues ahead of draft

Alabama product Tua Tagovailoa remains one of the most intriguing prospects in the 2020 NFL Draft class, as his ceiling suggests that he could be the best quarterback, but he also has an extensive medical history.

Tagovailoa is coming off major hip surgery, and there’s also been rumors of him having had wrist issues in the past. One report even suggests that he’s fractured his wrist twice, although that’s yet to have been confirmed. Still, he’s also battled through some knee injuries over the past few years as well.

But if you ask him, he’s feeling great, and is in playing shape, which he told the Los Angeles Times.

“Mentally, the rehab process has been a grind … just strengthening all the parts around the hip, the glute, hamstring and quadriceps,” Tagovailoa said at the combine. “But (the medicals) were all positive. I’ll be ready to go.”

His agent, Leigh Steinberg, has said as much in the past, as he had this to say during a radio interview roughly one week ago.

Steinberg said that doctors “have been very clear that Tua’s health is fine. There’s no recurrence that’s going to happen here.

“The health concerns are overblown. We’re not playing croquet here. He checks out fine with the doctors who have spent time with him since the combine.”

Tagovailoa and his agent are saying all the right things, but what shape he’s in remains to be seen.