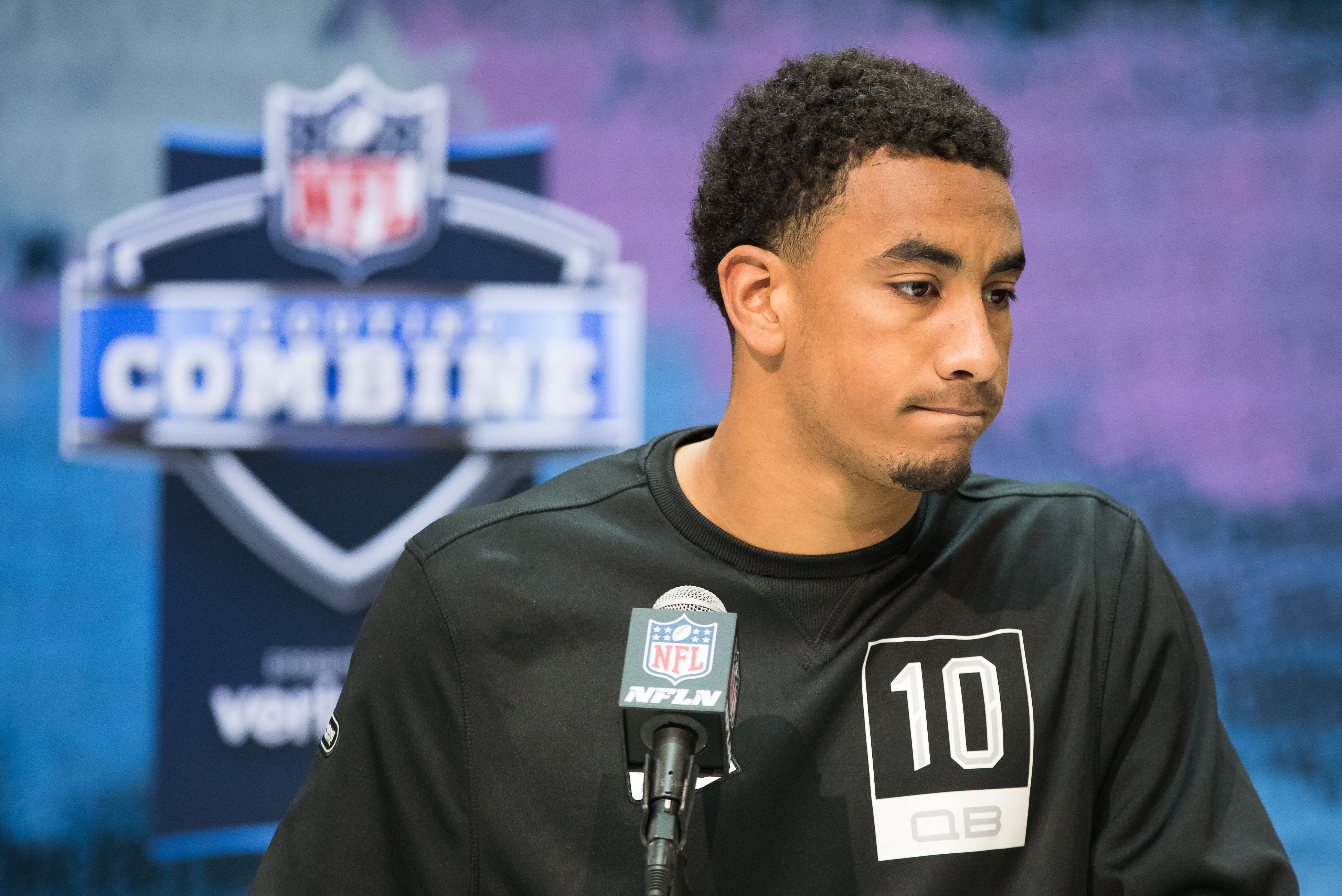 At the beginning of any handicapping analysis of the NFL Draft is the importance of not getting too obvious.  Counter to that is the fact that its imperative to avoid reaching or over-thinking a pick. With that in mind the NFL Draft betting odds

question of Jordan Love vs. Justin Herbert takes both extremes into account.  Herbert epitomizes the prototypical NFL quarterback in build, ability and school.  Counter to that is Love, who is not nearly as well known with different skill sets and from a Group of Five school.

Love and Herbert are on the board in the fascinating question as to who will go first.  While Herbert is the prohibitive favorite, he is hardly a lock. What makes Herbert the favorite is Power Five name recognition.  He became a brand as the starting quarterback of the Oregon Ducks. Oregon won the Rose Bowl last January which adds to Herbert’s cache.  Love had a much more obscure career at Utah State. However, his playing ability was so good that it became impossible to ignore.

Certainly, Justin Herbert was the perfect quarterback for the Oregon Ducks spread attack.  Herbert’s athleticism and ability to escape the rush with accurate throws made him a dangerous weapon.  NFL scouts place value on all of those attributes as necessities for success at the next level.

Next, Herbert brings all of the natural God-given abilities that make NFL scouts salivate over his pro potential.  Herbert stands at six feet, six inches tall. He possesses the best fire cannon arm of any quarterback in the 2020 NFL Draft.  Lost in those traditional traits is the fact that he is much more mobile than what meets the eye. It all combines for the “perfect package.”

Balanced against Herbert is his inconsistency.  He was simply not able to sustain success over the long term.  Sure, not all of that was his fault on a rebuilding Oregon program but his own play fell short at times.  Hebert frustrated fans and gamblers as a four-year starter that they could not fully depend on. Further, in some of the biggest games on the Oregon schedule, he was not always an asset.  And from a pure passing perspective he often lacked finesse and touch on short and intermediate range passes.

Compared to Justin Herbert, Utah State’s Jordan Love can hit every type of pass with precision.  He has the throwing touch that Herbert lacks. His ability to hit throws short and deep make him a potentially strong sports betting value for the 2020 NFL Draft.  So too can Love make plays with his legs.  His running ability is superior to Herbert’s.  And in today’s NFL with such quarterbacks as Patrick Mahomes and Lamar Jackson that can be a difference maker.

Of great concern is that Love did not have a great 2019 season.  That lack of production at the Group of Five level has undeniably hurt his draft stock.  Some of the blame rests with a new coach and an average Utah State program in transition.  To show the Aggies lost nine starters from 2018. Additionally, Love can sometimes try to do too much on his own.  Another detriment with the NFL Draft betting odds from CashBet Sportsbook is that he is known for staring down receivers.

Commencing with his complete physical package and leading Oregon to the Rose Bowl title is Herbert the understandable favorite.  Offsetting that is his maddening inconsistency. Yet NFL Scouts simply can’t get over his build, arm, mobility and potential. Herbert should go before Love in the 2020 NFL Draft.