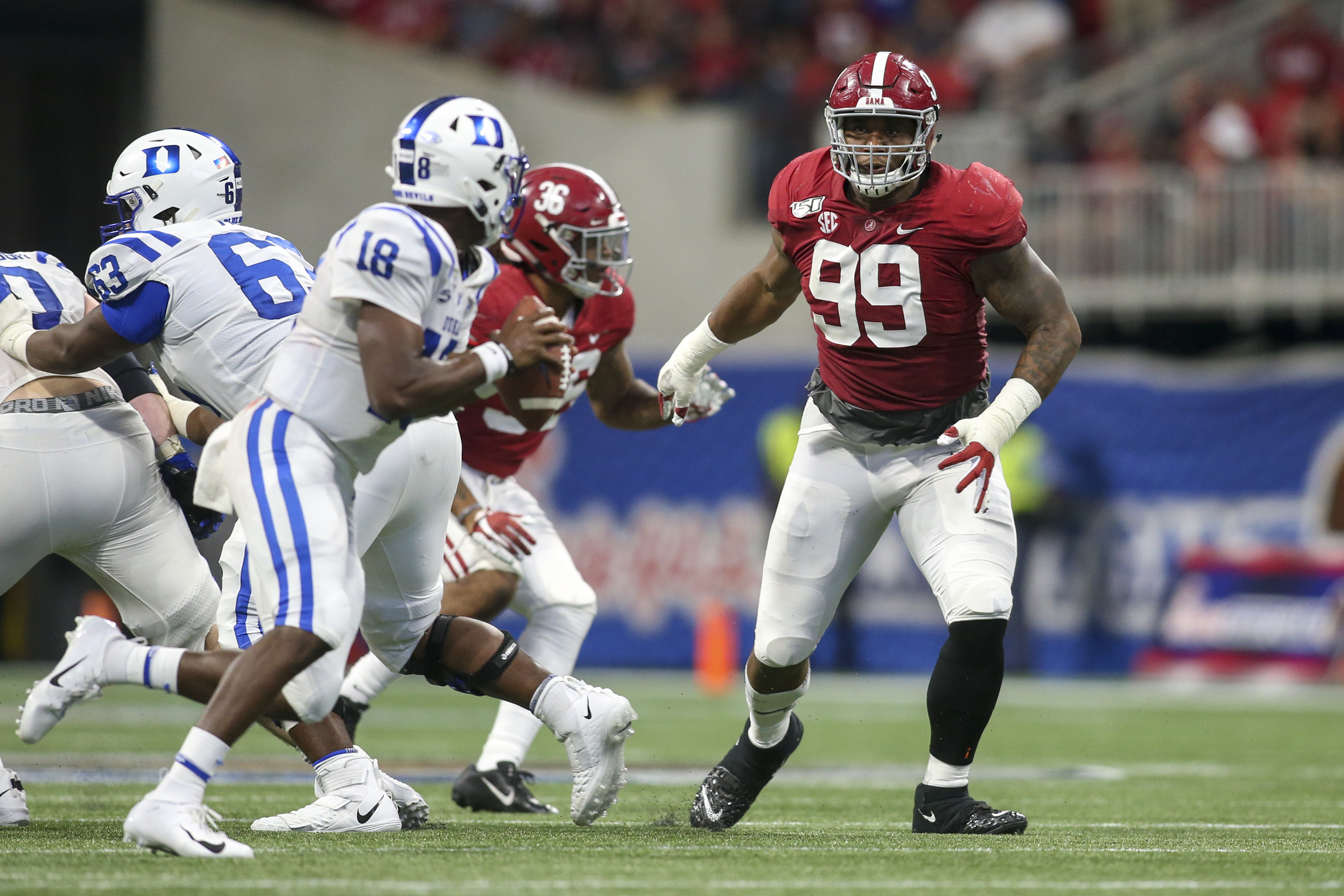 With the 2020 NFL Draft on the horizon, there’s been a ton of discussion surrounding the Philadelphia Eagles and various wide receiver prospects.

The Eagles are expected to address the wideout position early in the draft, potentially with the No. 21 overall pick. However, the team also has other needs at running back, cornerback, safety, offensive line, linebacker, and edge.

In addition to those listed positions, the team is reportedly scouting defensive tackle prospects. On Thursday’s edition of #PFTPM, former Alabama defensive tackle Raekwon Davis told Mike Florio that the Eagles and four other teams have been in contact with him the most.

Davis’ best collegiate season happened in 2017 as a sophomore, where he recorded 69 total tackles, 10 tackles for loss, 8.5 sacks (team-high), and an interception in 14 games. The playmaking defensive tackle was rewarded for his play, being named to the All-SEC first team.

For more on what Davis brings to the football field, here’s what Lance Zierlein said:

“Rugged and powerful with elite physical traits, Davis has the ability to impose his will on opponents and dominate at the point of attack. He plays long and strong with rare leverage for a taller player and holds positioning against double teams for linebackers to flow freely. He was all over the backfield in 2017 but hasn’t made nearly as many plays — against the run or pass — since then. Despite possessing unique traits and the potential to dominate, his upside could be a moving target based upon maturity level and continued growth as a rusher. He should be a first-round pick who can come in and start right away for an odd or even front defense.”

Zierlein compared Davis to DeForest Bucker and believes he will be a starter within the first two seasons. In regards to the Eagles, they are pretty stacked at defensive tackle with Fletcher Cox, Javon Hargrave, Malik Jackson, and Hassan Ridgeway.

The 27-year-old Hargrave was signed to a record-breaking three-year, $39 million contract in free agency. However, Cox is getting older and Jackson is coming off a major foot injury that ended his season in Week 1.

That being said, it would be surprising to see the Eagles use their first or second-round pick on a young defensive tackle.