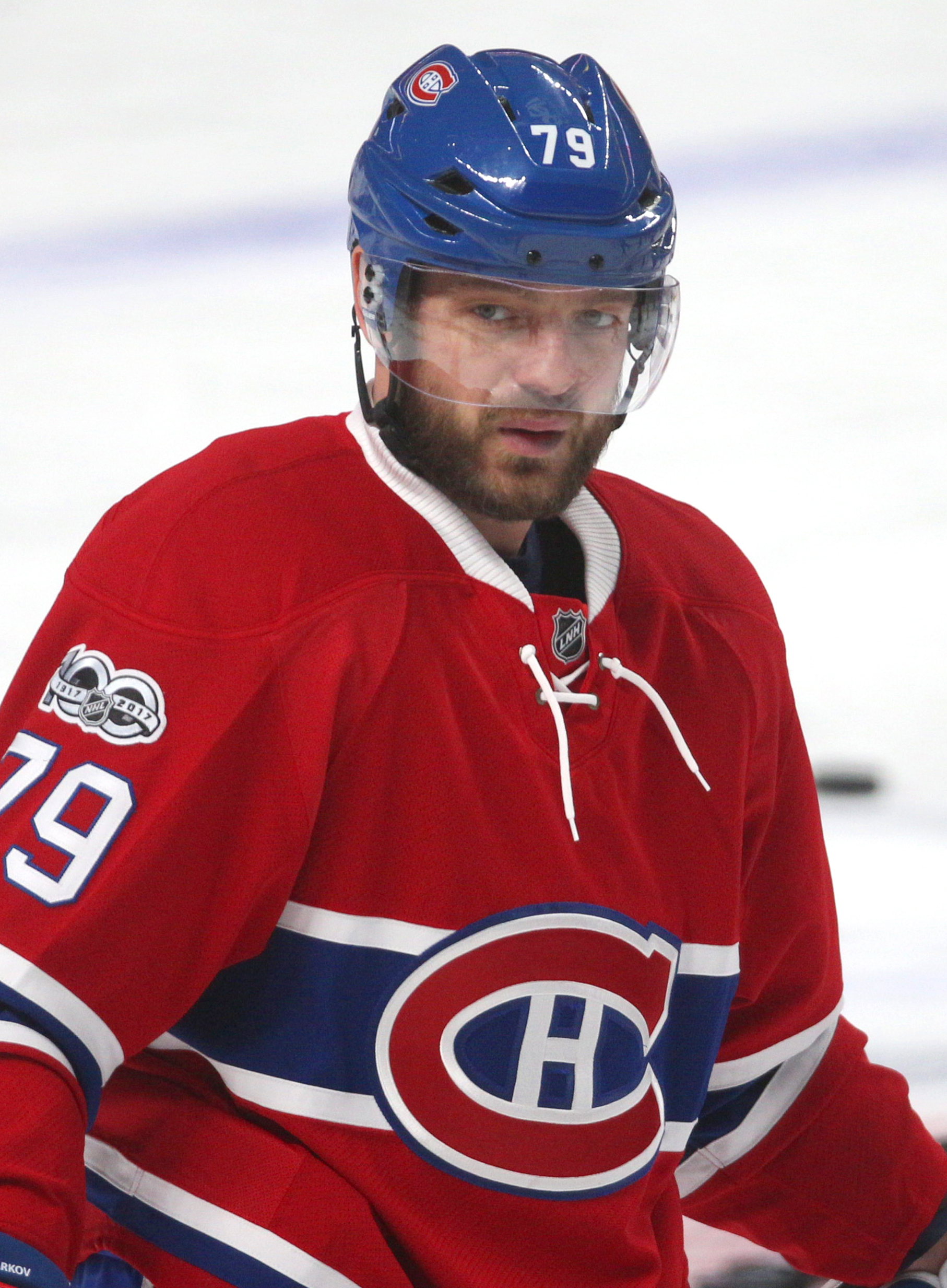 Former Montreal Canadiens defenseman Andrei Markov of Voskresensk, Russia retired as a professional hockey player at age 41 on Thursday according to the Canadian Press. Markov had spent 16 seasons with the Canadiens from 2000 to 2017. In the last three seasons Markov was with the Kazan Ak-Bars and Yaroslavl Lokomotiv of Russia’s Kontinental Hockey League.

Markov was originally the Canadiens’ sixth round draft pick, 162nd overall in the 1998 National Hockey League Entry Draft. In 990 National Hockey League regular season games, he had 119 goals, 453 assists and 572 points. He was a +64 with 505 penalty minutes, 294 power play points, 14 shorthanded points, 20 game winning goals and 1627 shots on goal.

In the Stanley Cup Playoffs, Markov played 89 games and had five goals and 27 assists for 32 points. He was a -7 with 56 penalty minutes, two game winning goals and 123 shots on goal.