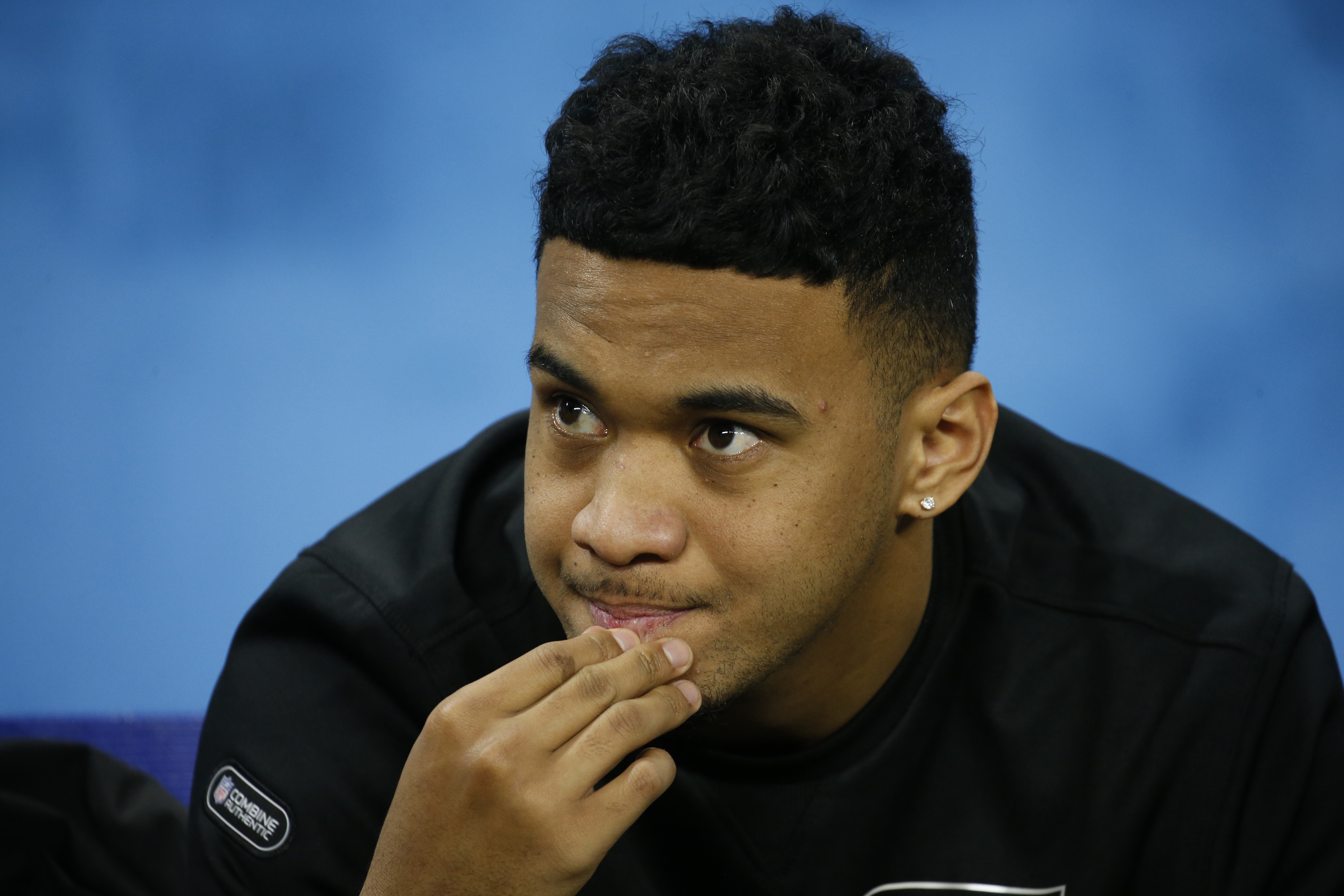 It’s crazy to think that during this time last year, Tua Tagovailoa would’ve been viewed as the best quarterback heading into the draft, if he would’ve chosen to declare in 2019.

However, fast-forward just one year later to present, and Tagovailoa could experience a meteoric fall, possibly slipping to even the third or fourth quarterback off the board.

The love for both Justin Herbert and Jordan Love is increasing — for different reasons, as each signal-caller offers a different skill set that could be viewed as attractive in the eyes of NFL teams.

As for Tagovailoa, no one would question his skill set or football IQ. However, his extensive medical history is troublesome, and could result in him falling dramatically in the draft next week, according to a report from Bleacher Report. It reads:

Rumor 5: Tua Tagovailoa falling in Round 1

Fans don’t want to hear this, but Tua could absolutely fall in this draft because of injury concerns.

He’s QB2 in my rankings and one of my favorite people and players in this class, but a broken hand (plus surgery), two ankle surgeries and the major hip injury are huge question marks that are tough to check off your list of worries when you can’t get him in for physicals and have your own doctors evaluate his medicals.

It’s interesting because many believe the Dolphins were “tanking for Tua” during the first half of last season, but all signs are them toward rolling with Herbert instead. What will be interesting is if Love somehow gets taken before Tua, and it’s possible.