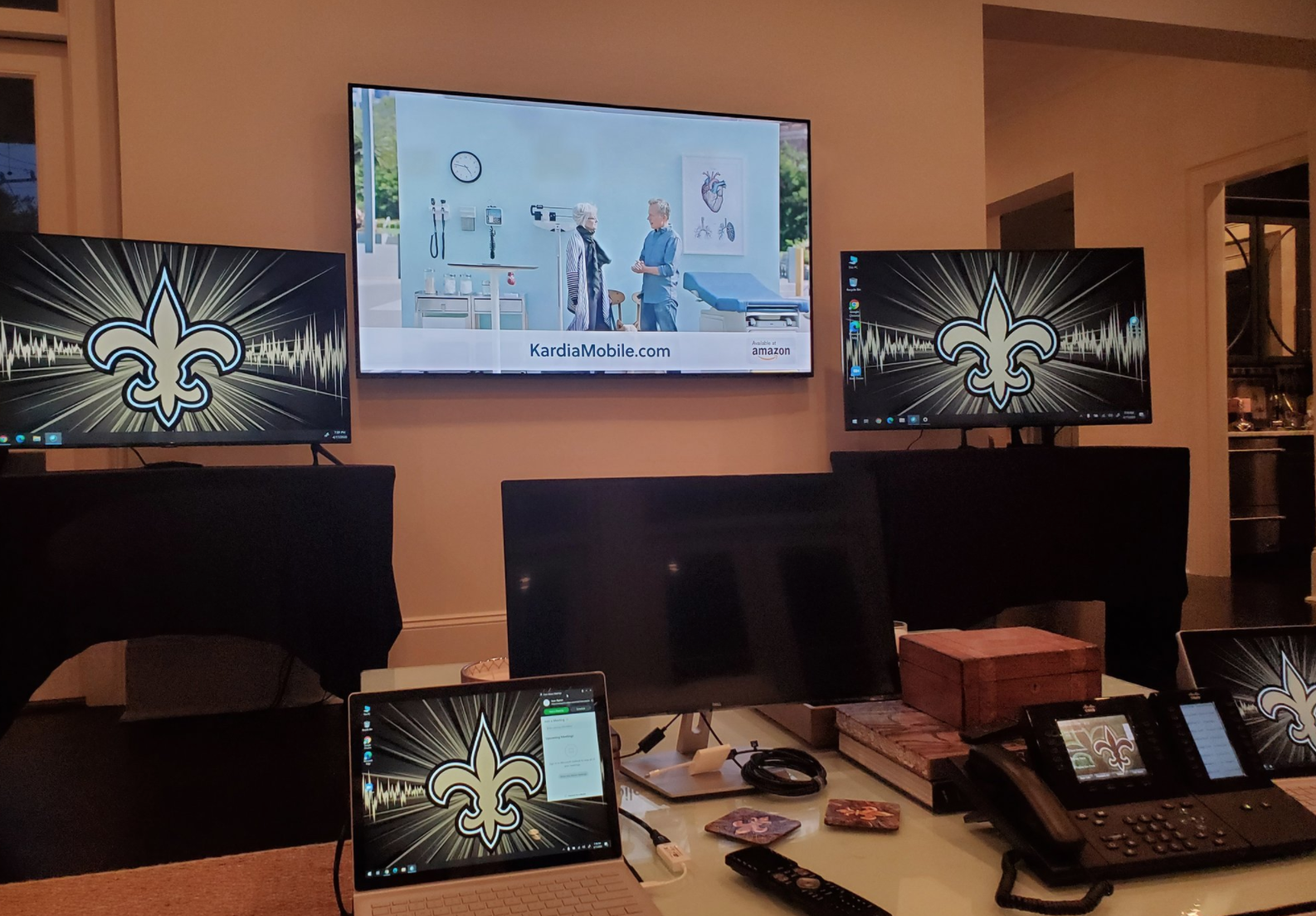 Saints head coach Sean Payton won’t be drafting from a local brewery, as he had initially planned, but that doesn’t mean he’s not set up for the big event.

The 2020 NFL Draft is now less than one week away, and Payton already has his draft space set up.

It’s a virtual draft, so Payton needs plenty of monitors, as well as phones, and apparently, that’s exactly what he has.

Only if she's Tech savy! pic.twitter.com/k6D4RWEkjU

We’re digging the business phone, as it reminds us of life in the cube farm.