The Alternate Universe: Brewers at Mets 4-18-20 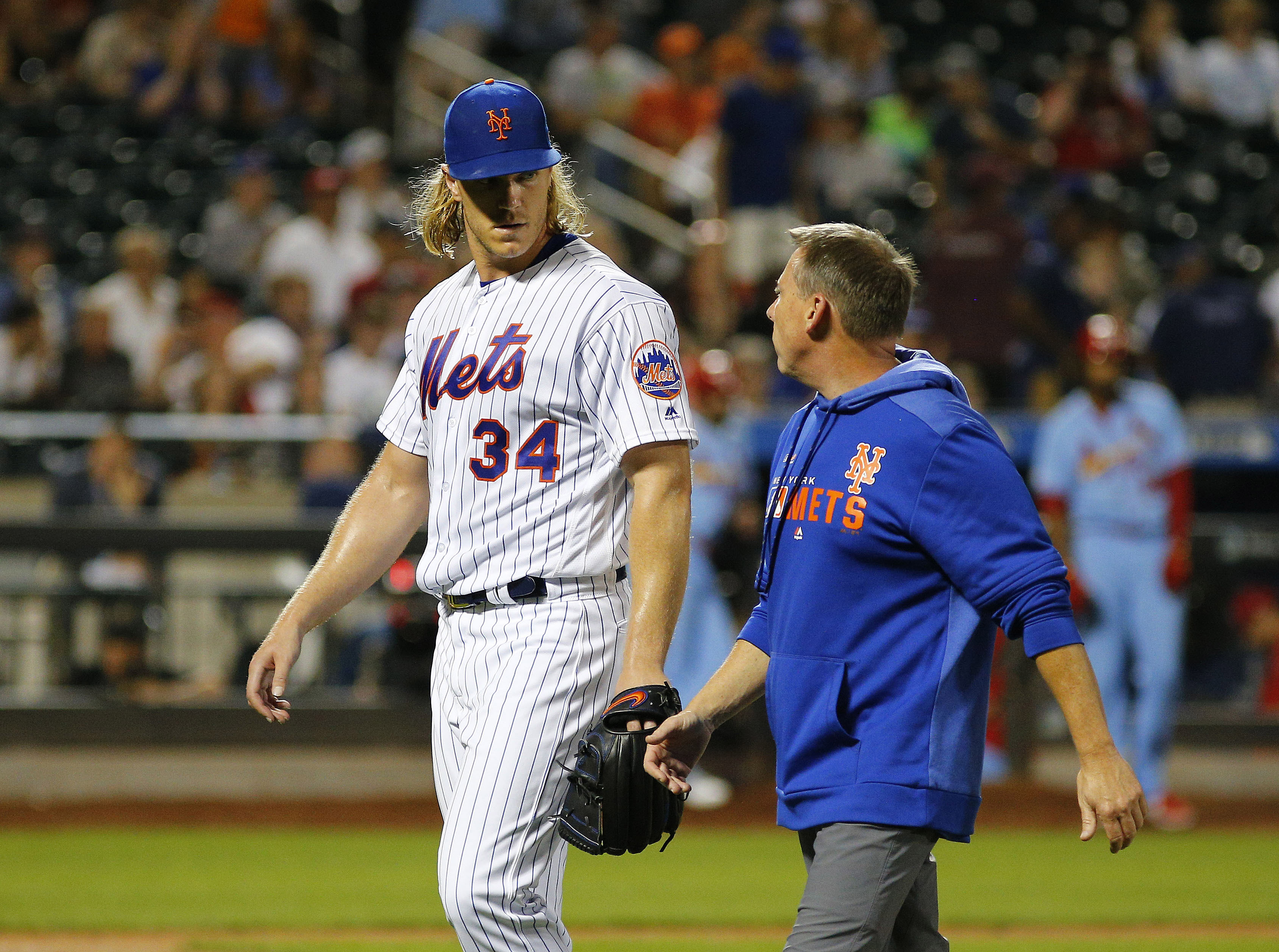 The Alternate Universe: Brewers at Mets 4-18-20

The Mets’ lineup continues to dominate, as they put up a three spot in the first inning against Brandon Woodruff, who had missed a start due to a flexor strain (which is part of the reason why they went and signed every ex-Met in Scott Boras’ rotted fruit aisle. After Brandon Nimmo struck out, Jeff McNeil worked out a walk, Pete Alonso hit an infield single, and J.D. Davis ripped a single to left to make it 1-0. Then after Wilson Ramos walked, Amed Rosario singled up the middle to make it 3-0.

Noah Syndergaard was dynamite through five innings, striking out six, giving up two singles, and not walking anybody. So imagine everyone’s surprise when Daniel Zamora came out for the sixth inning after Syndergaard came out for warmups.

“It doesn’t seem to be anything that’s going to cause a bit of concern. It was getting cold out there and Noah told me he was experiencing a little fatigue in his arm so we shut him down. We don’t think he’s going to miss his next start.” -Luis Rojas

Syndergaard’s velocity did dip a little bit in the fifth and, let’s face it, with a torn UCL that he’s trying to pitch through, any little thing is going to cause at least a little bit of concern. So let’s not fool ourselves here.

Dellin Betances gave up a long home run to Ryan Braun in the 7th, but the Mets got that run back in the bottom of the 7th as Braun booted one into the Mets dugout to score Rosario to make it 4-1, and that’s how it would end. For the Mets, it’s their third straight victory to bring them to 13-8, but of course the main concern was Syndergaard’s arm not snapping like Mickey Callaway after a salutation.

“The health and performance team monitors all players, and we will collaborate on the best course of action for Noah. He seemed in good spirits after the game and didn’t seem to be in any outward pain. So we’ll monitor and take the appropriate course of action, but we don’t think this is going to be a long term issue.” -Brodie

“First thing Noah did after the game was make fun of my hair and my X-Box skills, so I’m not too worried.” -Robert Gsellman

Please tell me you can’t tear your UCL playing Fortnite.