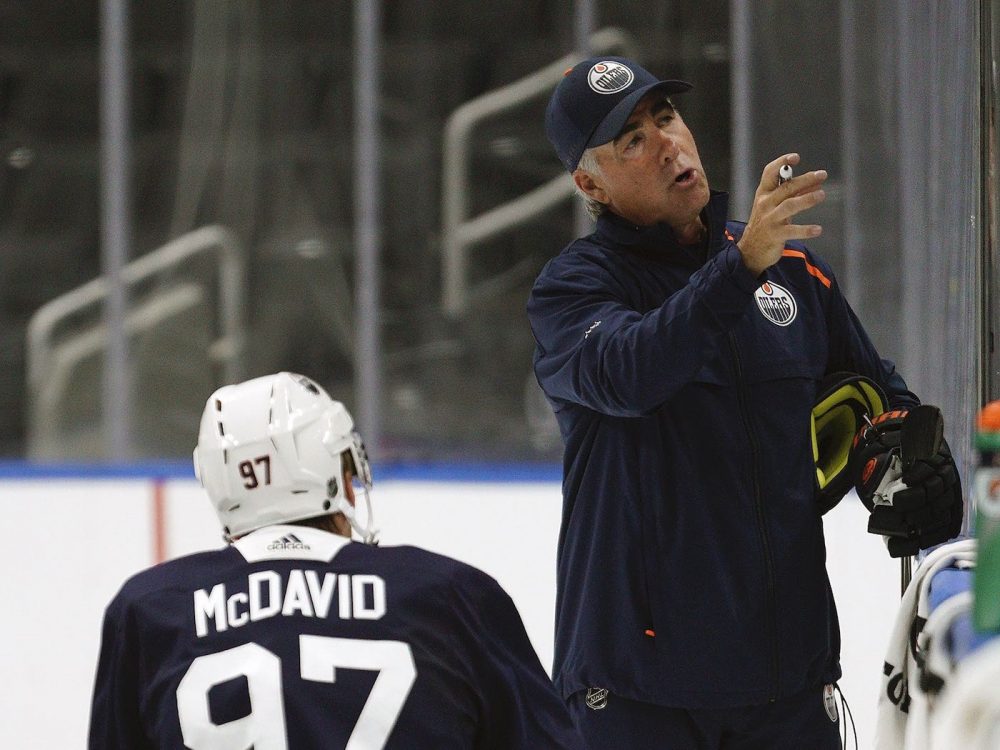 Dave Tippett was one of three NHL coaches that spoke via video chat on Friday afternoon. Joined by Barry Trotz of the New York Islanders and Joel Quenneville of the Florida Panthers, Tippett spoke at length about a variety of different topics.

One that really stood out? His comments on Connor McDavid and Leon Draisaitl. Everyone knows the ‘dynamic duo’ are two of the best players in the NHL, but there is more to it. Their passion and desire to win really helped spark the Oilers turnaround this season. They were close to a lock for the postseason when the league went on pause in March due to COVID-19.

“Their commitment to winning has been phenomenal,” Tippett said, via the Oilers website. “Both have been outstanding. Phenomenal hockey players, but from a coaching standpoint, the ability to talk with them, relate with them, them wanting to do what’s best for the team, that’s one of the biggest things this year that I’ve taken out of Edmonton.”

Tippett was in his first season with the Oilers in 2019-20. He’s coached many star players before, including Mike Modano, Sergei Zubov, Brad Richards and Shane Doan. He knows a special player when he sees one.

“Both Connor and Leon are great young players, unbelievable talents, but they both recognize that individual players don’t win championships, teams win championships,” he continued. “They’ve been really strong advocates of making sure we play a team structure.”

Structure has been an issue for the Oilers in prior seasons. The club struggled mightily defensively in both 2017-18 and 2018-19. Those were key reasons why those two teams both missed the Stanley Cup Playoffs.

Structure has been key under Tippett. The veteran coach has a history of getting the most out of his rosters. He was doing that again this season in Edmonton. Although he is known as a defensive coach, Tippett also allows his team to be themselves. That allows trust to grow between player and coach.

“They know they each have a big role to play on our team, and I believe with players like that you have to allow them to be themselves and allow them to maximize the assets they have, which are obviously outstanding,” Tippett said.

“That being said, they still have to buy into the team structure we’re dealing with, because the team is trying to win. I’m really fortunate that both those guys are hungry to win. They know they have to do their part.”

Up until the pause, that’s exactly what was happening.