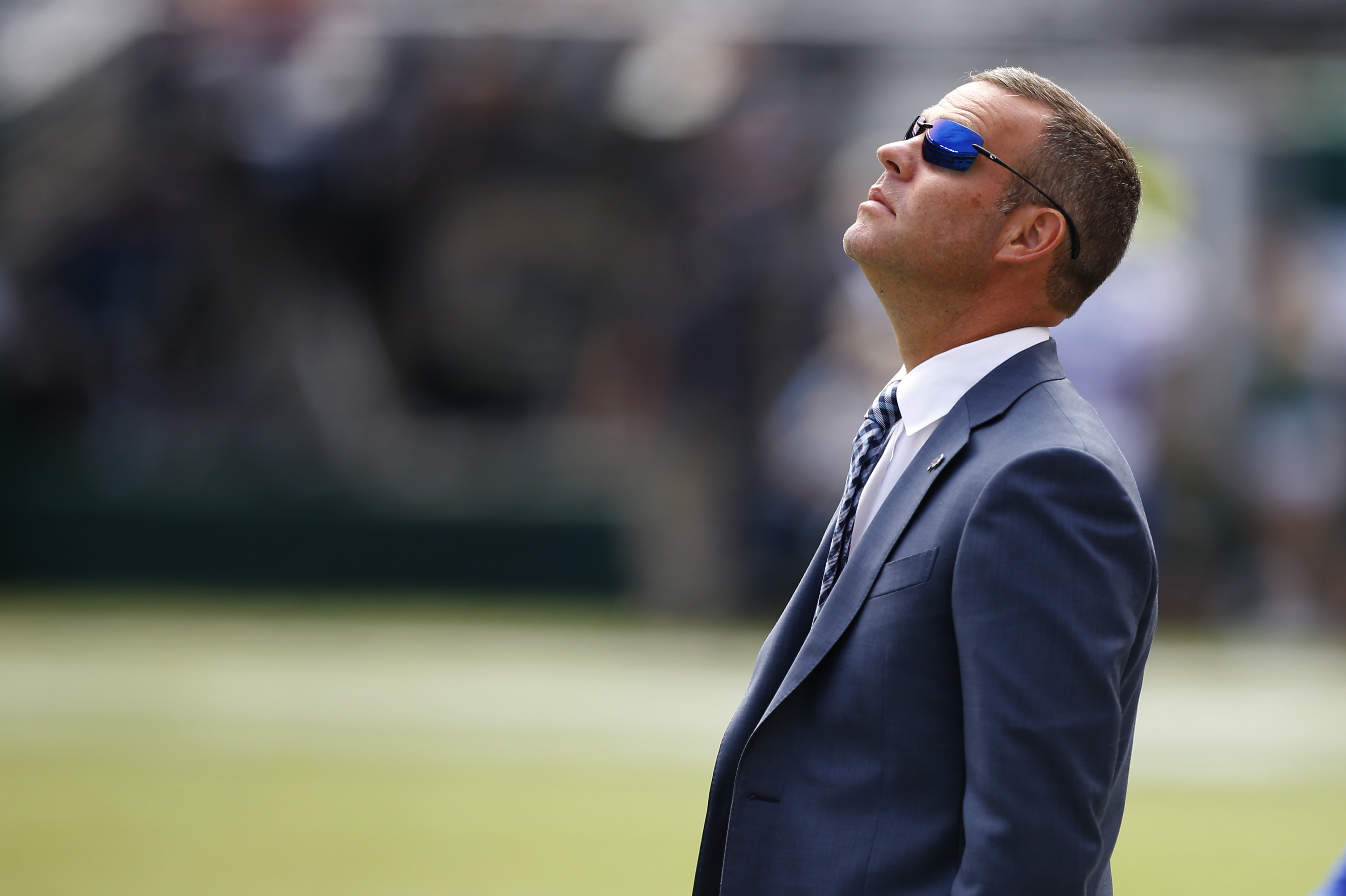 Former Panthers quarterback Cam Newton remains a free agent, and one of the league’s executives believes he deserves his shot to start again elsewhere.

Bills general manager Brandon Beane knows Newton well, as he worked in the Panthers front office from 1998-2016. He was there when the team drafted Newton with the first overall pick in the 2011 draft, and he leveraged his success there into the Bills general manager job.

Beane and his colleagues believe they have their franchise quarterback of the future in Josh Allen, so they have no need for a veteran signal-caller.

Instead, Beane recently spoke out in favor of Newton on the “Pardon My Take” podcast.

“I wouldn’t be in my seat right now if we didn’t have the success that we had, obviously the 15-1 season we had in Carolina,” Beane said. “So Cam’s a guy I root for. I think he deserves another chance. It’s unfortunate the injuries the last couple years have slowed him down, and I’m sure there’s some doubt around the league.

“I don’t know if you’ve ever talked to him, but he’s probably a little bit of a misunderstood guy,” he continued. “People aren’t sure, ‘What would I be bringing into my locker room?’ I think whoever signs Cam is going to know this guy’s got a chip on his shoulder right now. I know how he’s wired. He feels doubted. I think he’s in a strong spot. When he’s doubted, he’s going to try and prove people wrong.”

We tend to agree with him.