The Alternate Universe: Marlins at Mets 4-21-20 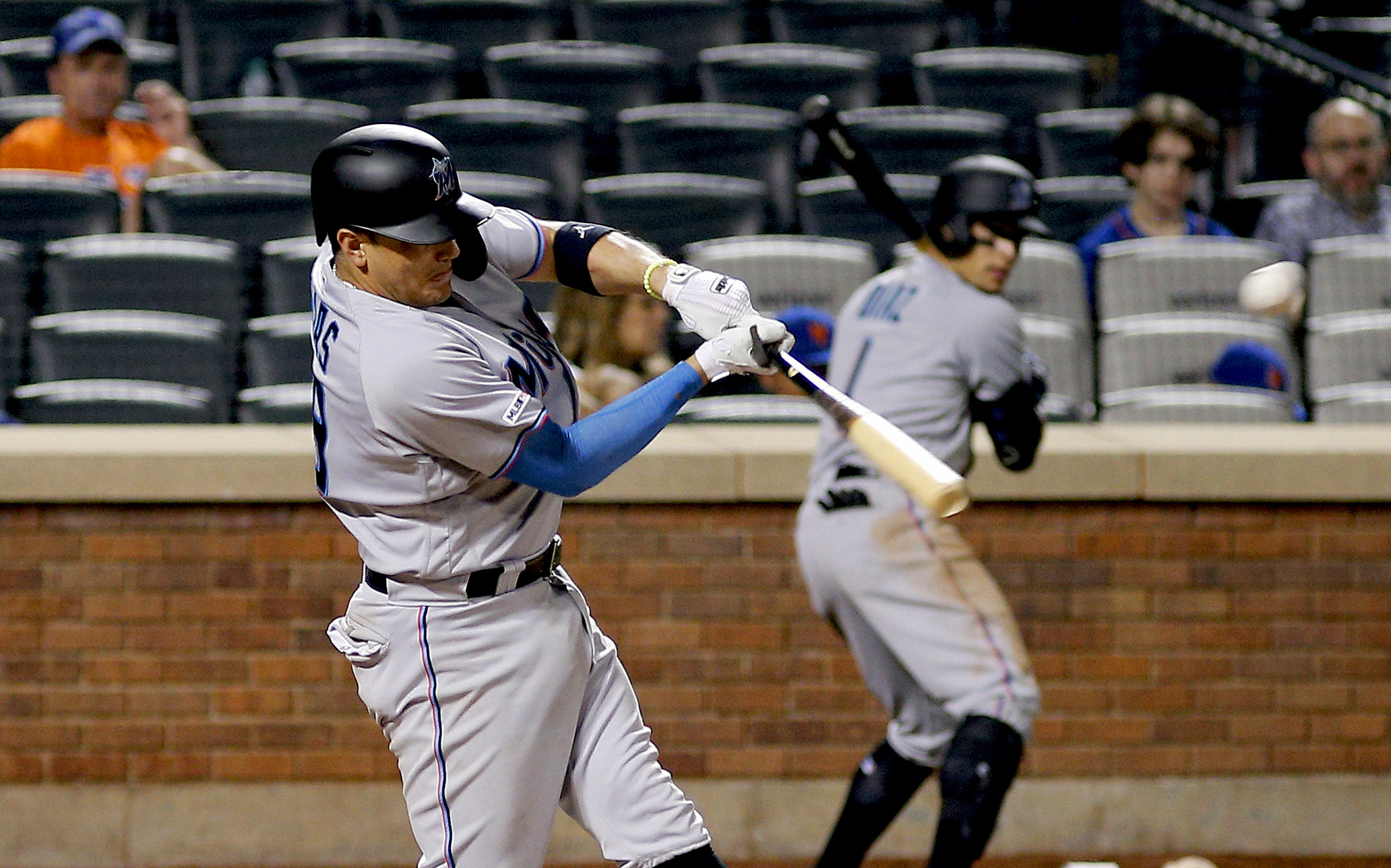 The Alternate Universe: Marlins at Mets 4-21-20

“What could go wrong?”

I mean, I’m such a dick sometimes. I knew I was tempting fate, but fate and I have never really gotten along anyway so I keep trying to assert my dominance. It never works. Ever.

Michael Wacha gave up five runs in six innings against a revamped Marlins lineup that is a mix of young prospects and broken heroes on a last chance power drive. Former Met legend Matt Kemp hit a three run HR off Oswalt int the second inning. Then after the Mets had cut the lead to 3-2, RBI doubles by Garrett Cooper, Brian Anderson, and Jorge Alfaro in the fifth sent Matz to the showers and made the score 6-2 Marlins.

Curiously, Luis Rojas didn’t throw in the towel on the game and threw out his rested, “A” list bullpen to try to keep the Marlins at six runs. Jeyrus Familia finished off the 5th. Justin Wilson, who has been invaluable as a crossover lefty in 2020, took care of the 6th. Dellin Betances struck out the side in the 7th. Seth Lugo came in for the 8th and worked out of a jam after the Marlins tried to stoke a two out rally. But Lugo struck out Anderson with the bases loaded to end the threat.

The strategy almost worked. Ryne Stanek started the 8th and got whalloped. Amed Rosario’s leadoff solo HR made it 6-3. After Tomas Nido grounded out, Yoenis Cespedes pinch hit and almost put a hole in the wall with a double. Brandon Nimmo worked out a walk, and Jeff McNeil singled to right to bring home Cespedes and send Nimmo to third to bring the Mets to within 6-4. So in comes Brandon Kintzler to face Pete Alonso. Alonso hit a screaming liner to right, but it was right at Kemp, who hit Alfaro on the fly to tag out Nimmo for the 9-2 double play to end the inning. Rojas challenged the play because Alfaro was clearly blocking the plate before he had the ball.

But the next time an umpiring crew in Chelsea Market makes that call will be the first time, as they’re all too busy running downstairs for corned beef and cabbage from Dickson’s to be concerned about doing their damned jobs and looking closely at these kind of plays.

Michael Conforto was the final hope for the 8th inning rally, but Don Mattingly called in Adam Conley to pitch to him, and Conforto was 0-for-9 against Conley going into this game. Unfortunately, he was 0-for-10 leaving the game, as he popped up to end the inning.

Edwin Diaz retired the Marlins 1-2-3 in the ninth, and the Mets tried to rally off of Drew Steckenrider in the bottom of the inning as Cookie Friends Davis and Smith singled to start the inning. But Amed Rosario popped up, and pinch hitter Wilson Ramos grounded into a double play to end the game. Freakin’ Marlins.

The Mets are 14-9, and if they undo all the good they’ve done this week against Milwaukee, They’ll be too depressed to order cookies.