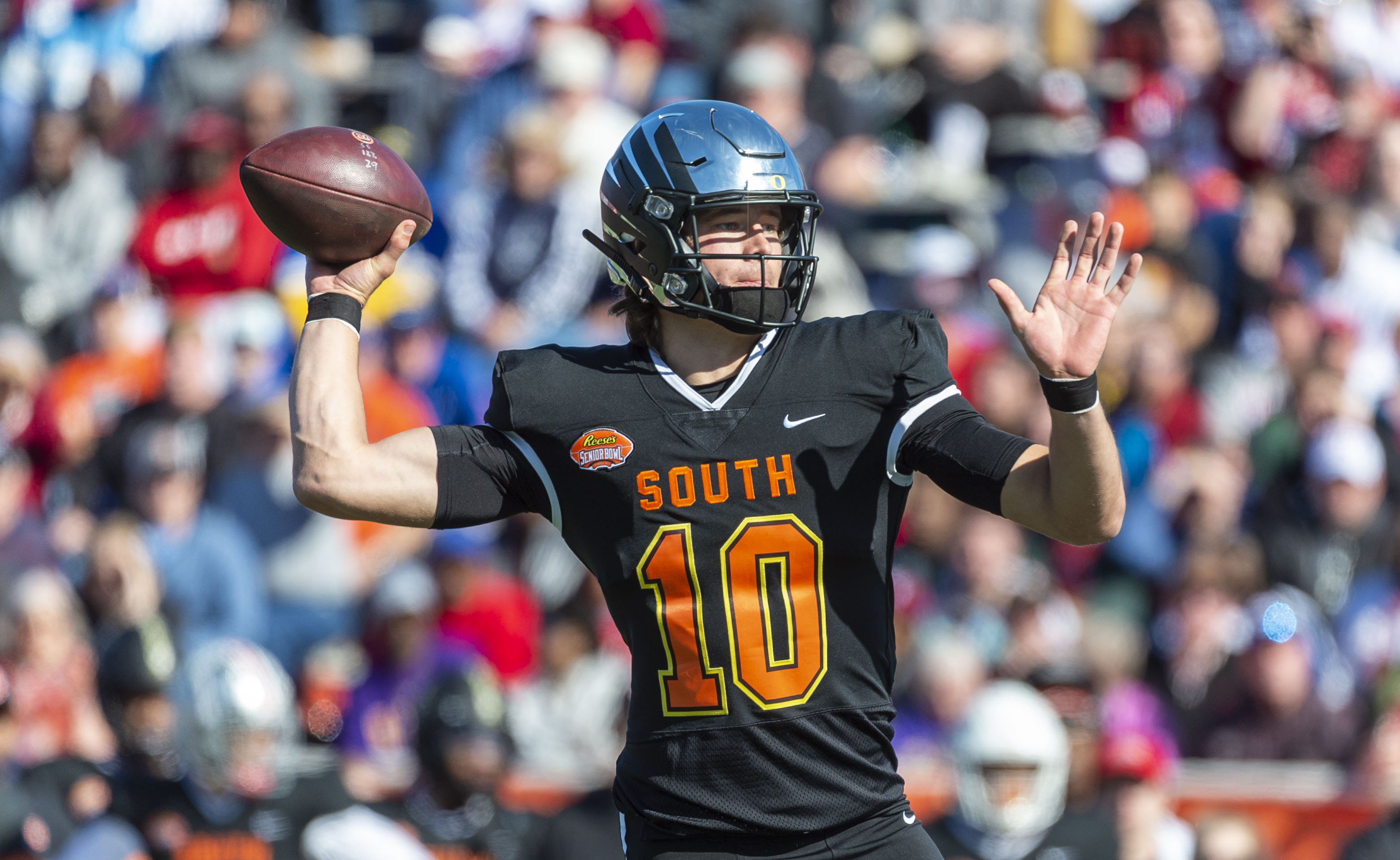 After months and weeks of scouting and preparation, the 2020 NFL Draft is finally here. This year’s edition of the draft is set to begin with the first round on the family of networks (ABC, ESPN, NFL Network) on Thursday at 8 pm ET.

However, unlike the past NFL drafts, this one will be done remotely due to the coronavirus outbreak. As things stand, the Cincinnati Bengals are still projected to take LSU quarterback Joe Burrow with the first overall pick.

After that, the Washington Professional Football Team will likely take hometown native and standout Ohio State defensive end Chase Young. But when we get to third overall pick and the Detroit Lions, that is where things could turn in the draft.

Will the Miami Dolphins who have three-first round picks move up to take Tua Tagovailoa, or will they stay put at No. 5? Furthermore, another thing to watch out for is who will take the first wide receiver?

There are a bunch of teams that need a top-tier wide receiver, especially between the 10th-15th overall picks. In addition to those teams is the Philadelphia Eagles, who are scheduled to pick at No. 21 and have been linked to Justin Jefferson (LSU), CeeDee Lamb (Oklahoma), and Denzel Mims (Baylor).

If there is an early run on wideouts, do the Eagles move up to take Jefferson or Lamb? Or do the Eagles stay put to snag either Mims or TCU’s Jalen Reagor?

The Bengals waste no time on Thursday night as they usher in a new era under center with former LSU standout quarterback Joe Burrow.

Just like the Bengals, this is a no-brainer selection for the Redskins. Despite teams reportedly calling for the No. 2 overall pick, new head coach Ron Rivera stands pat and picks the hometown kid in Chase Young.

Last week, it was reported by ESPN’s Michael Rothstein that the Lions are open to moving the No. 3 overall pick. If that’s the case, the Miami Dolphins are the perfect trading partner for the Lions, who have first-round picks.

Therefore, the Dolphins jump up two slots to get their franchise quarterback Tua Tagovailoa, while Detroit moves to No. 5 and gets the No. 26 pick.

For a majority of the draft process, former Clemson linebacker Isaiah Simmons has been slotted to the Giants. While Simmons would be an outstanding addition to New York’s defense, general manager David Gettleman ultimately decides to take former Iowa offensive tackle Tristan Wirfs.

After moving down a couple of spots, Detroit still gets their guy in Jeffrey Okudah, who will try to fill the shoes left by Pro Bowl cornerback Darius Slay.