Walt Frazier stands by his past criticism of Michael Jordan's impact, career outlook in NBA 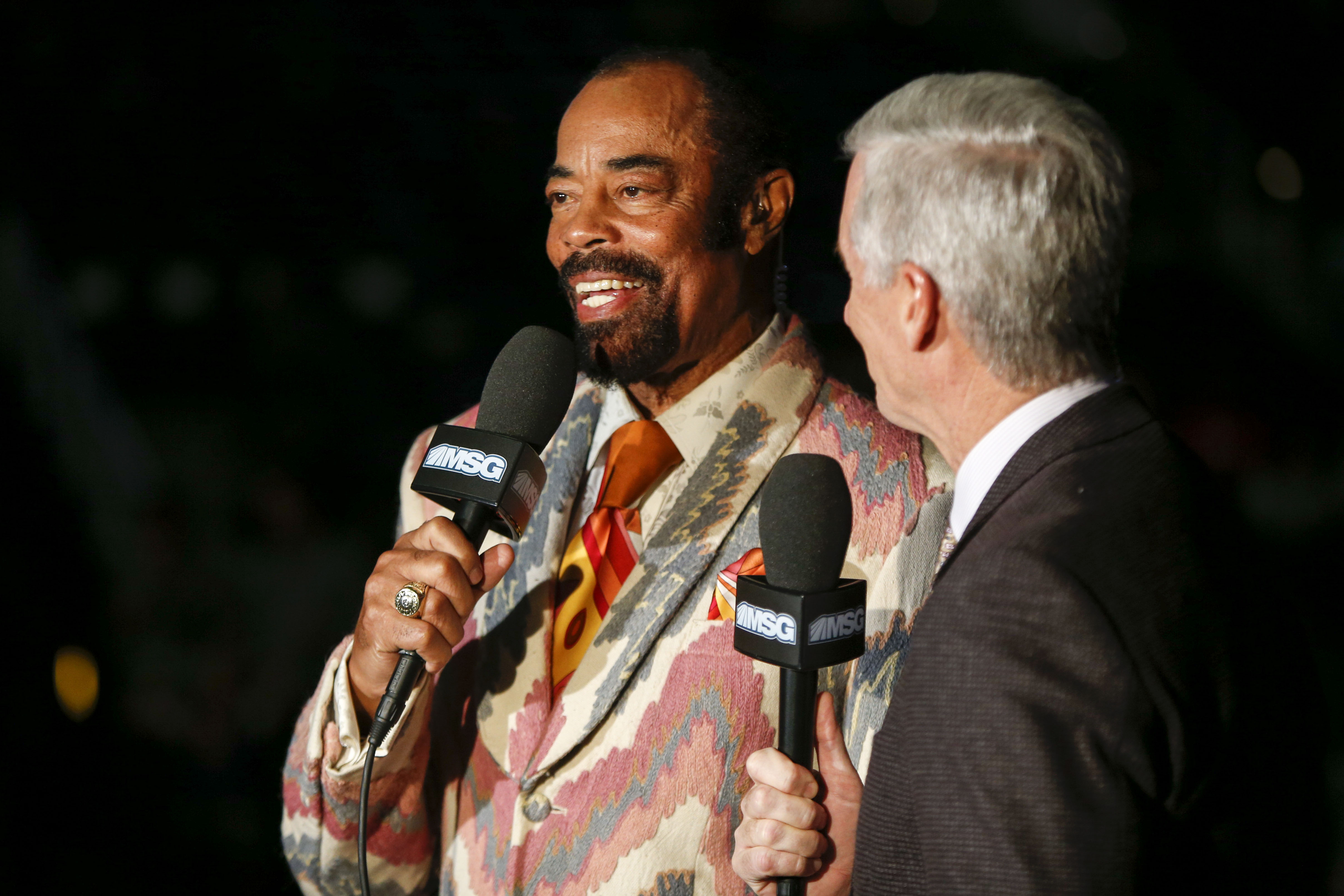 Walt Frazier stands by his past criticism of Michael Jordan's impact, career outlook in NBA

A former NBA player was recently outed for his hot take about Michael Jordan’s impact in the league, but he’s not backing away from it.

Walt Frazier, who was a dominant force in the league himself when he played, and now serves as the color commentator calling Knicks games, was once skeptical of how good Jordan could be in the league when he first entered.

Frazier was only six-foot-four, so he knows how difficult it is to play the physical game being a small guy. Jordan stands only two inches taller, so Frazier was skeptical about how good he could be, in footage that surfaced in ESPN’S “The Last Dance,” saying “he’s not gonna carry a team in the NBA.”

On Michael Jordan: "Michael gotta realize that he's not seven-foot, so he's not gonna carry a team in the NBA." pic.twitter.com/gdyPTvtR5B

He explained his reasoning behind that criticism, and didn’t back down or admit that he was wrong in sharing his previous stance.

“Early on, I wasn’t that familiar with him in college,” Frazier told the New York Post. “Anyone who plays for Dean Smith, he holds them back. Vince Carter, (James) Worthy.

“You never know the versatility of these guys when they play for North Carolina. He keeps them in a team system. No one knew he was going to do what he did.”

Well, MJ did go on to carry his team — to six (!) NBA titles. Sorry, Walt, but you were dead wrong; just admit it and move on.