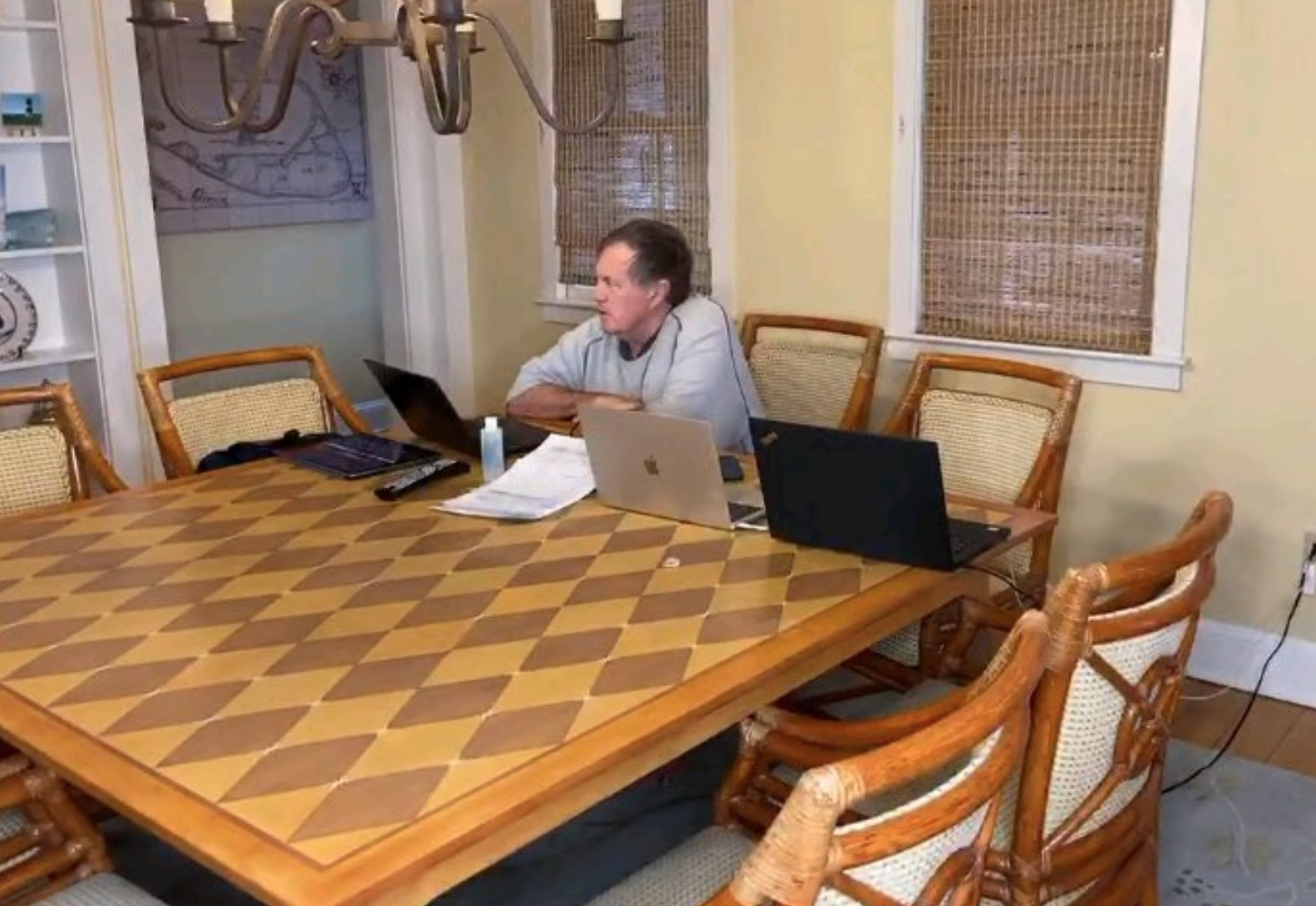 There were a number of surprises in the first round of the NFL Draft on Thursday night, but Patriots head coach Bill Belichick’s draft setup was among the most predictable.

Belichick is an old-school guy, and even though his colleagues have been seen in enormous room, some of them with 10+ screens and laptops, he elected to go the minimalistic route.

He doesn’t care for technology, or for flashy things, so he drafted from the quiet town of Nantucket, in an empty room, with just a few laptops, and not a single large screen in sight.