2020 NFL Draft: What are the Eagles getting in Jalen Reagor? 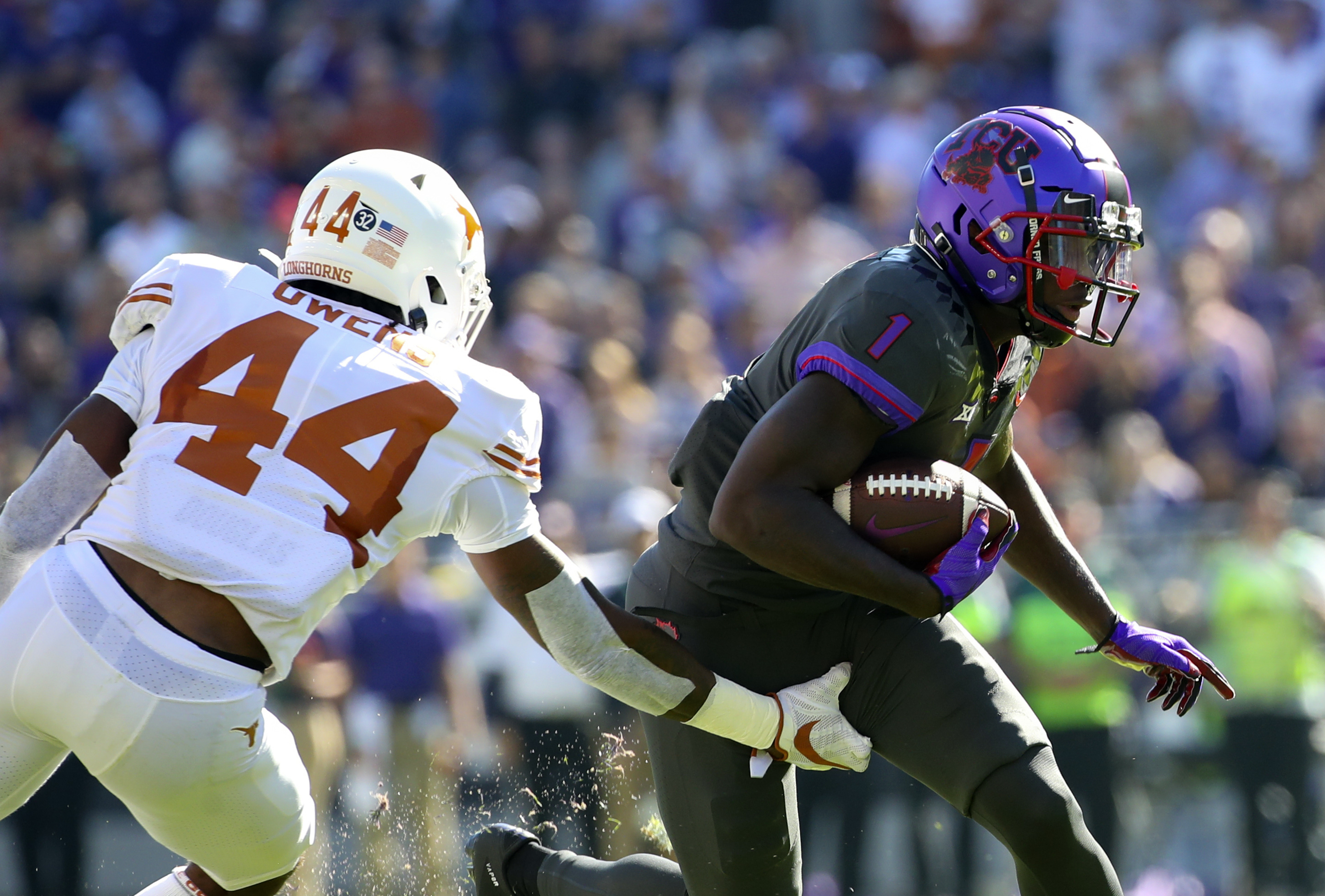 2020 NFL Draft: What are the Eagles getting in Jalen Reagor?

Leading up to the 2020 NFL draft, there was a lot of speculation about who the Philadelphia Eagles might take with the No. 21 overall pick.

A majority of mock drafts had the Eagles taking wide receiver Justin Jefferson (LSU), who was linked to the team a lot during the draft process. Other mocks, however, had them taking linebacker Kenneth Murray (Oklahoma).

Regardless of who they took, Philadelphia’s front office knew that the prospect had to be an instant playmaker. Therefore, the Eagles drafted former TCU wide receiver Jalen Reagor with the No. 21 pick in the first round.

This is now the second year in a row that Philadelphia drafted a wide receiver within the first two rounds of the draft (J.J. Arcega-Whiteside (2019, No. 57 overall pick). The 5-foot-11 wideout is a vertical threat, who can line up both on the perimeter and inside the slot.

Last season for the Horned Frogs, Reagor had 43 receptions for 611 yards (14.2 YPC) and five touchdowns. Additionally, he had two kickoff return touchdowns. For his efforts, Reagor was named to the All Big-12 second team for the second-straight season.

However, Reagor’s best collegiate happened as a sophomore in 2018.

During that season, the Texas native burst onto the scene with a career-high 72 receptions for 1,061 yards (14.7 YPC) and nine touchdowns. He also had 170 rushing yards and two touchdowns on the ground.

For more on what Reagor brings to the table, here’s what Lance Zierlein of NFL.com said:

“Spotty quarterback play helped cause a production drop, but his focus and competitiveness also seemed spotty at times. Reagor is a smooth athlete with blazing speed who has more playmaking talent than receiver skill, and play-callers need to account for that when determining how to utilize him. He’s electric with the ball in his hands, so getting it to him quickly rather than asking him to consistently make plays for himself as a ball-winner could be crucial. When 2019 is balanced against his 2018, the grade and projection begin to climb with a versatile receiver who’s able to spice the offensive gumbo.”

Zierlein compared Reagor to Carolina Panthers wide receiver Curtis Samuel, who is also a playmaker. He also gave Reagor a prospect grade of 6.36, meaning he will be a starter within the first two seasons.

Before Thursday night’s draft, the Eagles only had one wideout on their roster, who could stretch the field in DeSean Jackson. However, after seeing how the offense was in shambles without him last season.

The Eagles quickly learned that they cannot put all their eggs in the 33 years old’s basket, who is coming back from a season-ending abdominal injury.

“Any receiver that has this kind of skill set, much like DeSean [Jackson], with the speed he has — you find ways to put the ball in their hands,” he said (h/t Bleeding Green Nation).

That being said, it will be up to Pederson and the rest of the Eagles’ coaching staff to get Reagor the ball, but also clean up on his route running and his drops.

If there’s considerable improvement in those particular areas, then Eagles might have found themselves a solid wideout in the first round.