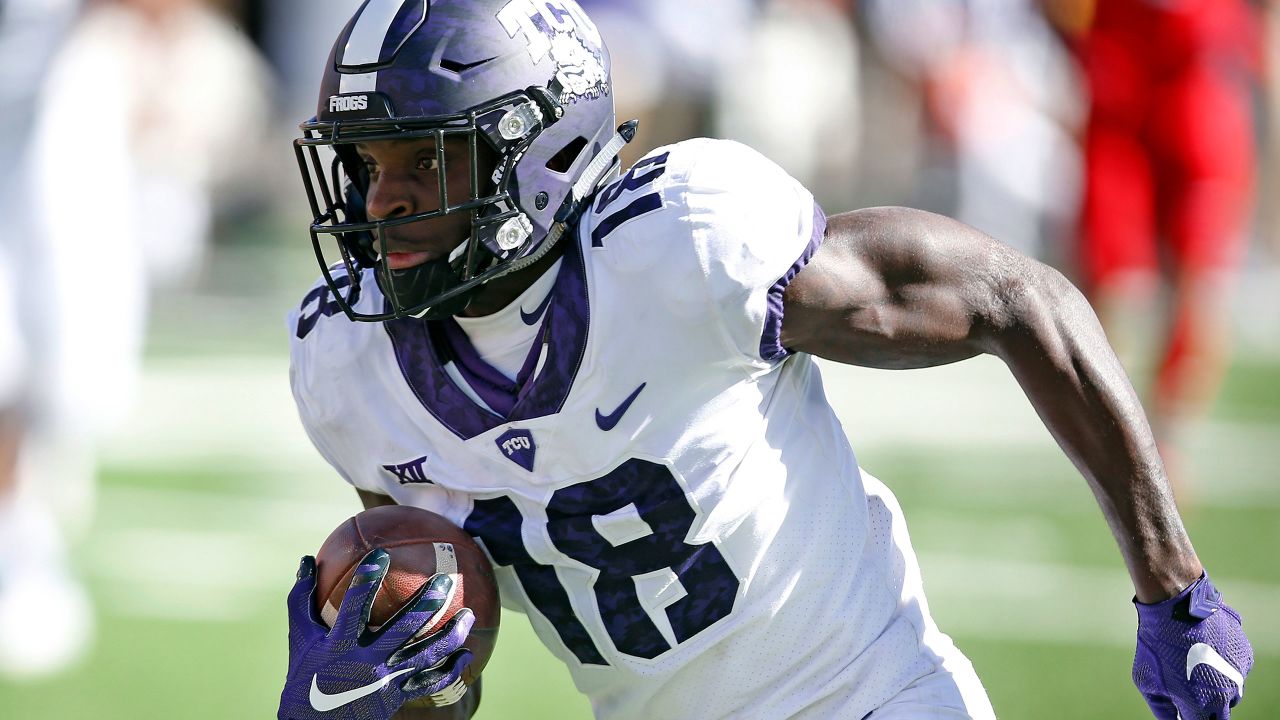 Overall EYE thought it was an excellent joint production by the NFL and ESPN…under the circumstances, of course.

I was surprised that the Eagles and most other teams pretty much stuck to their preordained draft order.

The Eagles selected wide receiver Jalen Reagor out of TCU with the No. 21 overall pick in the first round of the 2020 NFL Draft.

The son of former Eagles defensive tackle Montae Reagor, who had a nine-year NFL career, Jalen is a two-time All-Big 12 selection. In his TCU career, he caught 148 receptions for 2,248 yards and 22 touchdowns in 39 games (25 starts). He finished No. 2 on TCU’s all-time list in receiving touchdowns and sixth in receiving yards in just three seasons.

A true junior, the 5-11, 206-pound Reagor just turned 21 years old in January. A track star in high school, Reagor has enough speed, running a 4.47 in the 40-yard dash at the NFL Scouting Combine.

Where does he fit in the offense? He can line up on the outside, as a motion receiver, and in the slot. He can be utilized on jet sweeps and orbit motions. He can take the top off a defense and generate yards after the catch.

So which fortune-telling MACHers had this guy on their ballots?

But this contest is a long way from over.

Here is how Round 1 went down: