Packers Trade Up to Gamble on QB Jordan Love 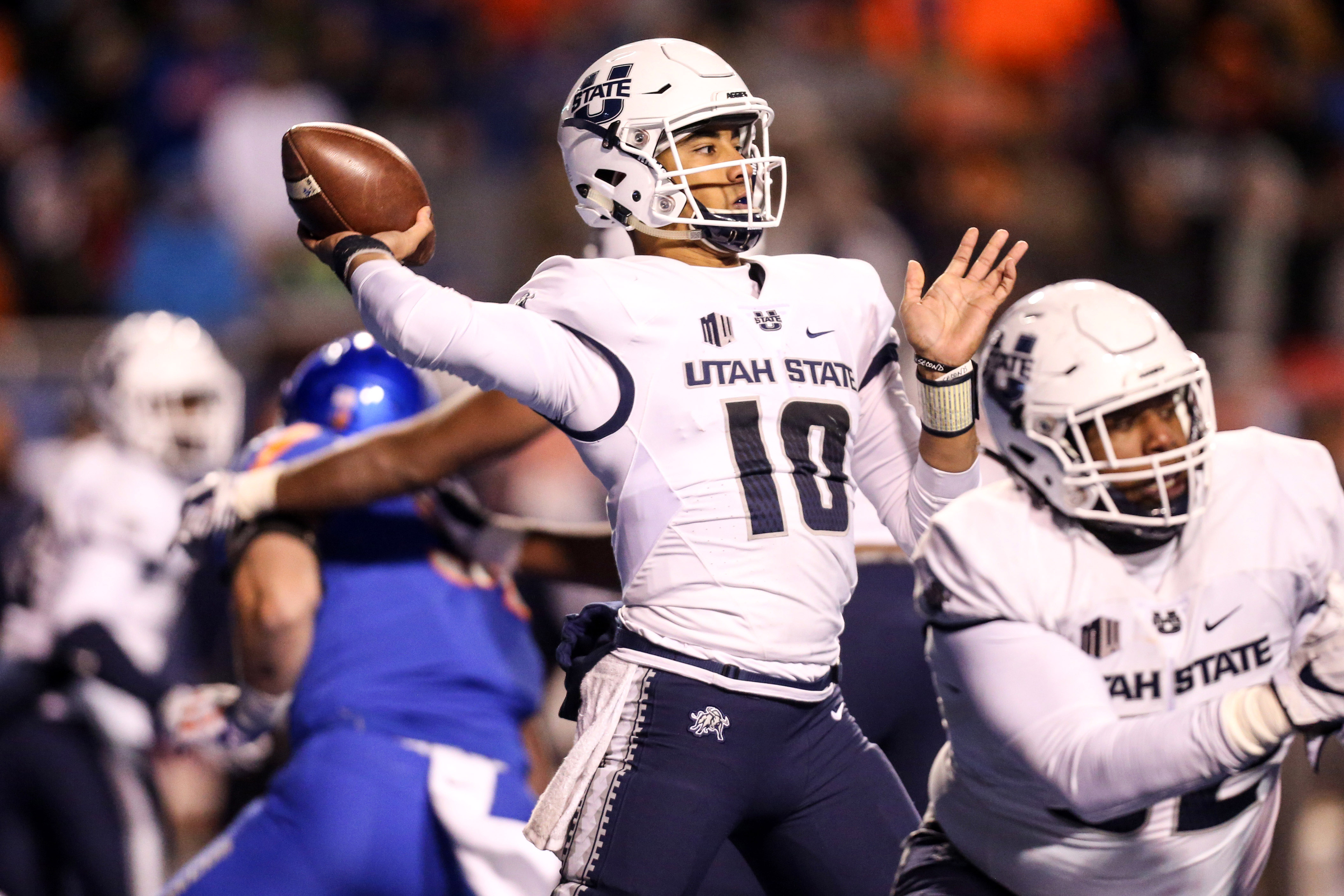 Packers Trade Up to Gamble on QB Jordan Love

The Green Bay Packers traded up in the first round of the 2020 NFL Draft to select quarterback Jordan Love out of Utah State. The Packers gave up a fourth-round pick (136th overall) to trade up from the 30th pick in the draft to the 26th spot to grab the player they will designate as Aaron Rodgers’ successor. Love was the fourth quarterback taken in this year’s draft.

Love has good size at 6’4” and 235 pounds. He came out after his junior year at Utah State but had a much better season statistically in 2018 than he did in 2019. Love tossed 20 touchdowns and threw 17 interceptions this season after tossing 32 TDs and throwing just six interceptions the previous season. One reason his numbers fell off was that Utah State had less talent around him in 2019.

There is no doubt that Love is a talented passer. He has a good arm and a gunslinger mentality which may remind some Packers fans of Brett Favre. Love is also adept at eluding the rush and buy time when the pocket breaks down, although he emphasizes buying time to throw the football rather than running the ball himself. Many scouts feel he has the strongest arm of any of the top quarterback prospects in this year’s draft.

Love needs to learn to read defenses better and learn to find his second and third options on pass plays. This will be a key to his ability to be successful in the NFL and it will take time. He had to learn a new scheme last season and he struggled at times. He forced too many passes into coverage and the result was the dramatic increase in interceptions.

The talent is certainly there, but head coach Matt LaFleur will need to teach him how to be an NFL quarterback. He will have to reign in Love’s gunslinger mentality a bit and get him to be more consistent at breaking down defensive tendencies.

Most scouts view Love as a boom or bust pick. If he can learn to read his progressions better, improve his footwork and not force the ball into coverage, he has all the tools to become a quality NFL quarterback.

Packers GM Brian Gutekunst passed on a several players who could have helped the Packers win right away. Inside linebacker Patrick Queen, one of two ILBs with first-round grades, was still on the board. Help was also available at offensive tackle and wide receiver with several highly rated players still on the board.

The Packers have now drafted a player in the first round of the draft that they do not expect to start right away. Last season, Green Bay finished 13-3-0 and reached the NFC Championship Game before losing to the 49ers. With Rodgers turning 37 before next season ends, the thought was that the Packers would utilize their first-round picks to give him more weapons to maximize his chances of winning another Super Bowl before he retires. This pick will not accomplish that goal.

The Packers will now have to turn their attention to addressing their more immediate needs in the rest of the draft. The Packers still must improve their wide receiving corps, find a long-term successor at right tackle and improve their inside linebackers and interior defensive line to improve the run defense.

By selecting Love now, will also likely limit the number of years they can have extra cap space while their starting quarterback is on his rookie contract. First-round picks sign four-year contracts with a club option for a fifth. If Love spends three seasons learning behind Rodgers, they have taken away most of his rookie contract before he will become the team’s starting quarterback.

It will also be interesting to see how Rodgers treats Love. Rodgers indicated that Favre was not much of a mentor to him when he first arrived in Green Bay in 2005. Will Rodgers take the time to mentor Love or will the rookie have to learn by observing the way the veteran does things?

The addition of Love may also serve as a challenge that will motivate Rodgers to play at his best in 2020 and beyond. The Packers have selected his heir apparent and now the future Hall of Famer knows he has to win another title soon before his window truly closes.

The selection of Love is a gamble. The Packers have added a quarterback with a high ceiling, but several questions surround his ability to realize that potential. The Packers have enjoyed Hall of Fame caliber quarterbacks since 1992. Gutekunst hopes he has found the third link in this chain in Love or the Packers long run of consistent winning football may come to an end.