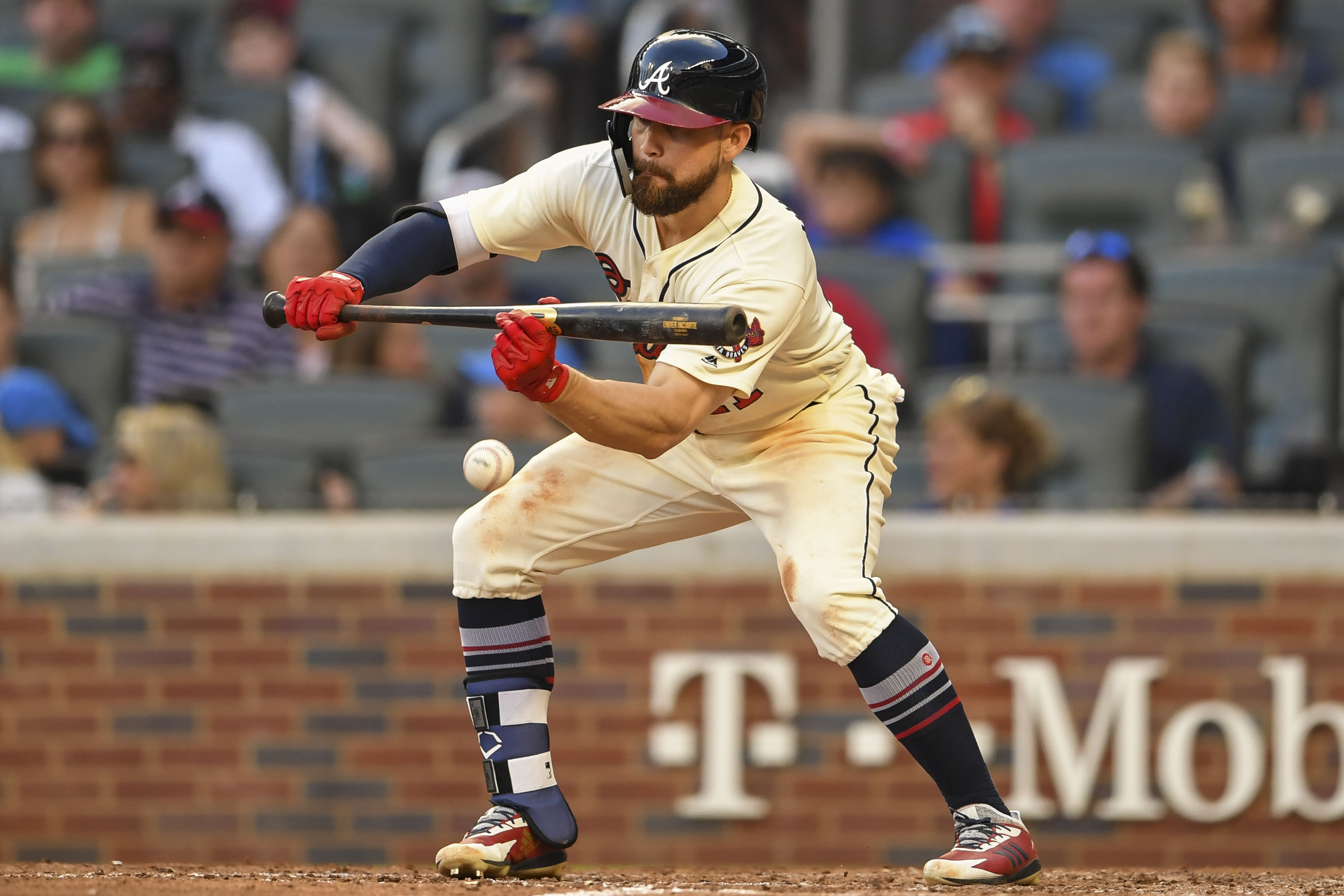 The Mets reanimated their pitching rotation for the weekend. Marcus Stroman and Michael Wacha move up to Friday and Saturday, Monday’s off day enabled the Mets to move them up for normal rest. But this was more about getting Noah Syndergaard some extra rest after his “dead arm” start against Milwaukee. But it was also about getting Noah some protection. Steven Matz is due to come off the IL on Sunday. If Noah can’t make it, Matz backs him up, and then takes his spot if need be.

Stroman responded well to the move up, because nothing really phases him. He went six innings and gave up two runs while scattering five hits and two walks. And scattered is the right word because he was never in any real trouble … thanks to the three double plays he got. Wilson Ramos’ two run homer along with a sac fly gave the Mets a 3-2 lead headed to the bottom of the 7th.

Dellin Betances started the 7th and the Braves had some dirty tricks up their sleeve. Ender Inciarte led off with a push bunt to third and he reached first easily. Then Brian Snitker brings up Adeiny Hechavarria to lay down a sacrifice bunt. It wasn’t the best bunt in the world, but Betances was slow getting to it … so slow that Ramos was chasing it harder even though he was further away from it. The end result was that nobody got to the ball and the Braves had runners on first and second with nobody out. It set up Betances against Ronald Acuna Jr.

At this point, I’m almost glad that Acuna is up because you know he’s not going to bunt. Maybe by some strange chance, Betances actually strikes out Acuna. And that’s exactly what happened as Betances blew him away with high heat. Then Ozzie Albies comes up. Okay. Albies probably won’t bunt, right?

Albies laid down the third bunt of the inning, a push bunt to Betances’ glove side. He took a step, but had no chance. How much of his struggles were because of his achilles still a little tender? How much of them were simply because he’s 6’7″ and lumbers around as a general rule. Whatever it was, the Braves exploited it. Part of me thought it was bush league, but part of me wondered that if Betances is really compromised, why didn’t anybody think of this before?

So Luis Rojas bring sin Justin Wilson to face Freddie Freeman with the bases loaded and one out. Worked Freeman to a 3-2 count, but Freeman stiffened up, fouled a few balls back, then found the off-speed junk he likes and lined it into left-center for a two run single to give the Braves the lead. Then Jeurys Familia, who was warming up beside Seth Lugo, came in to face Marcell Ozuna. After a wild pitch scored Albies to make it 5-3, Ozuna hit the next pitch to Gwinnett to make it 7-3 and pump the final dagger in the Mets, who dropped to 16-10 after the loss. It’s apparent however that the Mets have revealed a bad poker face regarding their concern for Noah Syndergaard’s health. There’s bigger storms brewing than whether Dellin Betances can field a bunt.