2020 NFL Draft: What are the Eagles getting in Quez Watkins? 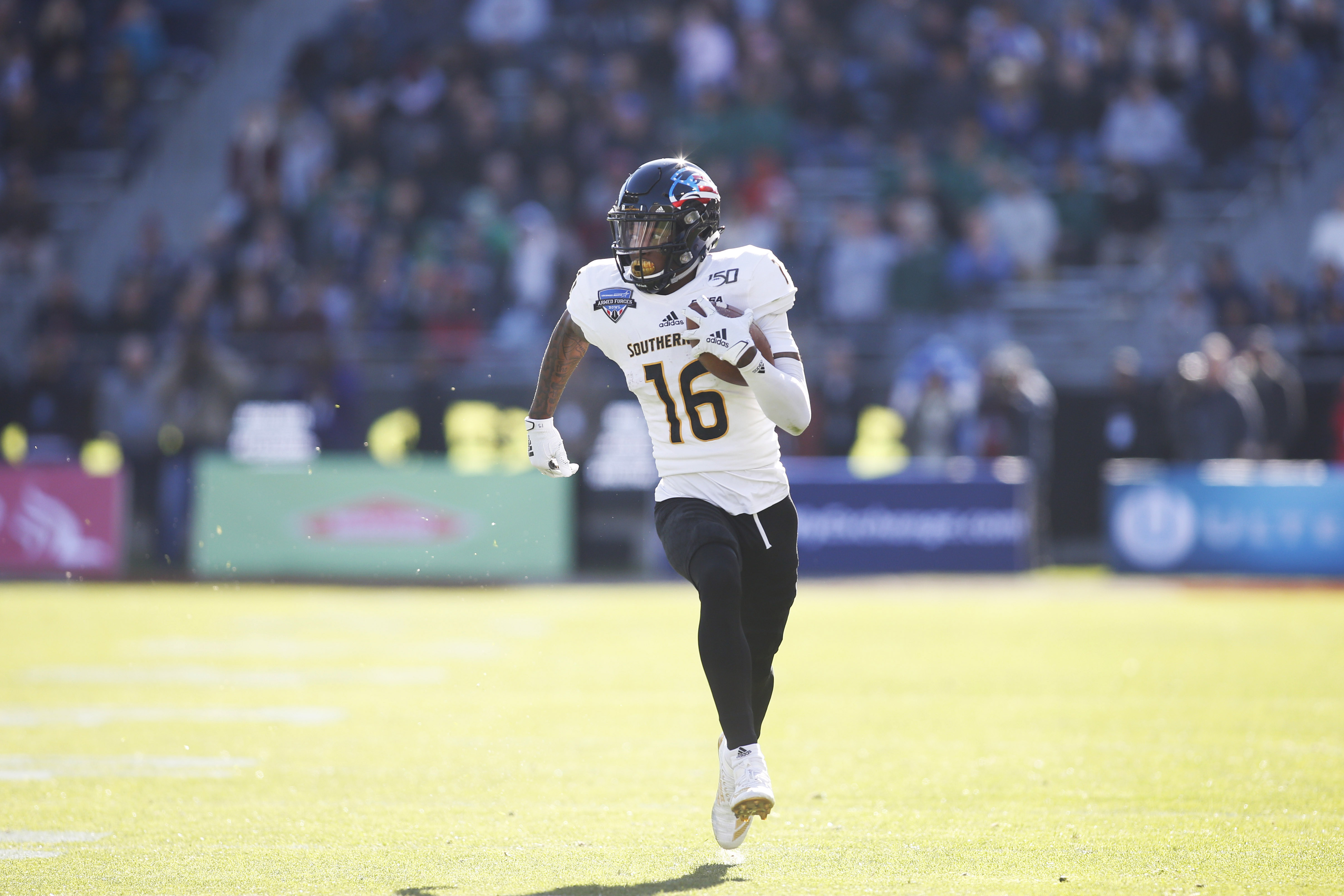 2020 NFL Draft: What are the Eagles getting in Quez Watkins?

Along with addressing the defense, the Eagles are continuing to find speedy wide receivers towards the latter half of the 2020 NFL Draft.

With their second pick of the sixth round, Philadelphia selected former Southern Mississippi wideout Quez Watkins at No. 200 overall. Leading up to the draft, many analysts believed that the Eagles had to come away with at least two wide receivers.

Thus far, they have acquired three with the speedster Watkins joining the nest. The 6-foot speedster finished with the second-fastest 40-yard dash time at the NFL scouting combine (4.35), only behind Henry Ruggs III.

When you watch Watkins’ highlights on YouTube, you can see why the Eagles were enamored with his big play ability.

Despite missing the first two games of his senior season, Watkins racked up 64 receptions for 1,178 yards (team-high) (18.4 YPC) with six touchdowns. Furthermore, the Alabama native was named first-team All-Conference USA for the second-consecutive season.

As a junior in 2018, Watkins produced 72 receptions for 889 yards and nine touchdowns. Just like Reagor and Hightower, he also handled punt and kick return duties for Southern Miss.

For more on what the former Golden Eagle standout brings to the table, here’s what NFL.com draft analyst Lance Zierlein said:

“Early-entry prospect with adequate size and speed but needs to prove he can rise to the occasion against NFL competition. Watkins’ confidence has been affected by level of competition, and his catch focus appears to change when he works into traffic. Hip tightness limits route effectiveness, but he runs well enough to work vertically and across the field with modest separation and above-average jump-ball talent. His leap in production is a good sign, but if he doesn’t do a better job of getting away from press, he will have a hard time making it. The potential outweighs the concerns, and he should be a Day 3 selection with a shot at becoming a WR4/5.”

If the Eagles can somehow turn Watkins into a viable WR4/5 option as Zierlein points out, that would be an excellent selection. However, he will have to compete with other dynamic wideouts on the roster, who have the same skill set like him.

Therefore, if he can bring something to the table on the special teams’ end and showcase that blazing speed when given the opportunity, then Watkins will be an option to keep around on the 53-man roster or possibly on the practice squad.