2020 NFL Draft: What are the Eagles getting in John Hightower? 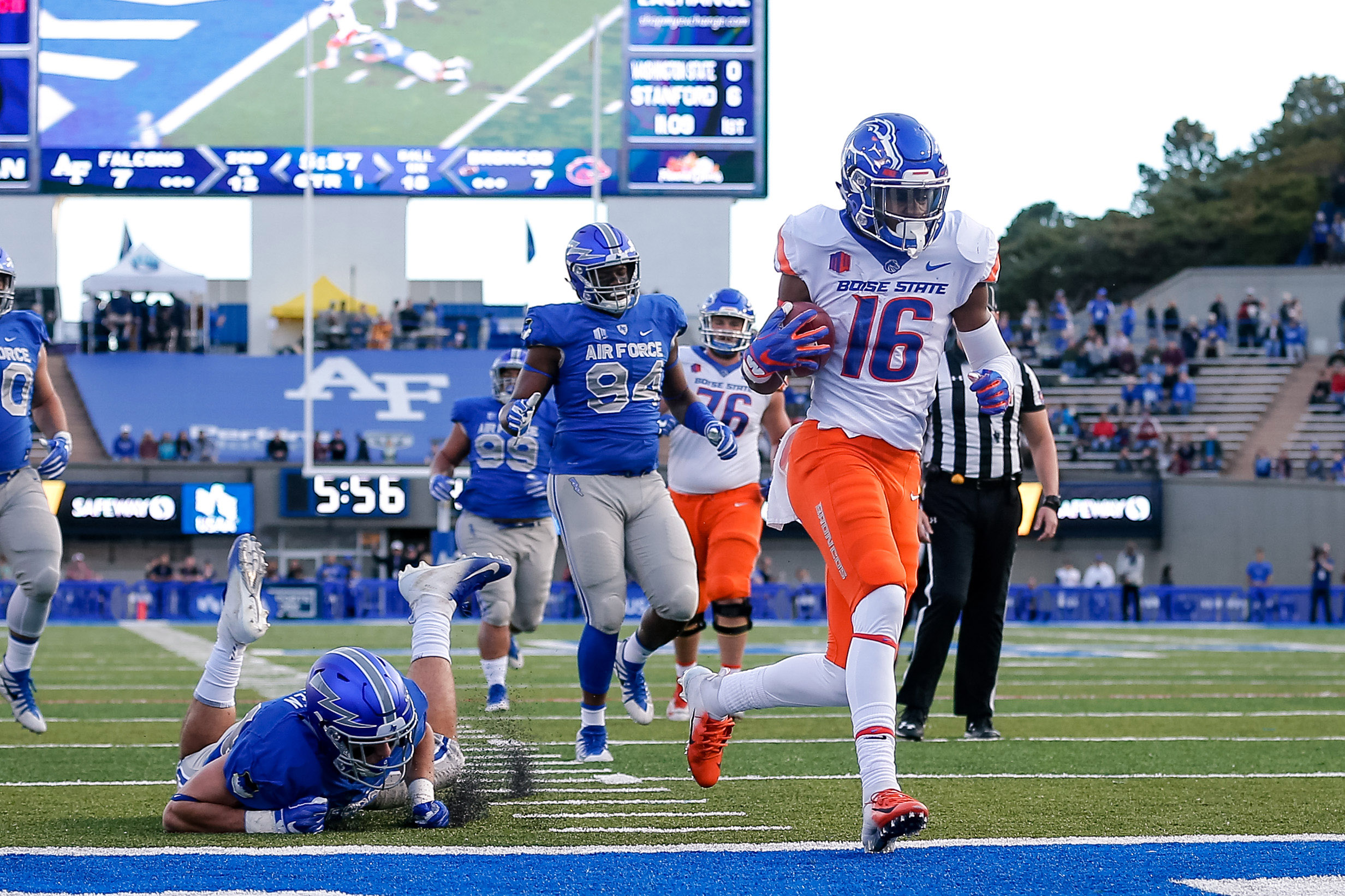 2020 NFL Draft: What are the Eagles getting in John Hightower?

The Philadelphia Eagles are making it a priority to add speed and explosiveness to their wide receiver unit during NFL draft weekend.

On Thursday night, the team drafted former TCU wideout Jalen Reagor with the No. 21 overall pick. Then they surprisingly acquired speedster Marquise Goodwin in a trade from the San Francisco 49ers on Saturday afternoon.

In addition to those moves, the team selected former Boise State wide receiver John Hightower with the No. 168 overall pick. Just like with Reagor, the 6-foot-1 wideout can stretch the field, which is something the Eagles’ offense desperately needed.

Last season for Boise State, Hightower was a playmaker in both the receiving and return game. He had 51 receptions for 943 receiving yards (18.5 YPC) and eight touchdowns.

The former JUCO standout also had 639 kick return yards and a touchdown. Hightower went on to be named to the All-Mountain West Conference’s second-team.

In his first season at Boise State, the 6-foot-1 wideout racked up 31 receptions for 504 yards (16.3 YPC) and six touchdowns. He also had 163 rushing yards and two touchdowns.

“Tall, spindly deep threat with a good feel for speed variance to bolster effectiveness of separation speed. While Hightower can get down the field, he needs to be led to water and in the clear, as his ball tracking and 50/50 attack skills leave much to be desired. The lack of size and strength could be a continuing issue against press and with contested catches. His run-after-catch and kick-return ability are nice, but may not be enough to balance out the aforementioned concerns.”

As Zierlein points out, Hightower must improve his ball tracking skills, if he wants to be a consistent contributor on offense. However, with his 4.38 40-yard dash speed, he could find a way to make an impact on special teams.