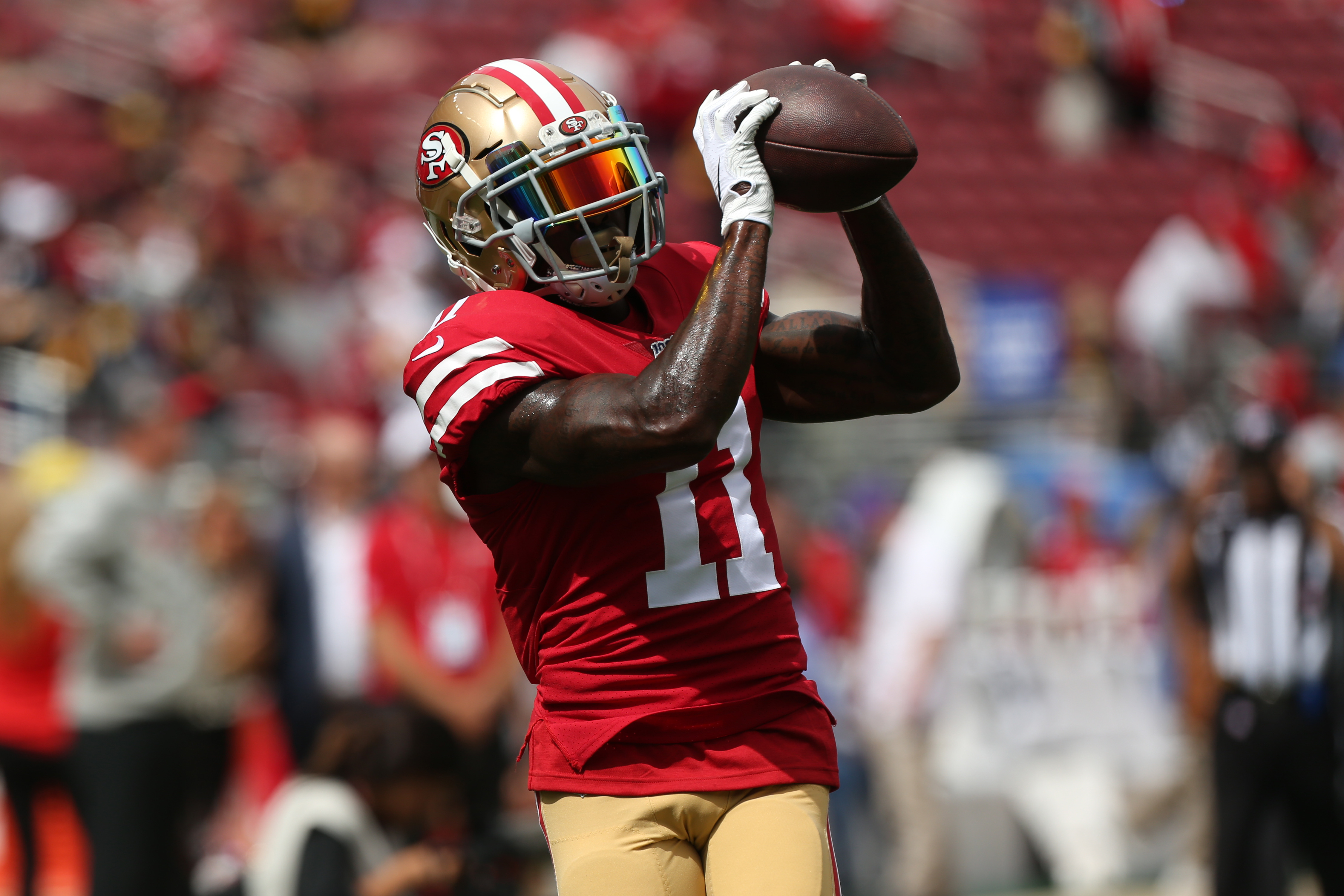 The Philadelphia Eagles made a major move on Day 3 of the 2020 NFL Draft by acquiring wide receiver Marquise Goodwin and pick No. 210 from the San Francisco 49ers in exchange for pick No. 190.

Earlier this week, Matt Maiocco of NBC Sports Bay Area reported that the Niners gave Goodwin and his representation a chance to speak with interested teams about negotiating a new contract.

According to Mike Kaye of NJ.com, the Eagles and Goodwin agreed to terms on a one-year, $1.35 million deal plus one million in upside.

The #Eagles have acquired WR Marquise Goodwin and pick No. 210 from San Francisco in exchange for pick No. 190. pic.twitter.com/HeQZUOO5fQ

Goodwin, who is heading into his eighth NFL season, is another deep threat option for the Eagles. He spent the first four years of his career with the Buffalo Bills and the last three with San Francisco.

Over his seven-year career, Goodwin has totaled 140 receptions for 2323 receiving yards and 13 touchdowns. His best season came in 2017 with San Francisco, where he brought in 56 catches for 962 yards and two touchdowns.

However, 2017 was the only time that the 29-year-old Goodwin played a full season. Last season, he only played in nine games due to a season-ending knee injury.

With that being known, Goodwin’s ability to stay on the field is a huge concern. But if he can stay healthy, the Eagles are getting another receiver with very good speed and elusiveness to fit their offense.