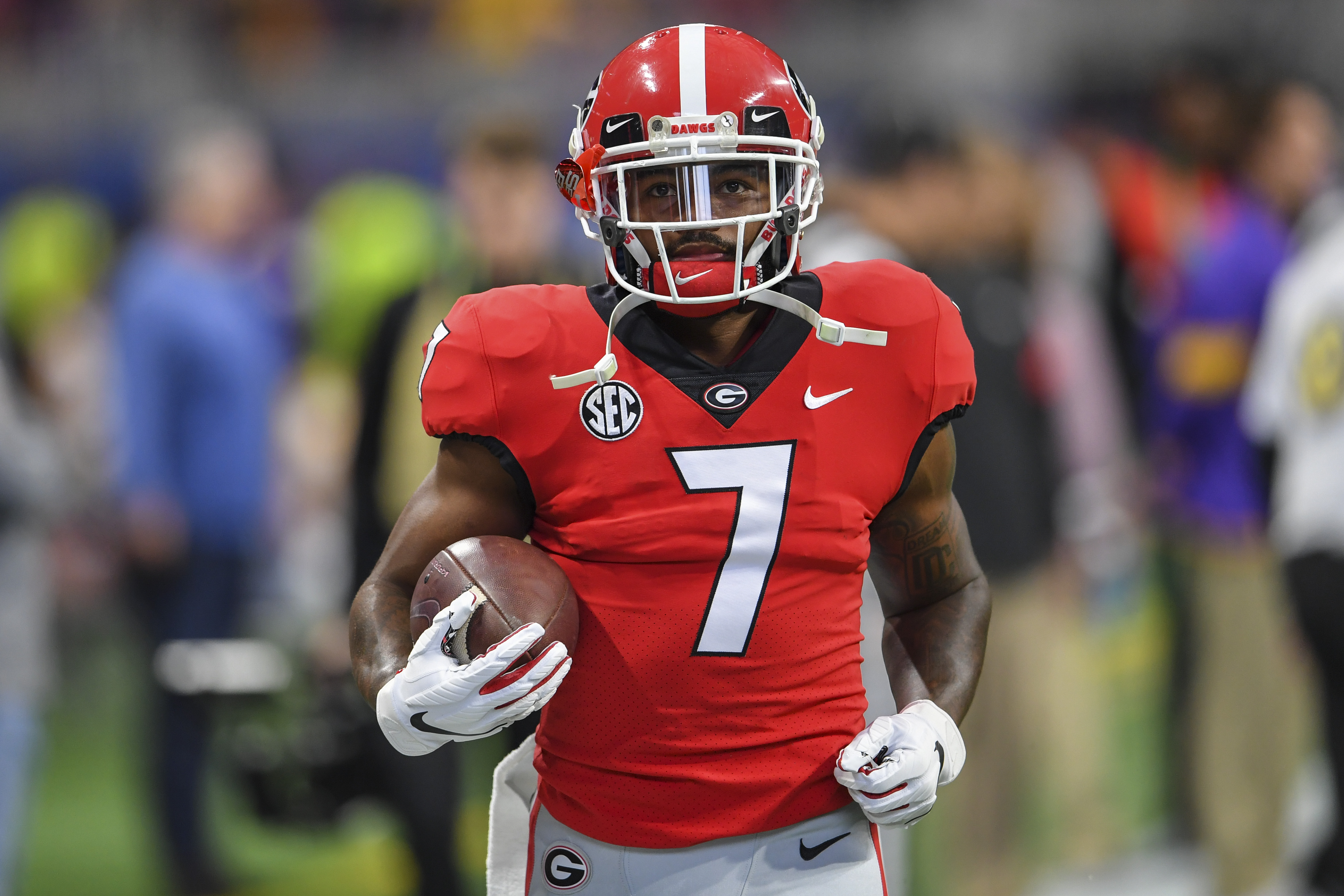 The 2020 NFL Draft is officially over.

After three days of picks, trades and hugs (both virtual and in-person), the new crop of collegiate athletes start their journey towards fulling their dreams of playing professional football.

The Detroit Lions, who finished 3-12-1 in 2019, were slotted to draft third overall. While many expected Bob Quinn to trade the pick, they stood pat and selected cornerback Jeff Okudah from Ohio State. Along with Okudah, they made eight other picks.

Here are my grades for each player selected by the Detroit Lions:

Okudah was the consensus best cornerback in this draft class and has No. 1 potential written all over him. He fills a glaring void left by the departure of Darius Slay to Philadelphia via trade. Detroit allowed a league-worst 284.4 passing yards per game in 2019 and Okudah should help the Lions improve in this area. The only reason this pick gets an A- instead of an A is, that despite what Quinn says, I think they could’ve dropped to pick 5 or 6 and gotten an extra pick in any round while still snagging Okudah. Either way, still a great pick that should give Detroit a Day 1 starter and a possible lockdown corner for years to come.

While the Lions had bigger needs to fill on both sides of the ball, Swift’s talent was just too much to pass up. He was ranked as the top running back in this draft by many experts and a potential first-round selection. When he fell to Detroit early in the second round, Quinn and Matt Patricia just couldn’t say no. Swift will upgrade the backfield immediately for the Lions and could possibly give them an explosive 1-2 punch with Kerryon Johnson. But the latter has only played 18 of a possible 32 games in his first two NFL seasons. Swift not only gives Detroit an insurance policy, but a player who could push Johnson for the starting role from Day 1.

Okwara is an athletic defender who can either line up as a defensive end or outside linebacker. This fills a position of need for Detroit as they tied for 29th in the league last year with 28 sacks. Okwara could come in and be a situation pass rusher. While he may never be an every down type of player, this is a solid pick of need for the Lions. Oh, and getting drafted to the same team as your brother may make the transition a little easier than most rookies.

The Lions executed a trade to get Jackson. They gave up picks 85, 149 and 182 to receive 75 and 197 from Indianapolis. This selection fills a massive hole for Detroit as Graham Glasgow is now a Denver Bronco. Jackson, who was a third-team AP All-American, allowed only one sack while playing a career high 926 snaps for the Buckeyes last season. While some may see this pick as a reach, I believe Jackson is a versatile lineman who could start Day 1 at right guard and provide depth at the center position.

Detroit pulled off another trade to acquire Stenberg, but this time they traded back. The Lions traded pick 109 to Las Vegas and received selections 121 and 172. Stenberg is regarded as a “mauler” and a nasty player. While that is generally a good thing in football, it isn’t when you’re committing a lot of penalties. He was flagged 24 times over the last two seasons. It also isn’t ideal to draft the same position with back-to-back selections. But Stenberg has some upside and potential as he allowed zero sacks over the last two seasons as well. While Kentucky wasn’t exactly an Air Raid offense, it is still impressive to not allow a sack in consecutive seasons. Stenberg has a starter ceiling while he should provide solid depth with his floor.

This is a selection the Lions received in the Slay trade. Cephus may have been a higher selection if not for his off-field issues at Wisconsin and his slower than preferred 40-yard dash time of 4.73 at the NFL Combine. But issues aside, Cephus provides Detroit with a receiver who can battle in traffic and provide depth at the position. While many may have wanted to go another route at this point in the draft, the Lions needed to address the wide receiver position at some point. After Kenny Golladay and Marvin Jones Jr., the position is thin. Cephus is a physical player who could come in and contribute right away in Year 1 as a third or fourth receiver with the potential to be a number two down the road.

I may be a little harsher on this pick than some, but I’m not a fan of selecting two running backs in the same draft, especially after using a second-round resource on one. Huntley is a quick back, which Detroit doesn’t have, and will provide speed in the backfield room. He is also a great receiver out of the backfield and could possibly carve out a third-down role in passing situations. He is also electric as a return man, but with the new NFL rules trying to limit kicks that are returned, that isn’t as valuable as it once was. While it’s a late pick and you’re basically throwing darts at this point in the draft, I would’ve rather thrown a dart at another position.

A two-time second-team Pac-12 honoree, Penisini is a big dude who is known as a pure run-stuffer. While he’s not known as a guy that will get to the quarterback, he will provide depth at a position of need for Detroit. While many, including himself, expected him to go undrafted, the Lions thought he was too good to pass up. Time will tell.

Started all 14 games for the Big Ten champion Buckeyes in 2019 and racked up four sacks and 6.5 tackles for loss. At this point in the draft, taking a guy from a perennial powerhouse program like Ohio State at a position of need isn’t a bad route to go. Cornell should provide depth behind Trey Flowers and the Okwara brothers if he makes the 53-man roster.

I think the Lions had a stellar start to their draft with Okudah and Swift. The selections of Okwara and Jackson weren’t bad either as Detroit was off to a great start on Days 1 and 2. While Day 3 may provide a starter, it is mostly depth. I know most teams aren’t getting many starters in rounds 4-7, but it seemed like Detroit made a few puzzling selections.

I wish they would’ve addressed the pass rush sooner and maybe even selected a punter in the later rounds as Sam Martin is now in Denver. However, that is a position that can be addressed by a rookie free agent or just in free agency in general. I think this is Bob Quinn’s best draft in the Motor City, at least on paper.

Time will tell if these guys live up to their hype and put Detroit on the path back to the playoffs. Who knows, maybe some guys will play above their draft positions and prove they deserved to have been drafted higher.