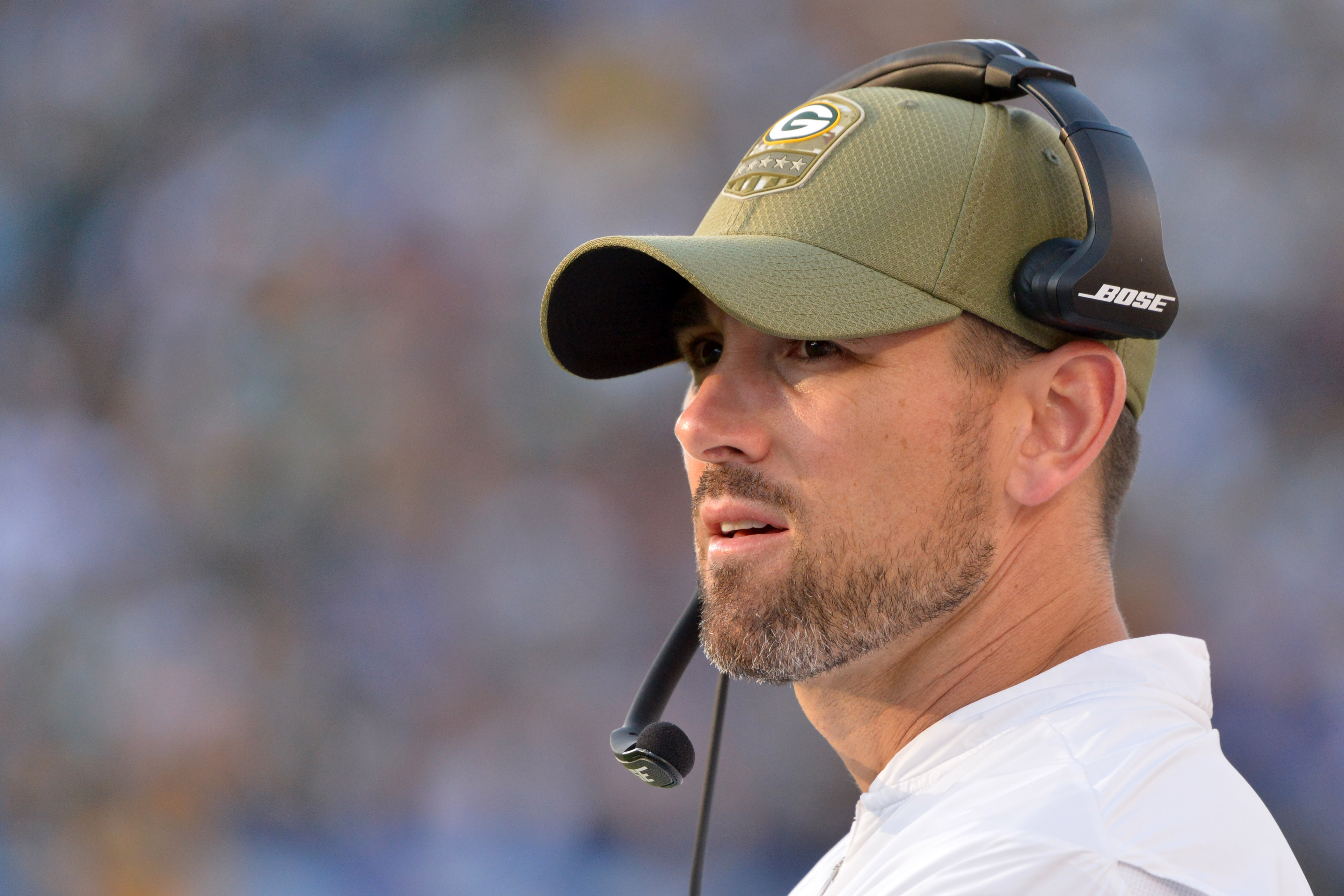 The Green Bay Packers added nine new players in the 2020 NFL Draft. While most fans were anticipating the Packers would emphasize getting Aaron Rodgers some help to take the team to the Super Bowl before his window closes, this year’s draft emphasized the long term and giving second-year head coach Matt LaFleur the type of players he desires to run his system of offense.

Last year, the team ran a hybrid version of LaFleur’s system, and the offense Rodgers had run for more than a decade under Mike McCarthy. This was a compromise that allowed the team to make the transition easier in the short term. Now, LaFleur is determined to run his offense so Gutekunst got him the players to do that.

The big shock came in the first round when the Pack traded up four spots to select Utah State quarterback Jordan Love. Love won’t play much for the next few seasons unless Rodgers is injured. He will need time to adapt to the NFL and develop into a successful pro quarterback. It will also be interesting to see how Rodgers responds to the team selecting his potential successor.

LaFleur has always indicated he wanted to run the football more and throw play action passes off the run game. This year’s draft was designed to help him accomplish that. Second round pick A.J. Dillon is a big, physical inside runner who should be a good compliment to the outside speed of Aaron Jones. The contracts of both Jones and Jamaal Williams are up after the 2020 season, so Dillon gives the Packers depth and a potential successor if either Jones or Williams (or both) are not re-resigned.

Third round pick Josiah Deguara gives the offense versatility. He can play tight end, H-back or fullback for the Packers. His blocking skills should fit in well with LaFleur’s type of offense and although he’s not a speed burner, he can be the steady kind of player who can do a little bit of everything on offense.

The Packers also added three offensive linemen on Day 3 of the draft, and each has the size and ability to run block that will enhance LaFleur’s offense. Jon Runyan Jr., Jake Hanson and Simon Stepaniak are all interior offensive linemen with Hanson playing center while Runyan and Stepaniak are guards. The two guards are mauler types who can also get to the second level while Hanson is a heady center who needs to refine his technique to succeed in the NFL but he has been a consistent performer in college who rarely commits penalties and is positionally sound.

The Packers needed to address their linebacking corps and did so in the fifth round with the selection of Minnesota’s Kamal Martin. Martin is a physical player who may have a chance to start as a rookie because of the Packers lack of depth at the ILB position.

To succeed at the next level, Martin needs to learn to diagnose plays better. He may have the versatility to play outside as well as inside and that could help him earn a roster spot.

In the seventh round, the Packers added depth at safety and on the defensive line with Vernon Scott and Jonathan Garvin. They will compete to make the team and will need to excel on special teams to make that happen.

Packers fans were hoping the team would address some needs in this draft. The team did not select a wide receiver in the draft although this was considered one of the deepest drafts at that position in recent memory.

After the draft, Gutekunst told reporters he felt the top of the draft had several good receiving prospects, but he was less impressed with the remaining players after that.

The Packers are now counting on players like Equanimeous St. Brown, Marquez Valdes-Scantling and Allen Lazard to take a step forward in their development to improve the receiving corps.

The Packers also had the opportunity to draft inside linebacker Patrick Queen out of LSU in Round 1 but decided to select Love instead. Queen was considered one of the two players at the ILB position with unquestioned first round value.

On paper, the Packers are very thin at inside linebacker, especially if free agent acquisition Christian Kirksey were to get injured again this season. The only other player who has started an NFL game on the roster is third-year man Oren Burks who started four games in his rookie season of 2018.

If you follow social media, most Packers fans are disappointed that the Packers did not do everything they could to give Rodgers immediate help in his attempt to win another Super Bowl before his skills decline too much and he is no longer an elite quarterback.

But most rookies do not make a big impact in their first NFL season. Only a handful are difference makers right away. It is therefore impossible to accurately judge a draft for at least three seasons. Gutekunst tried to get LaFleur the type of players he wants to make his system run. He is taking a long-term approach. Right now, many fans are disappointed the team didn’t address clear needs in the short-term, but time will tell if this was a successful draft or big step back.