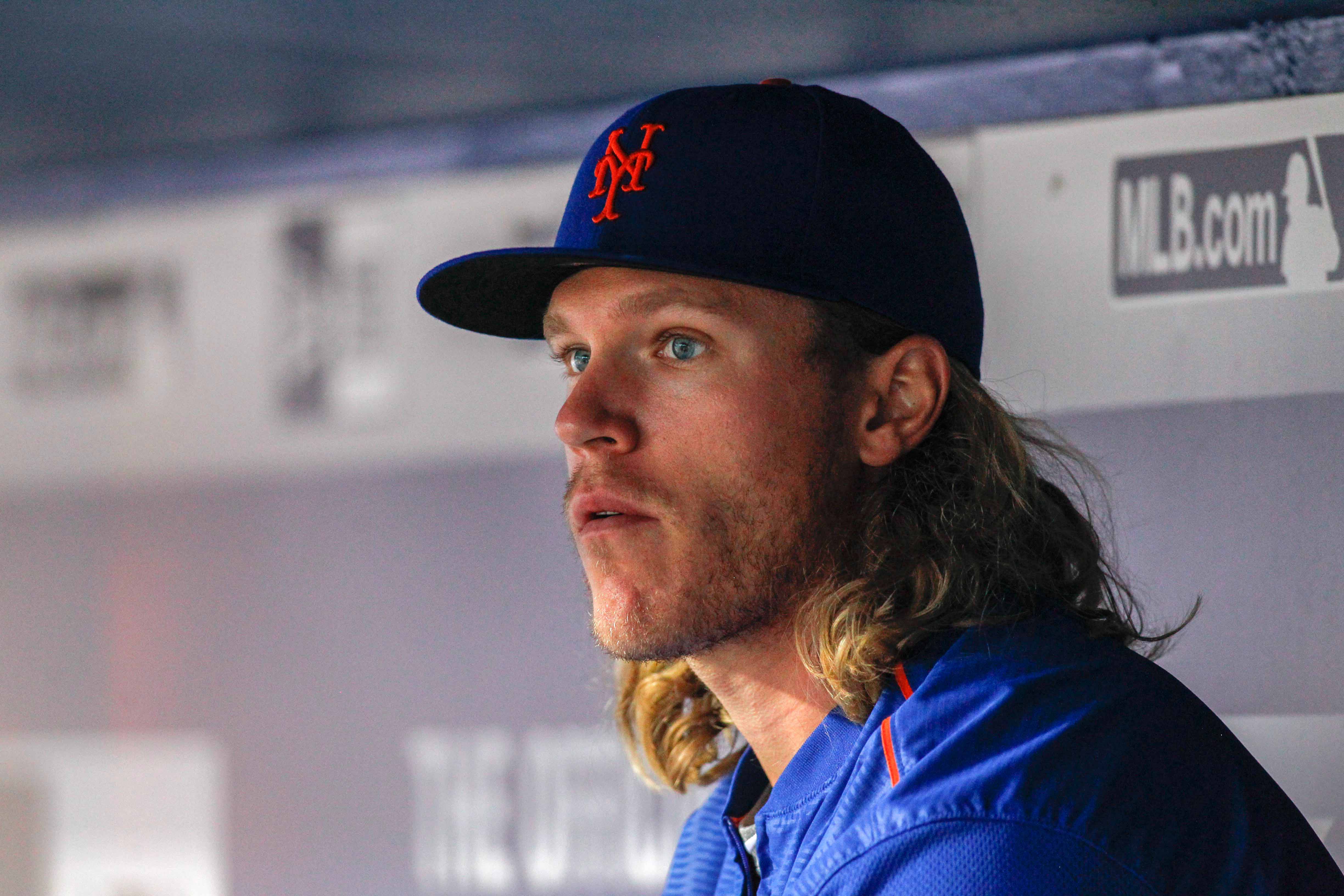 When Noah Syndergaard tried to gut through a start in April of 2017 in Washington with a torn lat muscle, the tell was that he was throwing all fastballs. Never even went to junk once. I’m sure that when Noah took the mound Sunday night that it was in the back of his mind, just as it was in the front of all of our minds, and the minds of all the talking heads associated with Mets baseball. If Syndergaard goes out there and is unable to throw sliders with his compromised UCL, it’s over.

So the good news was that he threw his slider. The bad news is that every slider he threw had a hump and a groove. Regular Noah Syndergaard sliders dart downwards like Joe Mannix when the syndicate runs him off a winding California road. Instead, we got this:

Syndergaard got out of the first inning when the Braves were still feeling him out. But they cued the 1812 Overture in the second. Nick Markakis sent one to the Waffle House. Marcell Ozuna sent one to the Chick-Fil-A restaurant. Then in the third, Ronald Acuna sent one to the new hotel beyond center field. Finally, after Ozzie Albies reached on an error by J.D. Davis, Freddie Freeman sent one so high and far that the Chick-Fil-A Cow came down off his outfield perch and said “that’s it, I’m done.” And by the way, all the home runs were off “sliders”.

Ender Inciarte wasn’t even in the starting lineup, and he was at the top step begging for a pinch hitting appearance.

Syndergaard battled through the 4th, but at 5-0 down it was time to play it safe and send in the recently re-activated Steven Matz for his beating.  And a beating he did get. His was more death by paper but than by bludgeoning, but four runs in three innings of work was quite enough. Meanwhile, Mike Soroka was terrific through seven shutout innings, and the Mets picked up their tattered and torn to the tune of 9-0, and a three game sweep by the Cobb County Braves to put the Mets at 16-12.

After the game, neither Syndergaard nor the health and performance team would cop to this being anything other than a bad night. The slider just wasn’t there. The put good swings on the ball. So on and so on. Wash, rinse, repeat. We know how these things usually end up.

You know what the Mets could use right about now? A vacation in Puerto Rico.