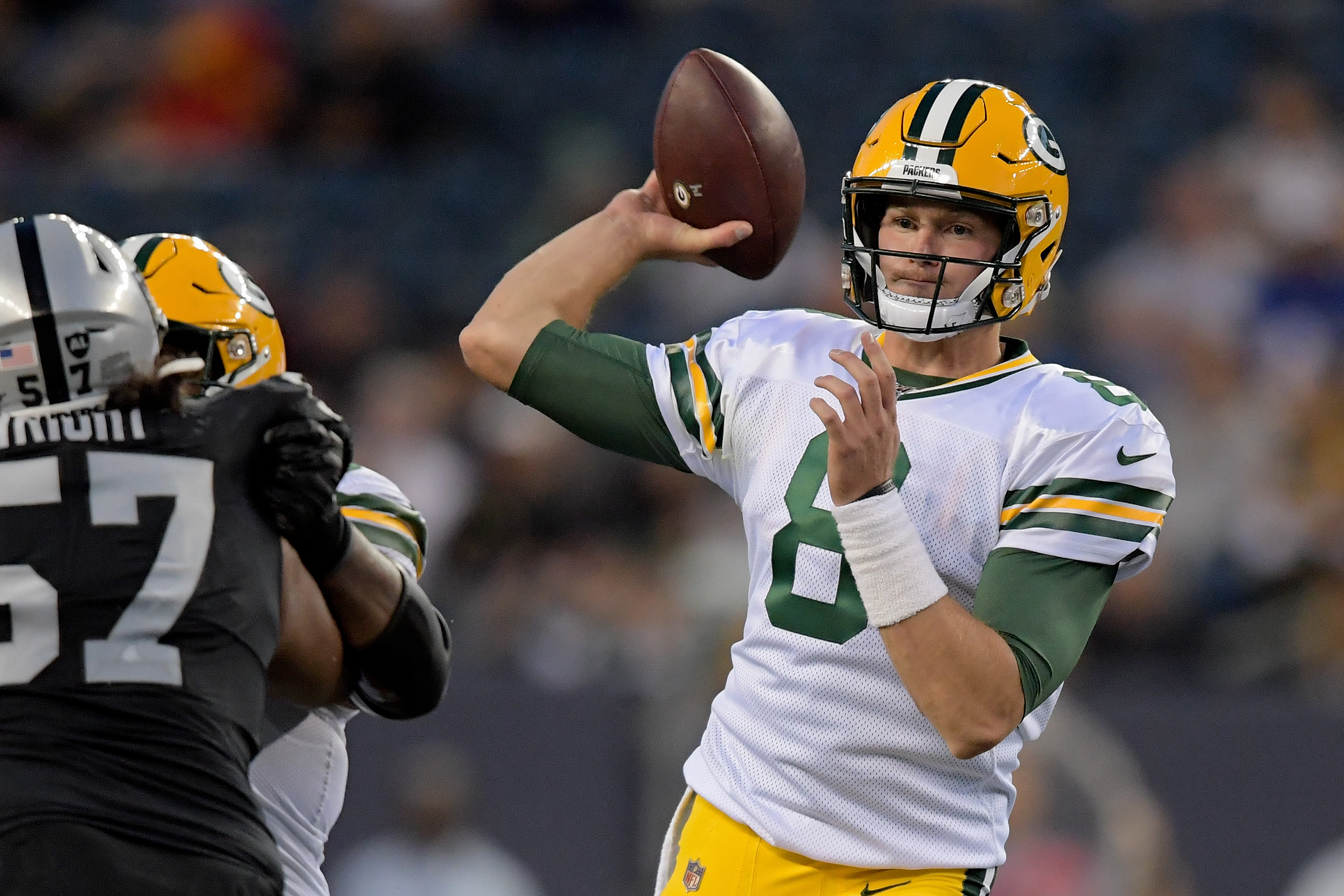 The Green Bay Packers added nine players in the 2020 NFL Draft. Last season, all eight of the team’s picks made the team. It remains to be seen how many of this year’s selections will be on the roster opening day.

These additions are direct challenges to the roster spots of several players. Here is a look at five players who will face a bigger challenge to make the roster after this year’s draft:

The Packers drafted Williams in the sixth round of last year’s draft. The former Notre Dame star showed promise as a runner at times during the preseason, but he struggled to pass block and run pass patterns and that limited his contributions during the regular season. Williams played in four games and carried five times for 11 yards as a rookie.

With the addition of A.J. Dillon in the second round of this year’s draft, Dexter Williams will struggle to make the roster. Aaron Jones and Jamaal Williams are clearly ahead of him on the depth chart and Tyler Ervin has the advantage of being a reliable return specialist which may help him make the roster.

Barring injury, that leaves Dexter Williams fighting for the fourth spot on the depth chart when the team is likely to keep only three running backs overall. He will need a strong training camp and preseason to make the team in 2020 and will have to show he has improved as a blocker and receiver.

Taylor was already considered a candidate to be traded or released this offseason but now the likelihood of him staying on the roster this season is even lower.

The Packers already have Lucas Patrick who can play center as well as guard as the primary backup on the interior line. With the addition of three low-cost rookies to the roster, it would make little sense for the Packers to pay Taylor so much to backup Elgton Jenkins and Billy Turner when they have lower cost alternatives.

The Packers will probably try to trade Taylor if they can or they will release him to free up cap space and sign another free agent before the season begins.

Light struggled against the Eagles and 49ers when he filled in for either David Bakhtiari and Bryan Bulaga and the team signed Jared Veldheer late in the season as a result.

The University of Richmond alum will be only 24 this season and entering his third NFL season, but the offensive line just got crowded with the addition of three late-round draft picks. The fact that Light can also fill in at tackle and that Veldheer has yet to be re-signed may help Light stay on the team, but he needs to show the coaching staff he has improved over last year’s shaky performance or he will be let go before the season starts.

Madison is another player who will be affected by the addition of the Packers three new interior offensive linemen. Madison also has other issues that may hinder his ability to make the team this year. He suffered a torn ACL in practice last November and may not be physically ready to start training camp or even the season depending on how his rehab is progressing.

It is possible the Washington State alum starts the season on the PUP list, or the Packers could offer him an injury settlement and send him on his way.

Madison sat out his entire rookie season in 2018 for personal reasons. Although he was on the roster in 2019, he did not appear in a regular season game.

The crowd at guard just made Madison’s feel good comeback story a little more difficult in 2020.

It will be interesting to see what the Packers do with the quarterback situation in 2020 assuming everybody stays healthy. Aaron Rodgers is the undisputed number one and first round rookie Jordan Love is a lock to make the roster.

Will the Packers keep a third quarterback this year and keep Boyle on the roster, or will they stick with two signal callers and let Boyle go after training camp?

Boyle is the only backup on the roster with NFL experience, but that includes a mere three game appearances and four pass attempts, most of which have come in mop-up duty.

The former Eastern Kentucky star has spent two full seasons on the Packers active roster and one season in Matt LaFleur’s offense. He has played well in the preseason which helped him make the team despite being an undrafted free agent.

If Love looks good in the preseason, Boyle may be in trouble. The hunch here is that the Packers keep three quarterbacks this year for fear of only having a rookie behind Rodgers, but Boyle’s future as the Packers backup quarterback is certainly in doubt after the team took Love in the first round of this year’s draft.