Khris Davis moving on from signature nickname because he 'killed Khrush' 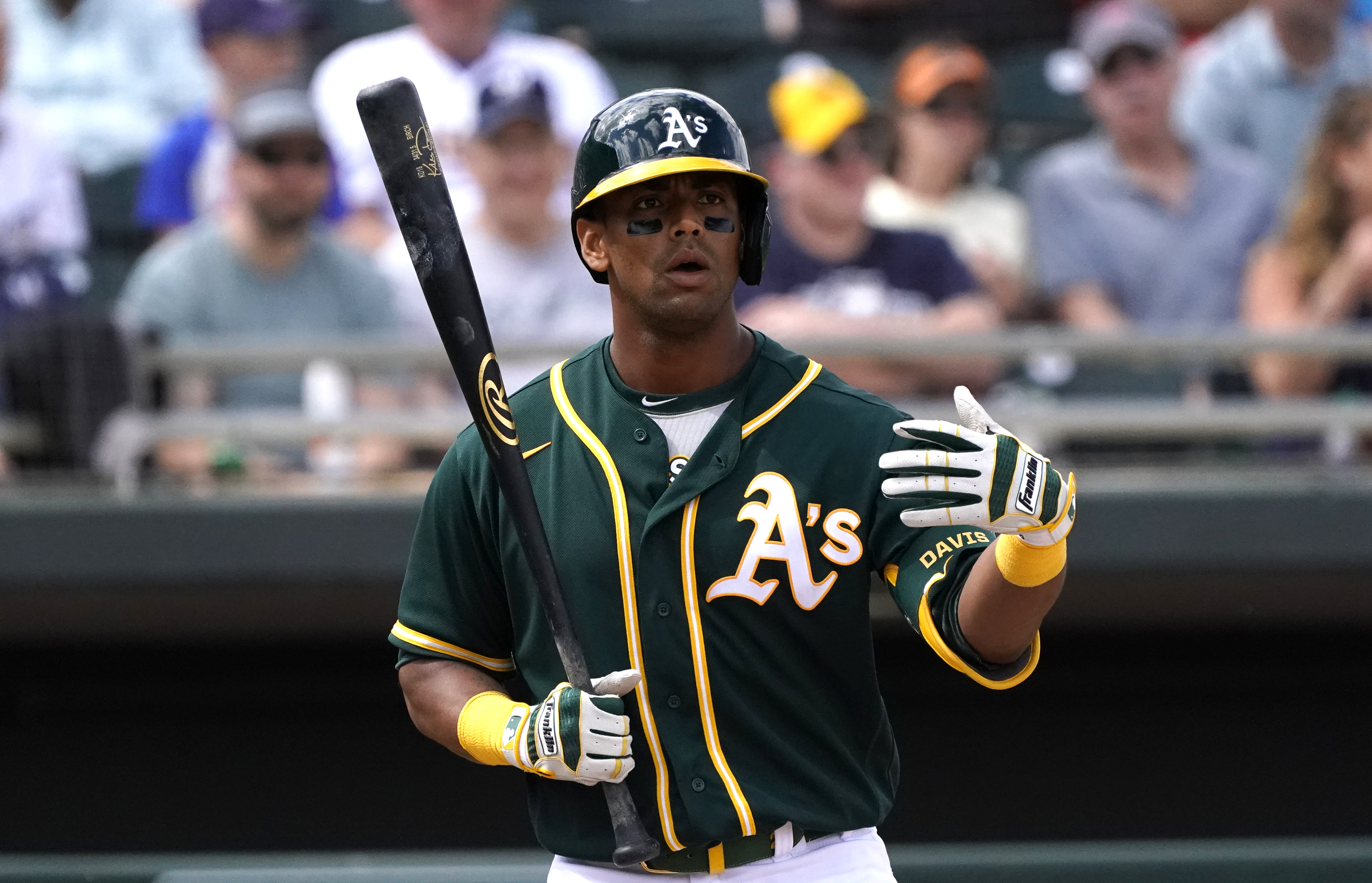 Khris Davis moving on from signature nickname because he 'killed Khrush'

Athletics outfielder Khris Davis had an unreal power surge in his career, but he appeared to take a step back last season, given that his production dwindled.

Davis hit 40+ home runs consistently, from 2016-18, but last season his numbers plummeted. He recorded only 23 round-trippers in 2019, hitting only .220 as well. It was believed that he was injured for a good chunk of it, but it appears that that wasn’t the case.

It was so bad, even, that Davis has killed his “Khrush” nickname, which is now a thing of the past.

“I can say I’ve put him in the past,” Davis said, via Sports Illustrated. “Honestly, I killed Khrush. I’m just excited to be a good teammate to my team. I’m glad I don’t have to be Khrush because Khrush is not who I wanted to be. It’s who someone else tagged me as.

“If I could talk to the kid in me, which I do a lot, I would say, it’s all about playing the game that you love. It’s not about being Mr. .247, you know? It’s been a long time, and I’m exited to be someone new, or to just be me. I just want to be true to me and be true to my team. I don’t feel like I have to live up to certain expectations.”

Expect a bounceback campaign from Davis in 2020, assuming the season gets underway sooner than alter.

Health and Fitness 53m ago