Analyzing the Packers WR Corps After the NFL Draft 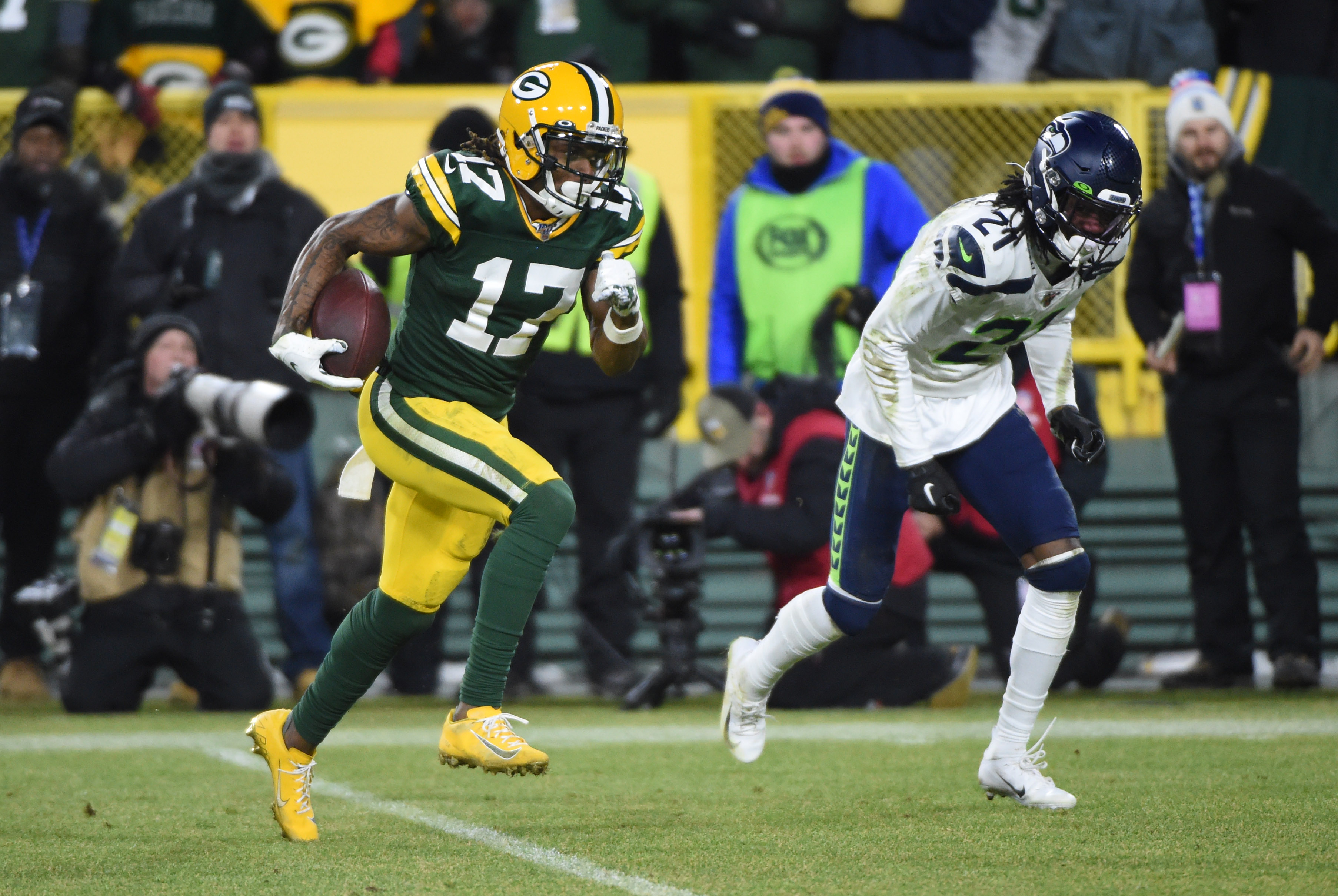 Analyzing the Packers WR Corps After the NFL Draft

The Green Bay Packers failed to select a wide receiver in the 2020 NFL Draft despite the fact that most experts viewed the position as a major area of need and this was considered one of the deepest drafts at the wide receiver position in recent memory.

GM Brian Gutekunst didn’t like the depth of this year’s receiver class as much as many others did. “I thought the top was one of the stronger drafts at the wide receiver class that I can remember,” Gutekunst said after the draft. “But the runs went pretty early and once we got to a certain spot, with the group we had coming back—it wasn’t like we weren’t looking to add to that competition, we just felt that there wasn’t a lot of great candidates that were locks to make our team next year.”

Last season the Packers struggled at the receiver position with only number one target Davante Adams providing consistent play at the position. Adams led the team with 83 catches for 997 yards and five touchdowns despite missing four games.

Allen Lazard started the season on the practice squad, didn’t catch a pass until Week 6 but finished second on the team among wide receivers with 35 catches for 47 yards and three scores. Lazard is returning and has the inside track on the WR 2 position entering training camp. The 6’5”, 227-pound Iowa State star could take a step forward in his second full season in the league and the Packers are counting on that happening.

Free agent addition Devin Funchess is the leading candidate for the third receiver spot as of now. The former University of Michigan star missed nearly all of 2019 with an injury. His best season came in 2017 with the Panthers when he snagged 63 catches for 840 yards and eight touchdowns.

Equanimeous St. Brown should be back and healthy again in 2020. The former Notre Dame star missed all of 2019 with an injury and is hungry to prove his value this season. St. Brown caught 21 passes as a rookie and has the height the Packers brass looks for at the position.

Canadian import Reggie Begelton is an intriguing addition. The 26-year-old former Calgary Stampeders star had an outstanding season in the CFL last year, catching 102 passes for 1,444 yards and 10 touchdowns. However, he must adjust to the tougher competition and different rules in the NFL. He has intriguing potential as a slot receiver if he can make the adjustment to the NFL.

Jake Kumerow will also be in the mix as he returns for his third season with the club. Kumerow runs steady routes and shows flashes of big-play ability but must gain better separation from defenders to keep his job this season.

Other roster options include Darrius Shepherd, who was briefly with the team last year and Malik Taylor who spent last season on the Packers practice squad. The Packers also signed undrafted free agent Darrell Stewart out of Michigan State after the draft. Stewart was consistent during his time with the Spartans and probably would have been drafted if he didn’t miss the final four games of the season with a leg injury.

Gutekunst indicated other moves are possible before the start of next season. “That doesn’t mean we go from here to training camp and the season that we won’t look to continually improve that group, but we really like some of the young guys and where they are headed.”

The Packers are counting on these young players to step up and take the next step in their development. There are no proven commodities on the roster right now outside of Adams that give opposing defensive coordinators reason for concern.

“We really like the group of receivers we have,” Gutekunst added. “We think there’s some guys really coming into their own. If the right players would have been there when we picked, if we had the opportunities we liked, we certainly would have considered it. It just didn’t happen. We’re really happy about the guys that we go.”

A total of 35 receivers were drafted in the 2020 NFL Draft but the Packers were one of just eight teams that didn’t select at least one. Gutekunst has to hope that this decision doesn’t come back to haunt them once the 2020 season gets under way.