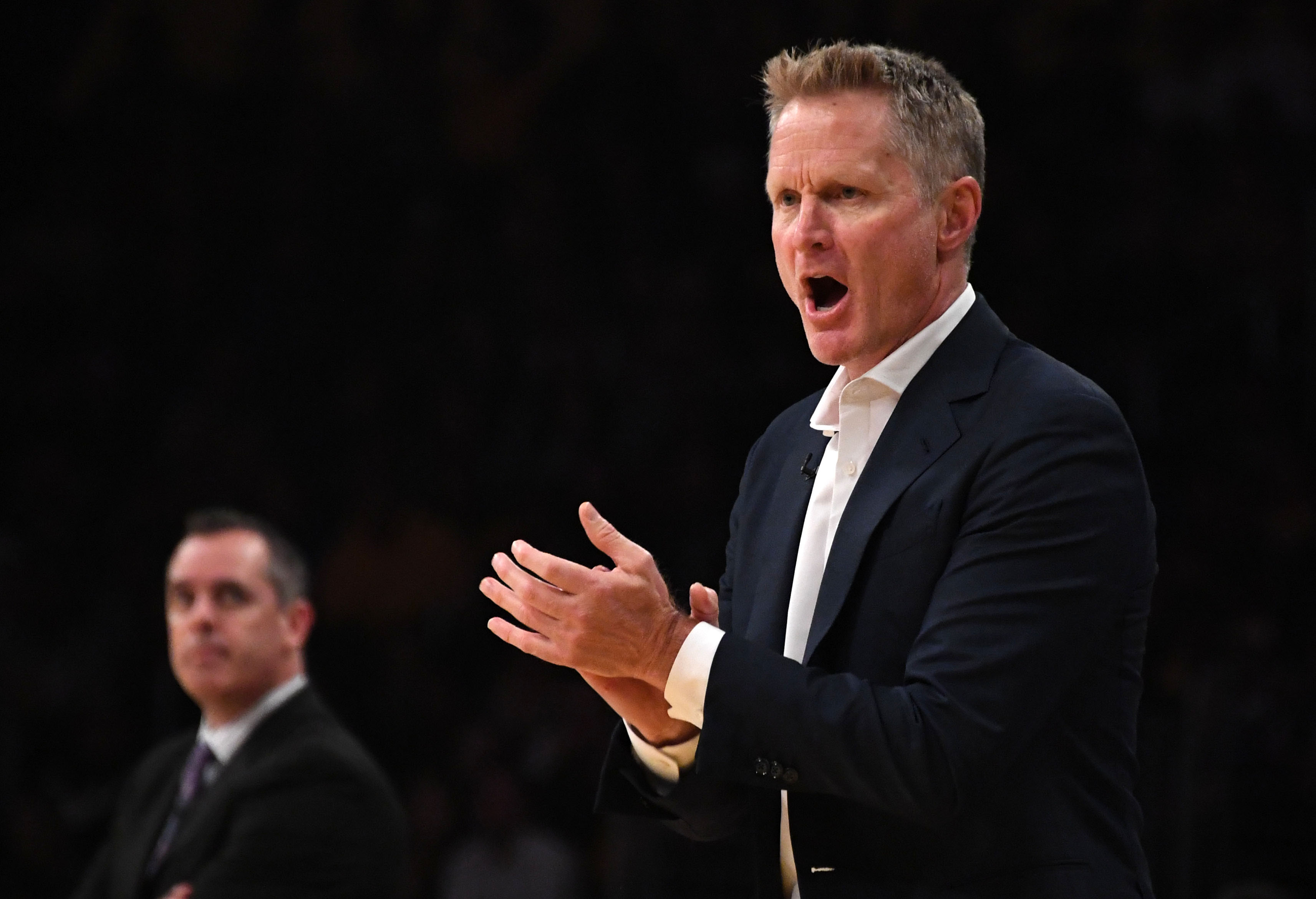 The 2020 NBA season continues to hang in balance, with each team still having roughly 20 regular-season games left to play, and a possible postseason looming as well.

However, the coronavirus pandemic doesn’t appear to be slowing down anytime soon in the United States, and it’s hard to see how the league could coordinate travel for teams, as well as handle games in arenas — even if they’re closed to fans. The NBA, just like all sports leagues around the world, has a moral obligation to prevent spreading the virus.

There’s talk about skipping the regular season, and just having a truncated playoff format, with a number of ideas being proposed. It’s also possible that all teams could reside in one central location, such as Las Vegas. In the meantime, most players and coaches are making sure they’re ready to play, whenever it happens.

Except for the Warriors, that is. Head coach Steve Kerr is taking an approach that shades more toward the season being canceled.

In a virtual town-hall with @usfca, Warriors coach Steve Kerr going on as if it were the end of the season. Said he and GSW GM Bob Myers recently had a zoom conversation with players that mirrored exit interviews.

“We are absolutely in off-season mode right now.”

Interesting, as he’s the first coach to come out and say that.