Is It Worth Bringing Andy Greene Back? 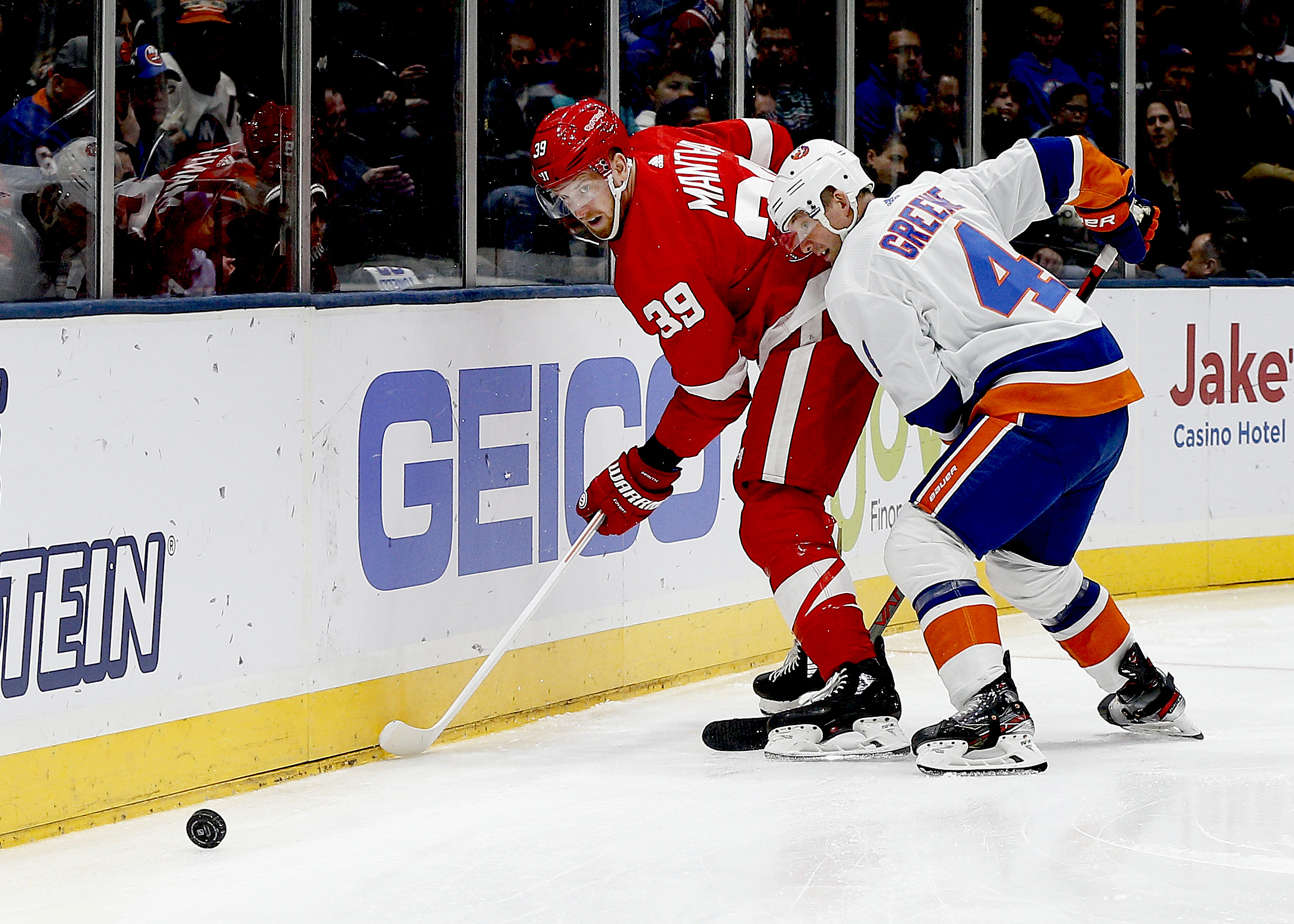 Is It Worth Bringing Andy Greene Back?

When defenseman Adam Pelech went down with a season-ending Achilles injury in early January, the New York Islanders struggled to find a suitable replacement on the back end.

After a rocky start to a February road trip, which was magnifying the team’s defensive hole, general manager Lou Lamoriello decided it was time to make a move, trading for New Jersey Devils’ captain Andy Greene.

The 37-year old defenseman played a similar role to Pelech’s and was a serviceable replacement for the remainder of the year. While the team still struggled to collect wins following his arrival, the Michigan native provided much-needed assistance on defense, averaging 16:32 of ice time and providing some offense as well with three assists.

Very solid game from Andy Greene in his #Isles debut, despite the loss. pic.twitter.com/7Q6XceGxan

Greene has always been a true defensive defenseman, using his body to break up plays and position himself accordingly to disrupt opposing strategies.

But the Islanders will have a decision to make whenever the 2019-20 season comes to an end. With Mathew Barzal, Ryan Pulock and Devon Toews all restricted free-agents after this year, Greene will not be a priority by any means for Islander management.

However, it may be worth keeping him around and may open up doors for other moves to be made that would financially benefit the team.

If the two RFA defensemen are re-signed, the Islanders would have six capable defensemen, with rookie Noah Dobson slated as the seventh man and pending no setbacks for Pelech.

So re-signing Greene would not seem likely. Dobson could be sent down to play big minutes every night with the Bridgeport Sound Tigers of the American Hockey League, that is probably not the direction management would like to go with their prized 20-year old.

That being said, veteran defensemen Johnny Boychuk or Nick Leddy may be playing elsewhere come next season, which may open up the need to re-sign Greene.

For Boychuk,  his production has taken a hit over his time with the Islanders. The 36-year old has put up his second-lowest goal mark (2) and assist mark (9) in 64 games this season.

Once slated on the team’s top defensive pairing,  Boychuk now sees himself playing third-pair minutes, averaging the least amount of minutes per game since he became a staple on an NHL roster.

Considering the state of the world and the NHL season being paused, teams could be awarded compliance buyouts after this season. With two years remaining on Boychuk’s $12 million contract, the Islanders would love to limit its effect on their salary cap.

Andrew Ladd’s three-year, $15 million dollar deal would surely be the first one to go in this scenario, Boychuk’s is a close second.

Defenseman Nick Leddy is in a different situation, as the 29-year old is worth more on the trade market.  While Leddy shows flashes of his offensive skills he first showcased with the Islanders in his first few seasons with the team, he has not been as consistent over the last couple of campaigns. Since the 2016-17 season, Leddy has seen his goals and assists numbers drop significantly, making his role with the team rather unknown.

Because of his age, his contract worth $10 million over the next two seasons is not as much of a burden. While the offensive numbers are not there in this defensive based system that is in place, Leddy is still a serviceable defenseman at the NHL level.

With either one of these players off the roster, Andy Greene could be re-signed to a team-friendly deal. Due to Greene’s age, his last contract and his strong relationship with Lamoriello, the team could bring him back on a 1-year deal worth $2-3 million dollars.

Also with Greene’s family close by in New Jersey, the thought of him wanting to move to another city far away is rather unlikely. But if the team does not get rid of one of their top-paid defensemen, then there just is no place for Greene on this roster.