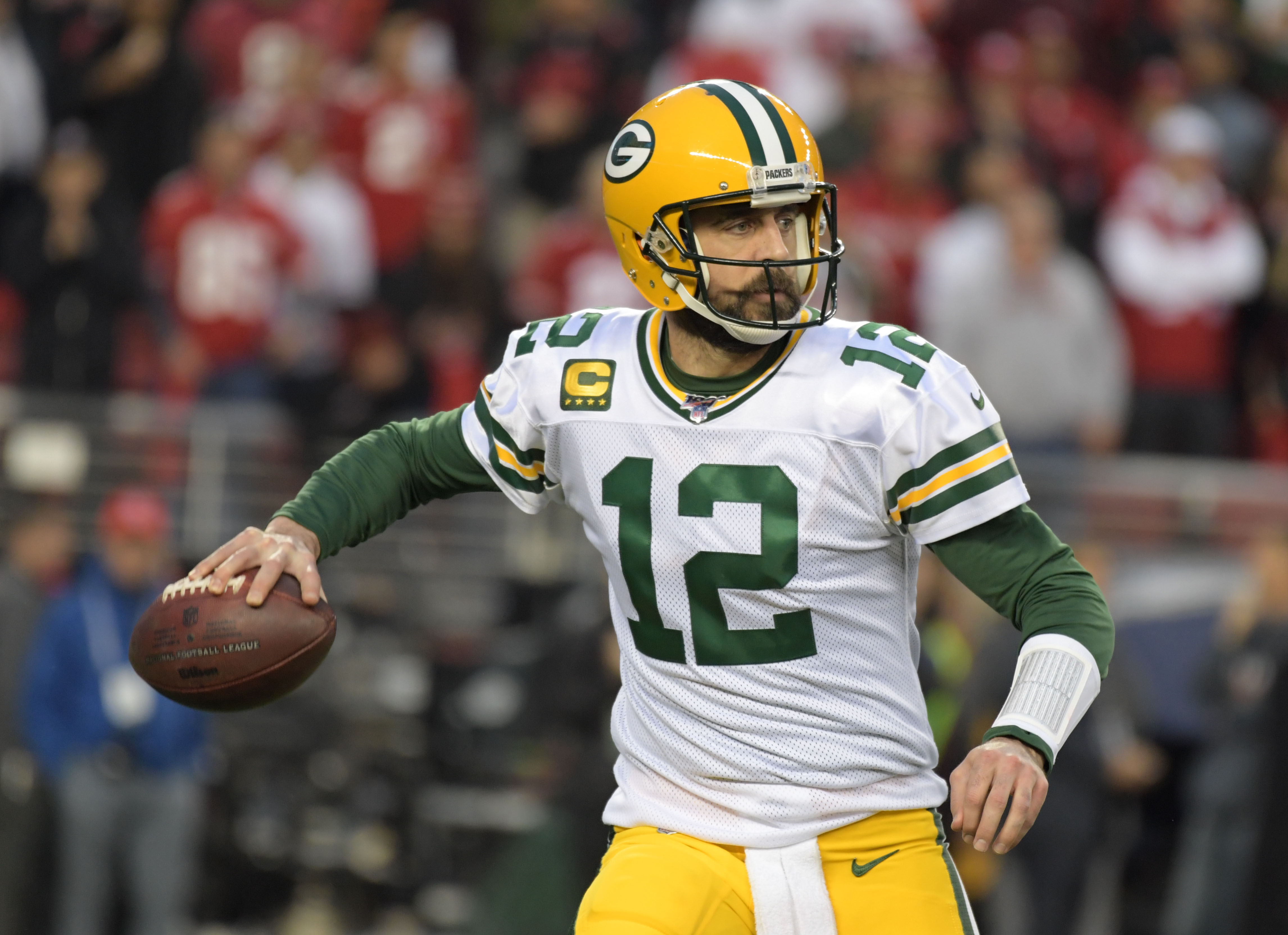 Now that the team has drafted quarterback Jordan Love in the first round of this year’s draft, many stories are popping up about an imminent divorce between the Green Bay Packers and franchise quarterback Aaron Rodgers. These stories are way off base and based on speculation.

Barring an unexpected radical turn of events, Aaron Rodgers isn’t going anywhere anytime soon. In fact, expect A-Rod to be the Packers starting quarterback for at least the next two or three seasons before any change is made at the most important position on the football field in Green Bay.

Here is a look at the top four reasons why Aaron Rodgers isn’t leaving the Packers any time soon:

There is a lot of speculation out there about how Rodgers will react to the selection of Love. But throughout the past week since the pick was made there’s one thing we definitely have not heard is criticism coming out of Rodgers’ mouth.

I’m sure Rodgers is less than thrilled about the Packers drafting his potential successor. But there’s a big gap between being disappointed and sulking, being disruptive and demanding a trade.

Thus far, we’ve heard a lot of people projecting how Rodgers will react, but nothing definitively negative from Rodgers.

Sure, Brett Favre predicted earlier this week that Rodgers won’t finish his career in Green Bay after this year’s draft but here’s what we do know: Unlike Favre, Rodgers hasn’t threatened to retire and then unretired every year for the last five seasons.

Rodgers has indicated he wants to finish his career in Green Bay and wants to play at least until this contract expires. Will that happen? We honestly can’t know. But right now, anything to the contrary is pure speculation.

3. Rodgers Will Respond to the Challenge

Many people have been critical of Rodgers over the years and some blamed him for the dismissal of Mike McCarthy in 2018. But love him or hate him, everybody agrees that Aaron Rodgers is a competitive person.

Bringing in a “challenger” or an heir apparent to ultimately battle him for the number one quarterback job is only going to inspire Rodgers to work harder and be better.

During the draft, Packers starting left tackle David Bakhtiari said Rodgers will take the selection of Love as a challenge.

“Let me tell y’all something right now: Look out!” Bakhtiari said. “Aaron is about to be on fire. Look, he’s already great when he is just chill. But when I’ve seen him when he gets riled up … Wooo! Getting my hair raised up right now, thinking about this.”

GM Brian Gutekunst also wasn’t overly concerned about Rodgers’ reaction to the pick. “Aaron’s been around a long time and knows what we’re playing for right now,” Gutekunst told reporters after Round 1. “We have the best quarterback in the National Football League, and we plan to have him for a while competing for championships. I think he’ll be a pro’s pro. He’s playing for legacy-type things, historic-type stuff. I know he’s very, very motivated.”

The people who know Rodgers best and work closely with him seem a lot less concerned about how he’s going to respond to the pick than outsiders who are looking to get page views and clicks with speculative headlines.

Rodgers also said before more than a month before the draft, “I’m a realist; I know where we’re at as an organization and I know where I’m at in my career. I’m confident [he is] not going to beat me out anytime soon.”

When the Packers drafted Love with the 26th overall pick in this year’s NFL Draft, they knew he wasn’t ready to play right away.

“We think a lot of him. Down the road he certainly has all the ability to be a difference-maker,” Gutekunst said after the draft. “But these things take time, especially at that position. He has a lot of work ahead of him.”

Almost every scouting report indicates that Love is a few years away from being able to start in the NFL. Rookie quarterbacks always have adjustments to make and Love is making the jump from Utah State to the NFL. It will take time.

The site WalterFootball.com may have summed it up best when scouting Love and saying, “Nearly every team source I spoke with feels Love is a developmental prospect who will need time on the bench to improve before being ready to play.”

The result: barring injury, Rodgers will be the Packers starter for at least two or three seasons before Love would even be ready to challenge him for the position.

The Packers cannot trade Rodgers now even if they wanted to. He just signed a four-year, $134 million extension in August of 2018 that has him under contract with the Packers through the end of the 2023 season.

If the Packers traded Rodgers now, the cap hit would be approximately $51 million, an impossible number to absorb. If the Packers waited until after June 1, the number goes down to roughly $31 million in dead money cap but that, too, wouldn’t be feasible for the Packers.

It would also leave the Packers with a choice of starting either Love, who isn’t ready to play, or last year’s backup, Tim Boyle, who has thrown four passes in his NFL career.

Simply put, the Packers cannot realistically trade Rodgers without a substantial cap penalty until after June 1, 2021, and more realistically, until 2022.

Barring injury or a total collapse in his playing ability, the Packers will have Rodgers under center for at least two more seasons. Anything else is just pure speculation.