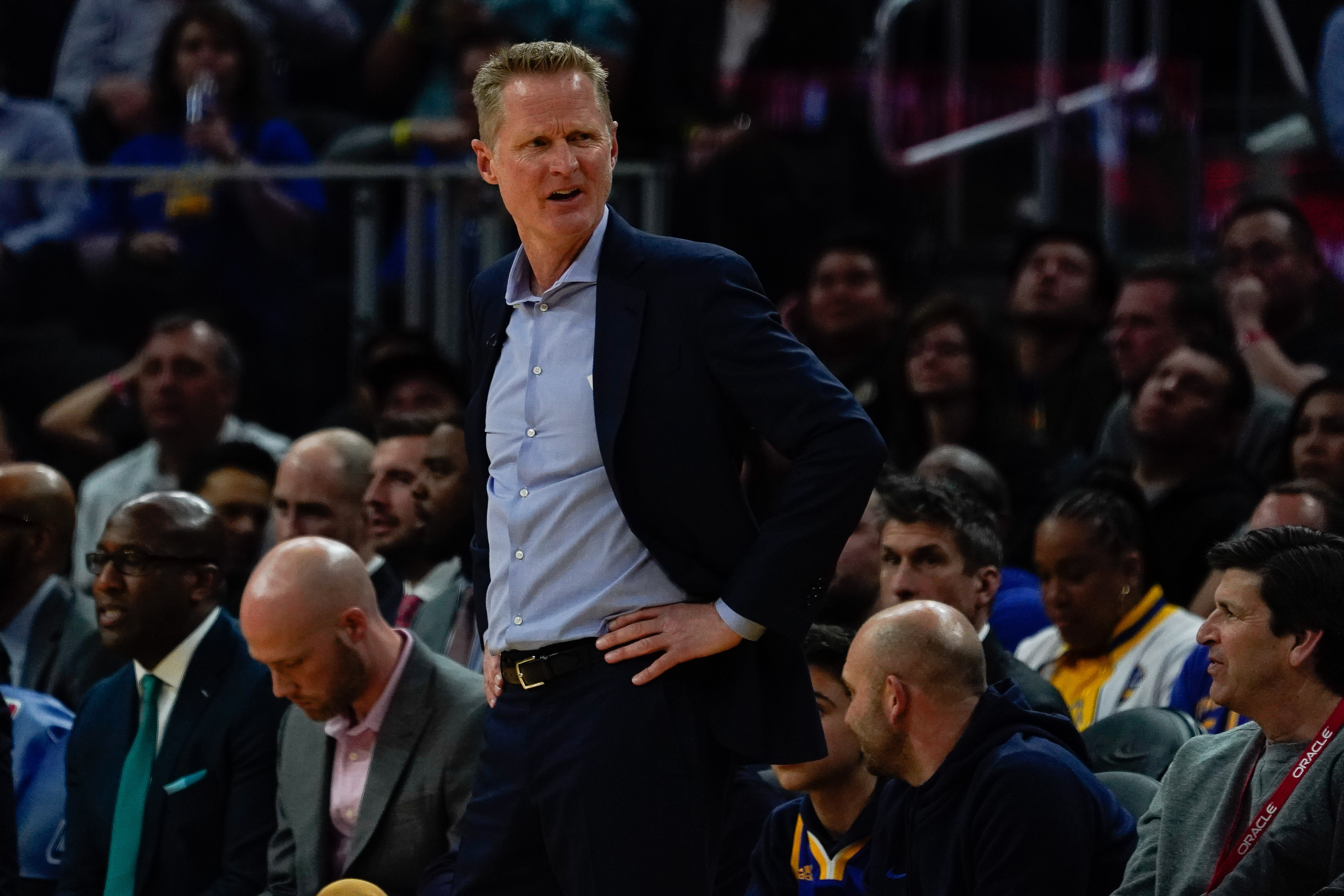 Warriors head coach Steve Kerr has had the benefit of having Stephen Curry on his roster throughout the entirety of his head coaching career, upon taking over for Mark Jackson back in 2014.

As such, Kerr knows Curry as well as anyone, seeing him both on and off the court, and watching him drain shots from all over the court, in games and during practice. He’s coached Curry to two MVP awards, with the Warriors having won three titles during that time as well.

Kerr knows a thing or two about greatness, as he played alongside the GOAT, Michael Jordan, on the Bulls. The two won a number of titles together, and were a part of one of the NBA’s greatest dynasties.

And now he coaches arguably the greatest shooter of all time. Kerr recently revealed what he believes is Curry’s most underrated quality — his competitiveness — during an appearance on the “Runnin’ Plays” podcast.

“I think it’s probably Steph’s [Curry] most underrated quality is just how competitive he is, and I think it’s underrated because of just his physical stature and the way he looks,” he began. “He’s so different from your average NBA star. Most NBA stars they’re physically imposing and here’s Steph, he looks like he’s just another guy and then he makes everything looks so easy with his game.

So, you don’t really see the fire, that’s in him. But, you feel it. And when you coach him, or you play with him, you understand how desperately he wants to win. You can see it his work ethic every day. You can see it in his eyes and he is a fierce, fierce competitor, but he’s unique to himself. I think that’s one of the things that makes Steph special is that he has this incredibly rare combination of brash confidence and humility and a fierce competitive desire that is sort of disguised by this unbelievably joyful way of playing basketball.

There’s never been anybody with this kind of combination. And so I think that’s one of the reasons the fans love them so much.”