The Alternate Universe: Braves at Mets 5-2-20 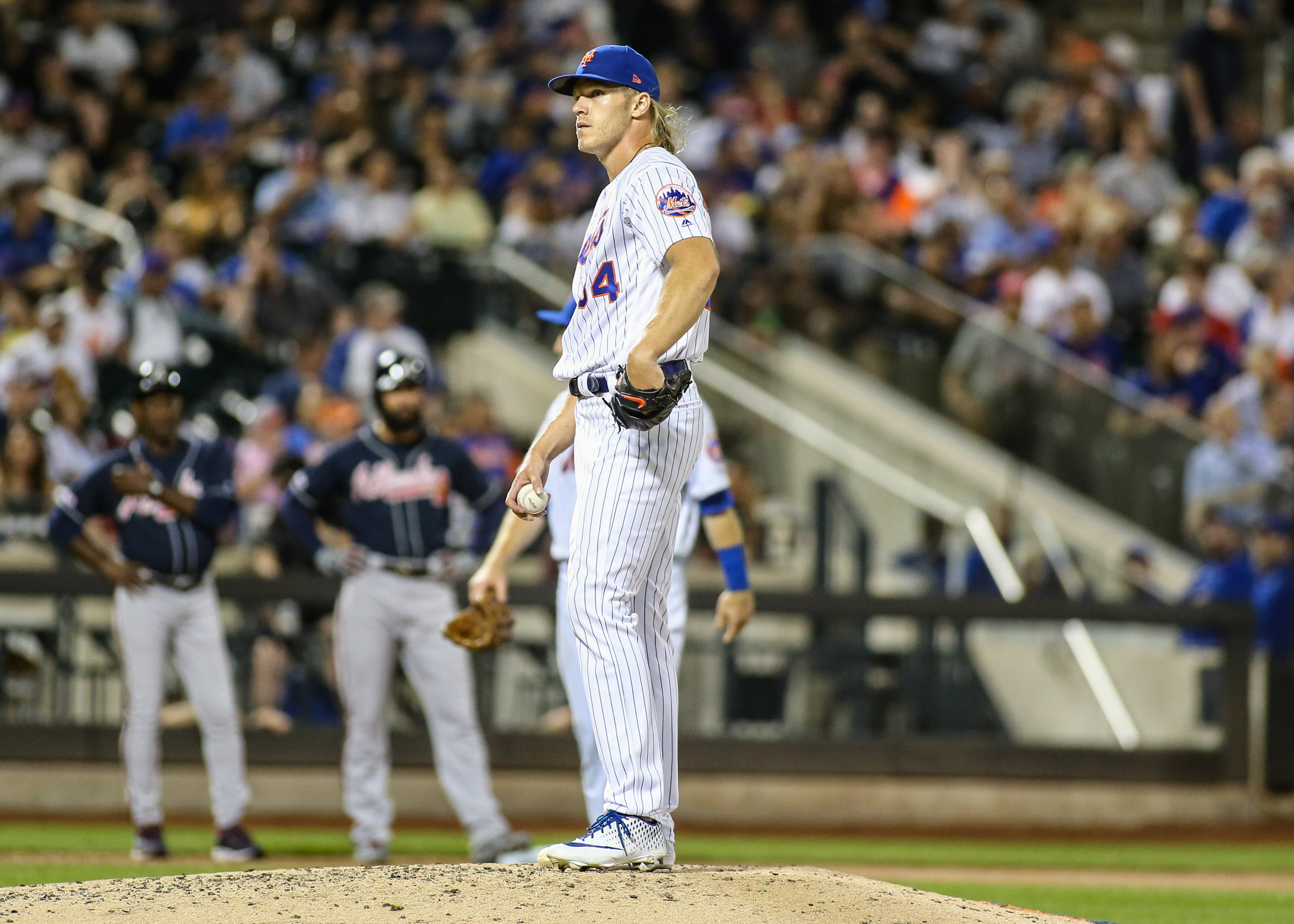 The Alternate Universe: Braves at Mets 5-2-20

The Mets held their breath tonight, as they will do with every start that Noah Syndergaard makes until either the end of the season, or the end of his season. After the Braves torched him on Sunday Night Baseball last week, nobody was really holding out a whole lot of hope for him.

But Syndergaard came through in one piece, going five and 2/3’s innings while only giving up three runs, two of them earned. He labored a bit in the sixth after Michael Conforto provided him a 4-3 lead in the sixth with a two run single off Mike Soroka. After giving up a leadoff double to Nick Markakis, and running full counts on the next two hitters, Travis d’Arnaud (strikeout) and Austin Riley (sacrifice fly), he was pulled by Rojas after 97 pitches for the favorable Dustin Zamora vs. Ender Inciarte matchup. Zamora made Rojas look like a genius by striking out Inciarte, but in reality Rojas had little choice.

“Noah looked good. After his last start and knowing what he’s dealing with, we weren’t sure what to expect. But he gutted it out, his slider looked good, and he got the big outs when he needed them, which is all we’re really asking for at this point.” -Luis Rojas

It was up to the bullpen, whose life was made easier when Tomas Nido drove in a run in the 7th to give the Mets some breathing room. Dellin Betances, Seth Lugo, and Edwin Diaz all had issues with the Braves lineup. But Betances struck out Markakis with two runners on in the 7th, Lugo struck out Ronald Acuna with two runners on in the 8th, and after walking Ender Inciarte with the bases loaded to make it 5-4, Edwin Diaz got pinch hitter Marcell Ozuna to pop up with the bases loaded to end it. Say what you want about the bullpen taking years off all of our lives, but they haven’t been a poison pill all that much this season.

The Mets look to take the series on Sunday with Rick Porcello going against Mike Foltynewicz. Both pitchers have been Jekyll and Hyde this season, so the randomizer has obvious control over tomorrow’s game. Buckle up, friends.