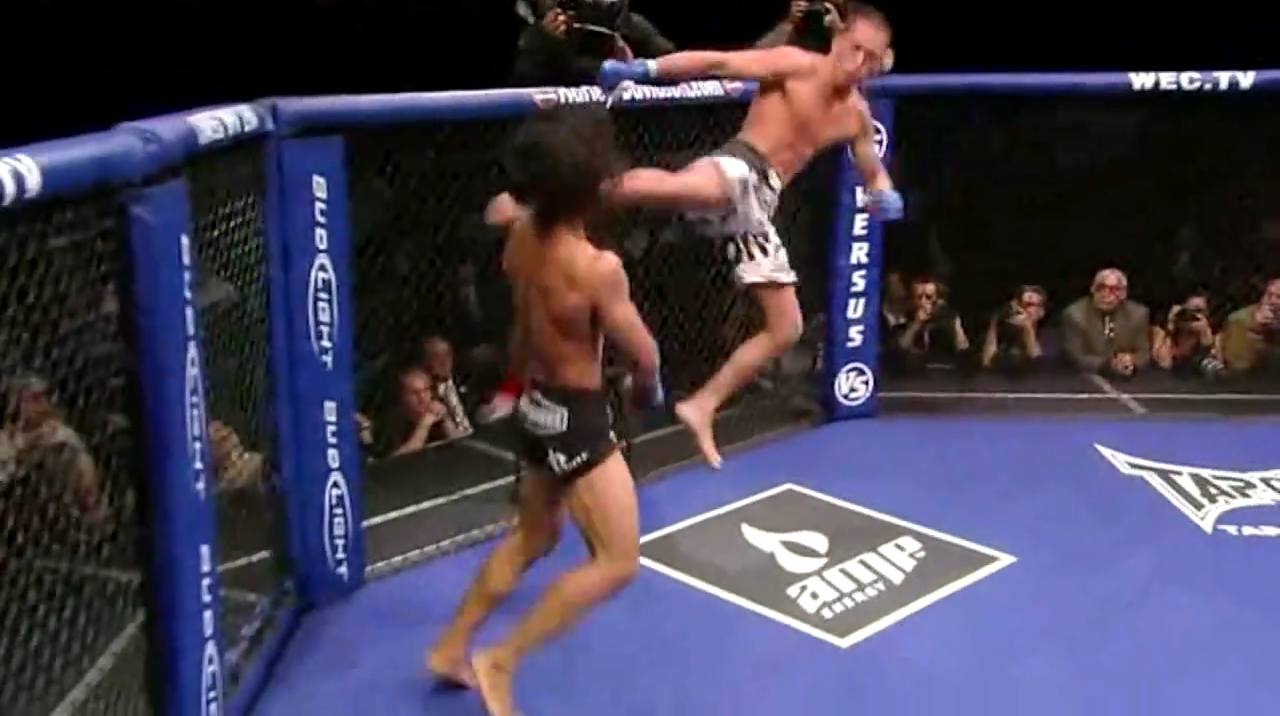 – good athlete
– still young(ish) despite vast experience
– tremendous striker with diverse arsenal
– deadly kicks
– very dangerous submissions (especially triangle choke)
– very well coached
– has fought – and beat – some of the best fighters in the world
– good striking defense
– extremely accurate with his takedowns
– solid cardio
– active on the ground – passing guard, looking for submissions
– can fight comfortably out of either stance
– KO power seems to transfers with him to various weight classes

They don’t call him ‘Showtime’ for nothing.