Dwayne Haskins has 'mad respect' for Tom Brady, with a mural of Bucs QB in his home 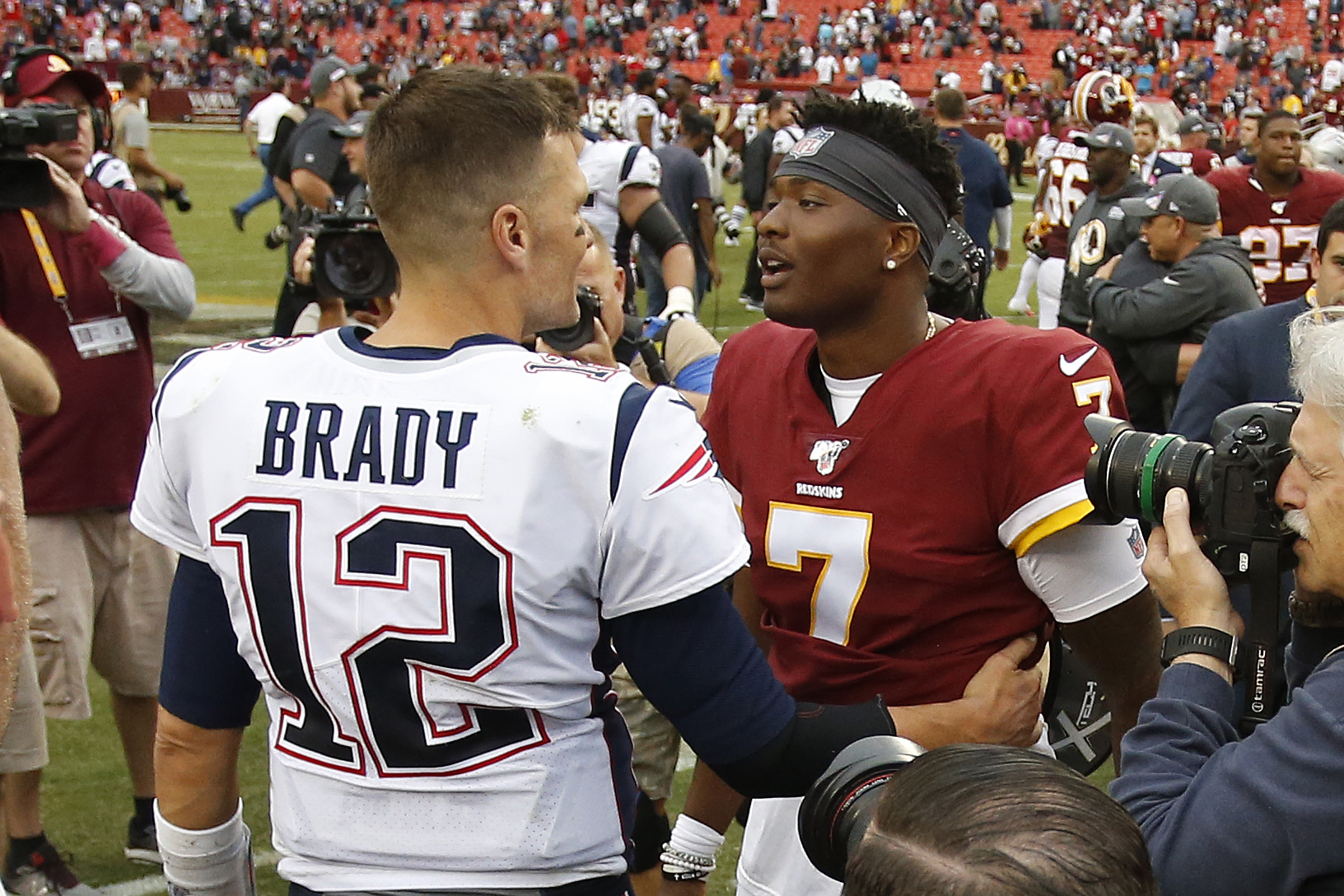 Dwayne Haskins has 'mad respect' for Tom Brady, with a mural of Bucs QB in his home

Tom Brady has won more Super Bowl rings (six) than any other NFL quarterback, and many believe that he’s the greatest quarterback of all time.

One of the youngest signal-callers in the league appears to feel that way, as Dwayne Haskins even has a bit of TB12 in his house.

Haskins revealed he actually has a mural of Brady up in his home, during an Instagram live stream, and you can check out what it looks like below.

.@dh_simba7 has a mural of him and @TomBrady in his house 🎨 pic.twitter.com/3sy5cGi7x0

Haskins then commented on the photo, adding that he has “mad respect” for the GOAT.

Many others would agree with Haskins’ take.