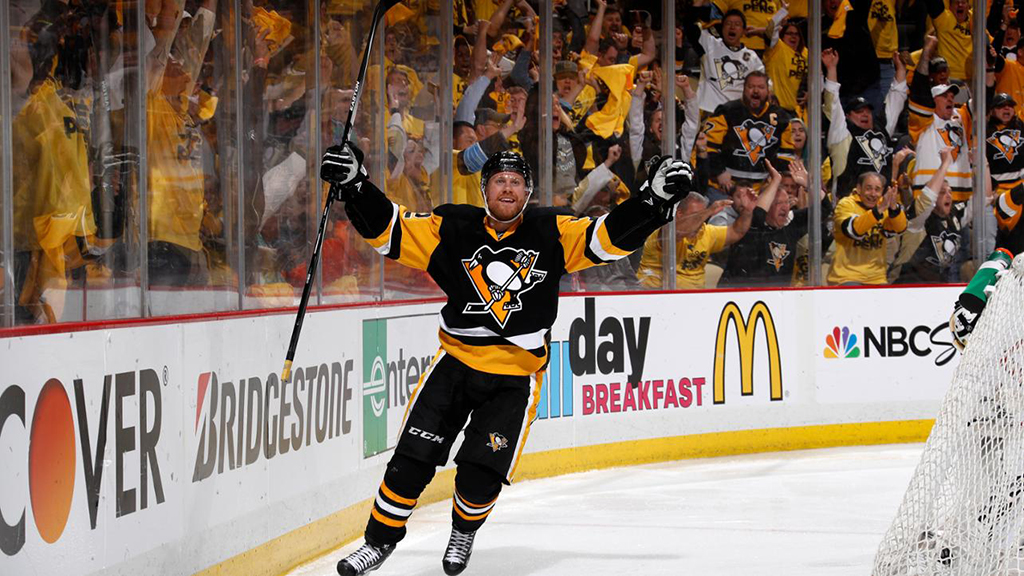 Let’s go on a journey, shall we Pensblog readers?

The date is December 12, 2015. The Pittsburgh Penguins have just named Mike Sullivan their head coach. Their record is 15-10-3. Not great, not good, but overall, average. They’re in 5th place in the Metropolitan Division, nine points off of the Caps for the division lead.

The playoffs are very much in doubt for the first time since 2005.

Meanwhile, those Capitals are first in the Metro, second in the East, and third overall in the NHL. A record of 20-6-2 pretty much puts them on pace to compete for and likely win the President’s Trophy, securing full home-ice advantage in the 2016 Stanley Cup Playoffs.

Once again, we found the same story brewing. A story told by the old gods and the new.

The Washington Capitals cruising through the regular season and the Penguins scratching and clawing the final few months to get into the playoffs.

The Capitals look like runaway favorites for Lord Stanley’s Cup and the Penguins look like they could challenge for it but getting past Washington would be their biggest and likely most unachievable challenge.

Mike Weber’s misplay on the puck going right to Hornqvist has taken a historic, 120-point, President’s Trophy-winning season and put it one single loss away from ending in the second round.

The more things change, the more they stay the same.

Patric Hornqvist’s overtime winner has put the Penguins one win away from going to the Eastern Conference Finals for the second time in three years. There was no path to the Stanley Cup that didn’t go through Washington and the Pens will have three chances to get one win.

It’s not over until it’s over but boy, it feels like this Capitals team doesn’t have the mental toughness to crawl out of a 3-1 hole.

Some roster shakeups happened for both squads. Kris Letang was suspended for one game for his high hit in game three so Justin Schultz returned to the lineup.

In a surprising move, Oskar Sundqvist slotted in for Eric Fehr

The Caps, still without Brooks Orpik due to a three-game suspension, opted to scratch Nate Schmidt and put Mike Weber on defense.

That bottom pairing for the Caps….Y I K E S.

The Caps came out of the gate like they knew their entire season and body of work was on the line because it sure as hell was.

They threw several shots at Matt Murray and strangely enough it was a throwaway shot that would beat him.

Beagle wins what seems like a harmless race to the puck to establish possession after a breakout and just throws a backhander on net that somehow beats Murray and fools everyone in the building except Beagle who knows it went in.

Some discussion if it counted but that bad boy went in clear as day.

The goal woke the Penguins up and Justin Schultz in his first game back nearly scored a goal that would’ve remained in your mind for months but he hit the post.

Unreal puck possession and vision by Malkin and definitely aided by Mike Richards blowing a tire. (Ed. note from 2020: God damn Pierre McGuire said “Malfunction at the junction” again. I’m doing this for you guys, I’m dealing with this so you can get through quarantine. You’re welcome.)

He manages to see Schultz sneaking in the back door while all attention is paid to him and the puck caroms off of a stick and in the air but he nearly swats in from mid-air but finds iron.

This kicked off a sequence of two teams opening up the ice and as we saw last series, that’s usually a good sign for our Guinos.

Murr recovered from the backhander from Beagle and the man tasked with carrying the load in Kris Letang’s absence made his presence felt just a few minutes later.

The whole sequence is a perfect microcosm of what makes this edition of the Pittsburgh Penguins so good.

The Caps dump the puck in hoping to establish a forecheck, Derrick Pouliot quickly moves the puck up the boards to a backchecking Conor Sheary who fakes like he’s going to take off but bumps the puck to Sid in support with speed up the wall. As they travel through the neutral zone Crosby works it across to Hornqvist who establishes zone possession in transition and Daley is right behind in support. Crosby and Hornqvist attack the net for a chance at a rebound or to set a screen, as they should.

Daley’s shot deflects off of Alzner and fools Holtby and this one is tied.

This was as close to a perfectly played sequence as you can get for a counterpunch, transition offense.

Nobody sells a hit quite like TJ Oshie, folks.

Interference? Absolutely, it was the correct call by the refs.

Hockey, regardless of how you feel about it, is still a contact sport there Teej. Sometimes, those meanies wearing other jerseys will hit you and hold on to your outdated Bauer helmet, kiddo: It’s allowed!

Dude is going to be a great villain in Pens-Caps for years to come.

Penguins will kill the penalty relatively easily with the Caps barely registering any chances, let alone a shot on goal.

Right out of the box, Hagelin would catch a break. He wouldn’t score but he drew a penalty on Niskanen for hooking. Also, Orlov decided Holtby must’ve owed him money or something because he would launch Hagelin into his own goalie.

Running Carl Hagelin at near-full speed into your own goalie doesn’t seem like a recipe for success but what do I know.

The power play was negated by a tripping call on Hornqvist and then a 4-on-4 was turned into a 4-on-3 for the Penguins after Chimera tripped up Sid.

Nothing came from any of this.

Getting out of the first tied at one after a slow start is about the best you could realistically ask for when you’re battling a team fighting for their lives.

After all the penalties expired and we were back to full strength, just over three minutes, the ageless wonder was back at it again.

After a faceoff win and some jostling with Backstrom, Cullen wins a race to a loose puck that Backstrom completely quits on and he has a free look at Holtby.

The Penguins brought the pressure for the majority of the period. It wasn’t until nearly halfway through the period that the Capitals would get a shot on goal at Murray and all it was was a weak tap that came from a bounce off the end boards.

However, the story of the second period would be one of missed opportunity. The Penguins found themselves with a handful of 2-on-1s and 3-on-2s that they couldn’t capitalize on, keeping the advantage at one goal, making the Caps one shot away from evening the game.
They would.

The Caps would pressure the Pens into a couple of icing calls and spent a lot of time in the Penguins’ end.

Derrick Pouliot coughs up the puck while under pressure to Justin Williams who finds Carlson sneaking in alone on the other side of the ice.

Carlson ain’t missing from there.

Ian Cole and Tom Wilson would get tangled up and go to the box.

We’d play 4-on-4 and that’s where we’d end the middle frame.

You win the third, you win the game and take full control of this series.

The third period was a war of attrition and counterpunches. Neither team would break when being attacked.

Matt Murray came up large during a 2-on-1 against Oshie with a sliding glove save.

The Penguins’ best chance came again from Matt Cullen. A nifty curl and drag would catch the crossbar.

A huge opportunity was presented to the Pens with under 4:00 to go with Alzner in the box for high-sticking Crosby.

The Caps killed the penalty and the game slipped into overtime.

One shot is all it would take for this to become a best-of-three series.

One shot is all it would take for the Penguins to take complete control.

One shot would determine if this series could wrap up quickly or if it would drag on for some time.

Just two and a half minutes into the fourth period, Patric Hornqvist would give us that answer.

With the Penguins pressing, Conor Sheary would look to keep the pressure going by getting a shot on net from the point, if nothing else to keep the puck deep. The shot would try to be stopped by Mike Weber who’s clearing attempt went directly to Hornqvist.

Holtby couldn’t make it over in time to square himself to the shot and the Penguins let the Caps know that Elvis. Had Just. Left. The building.

One more win to go.