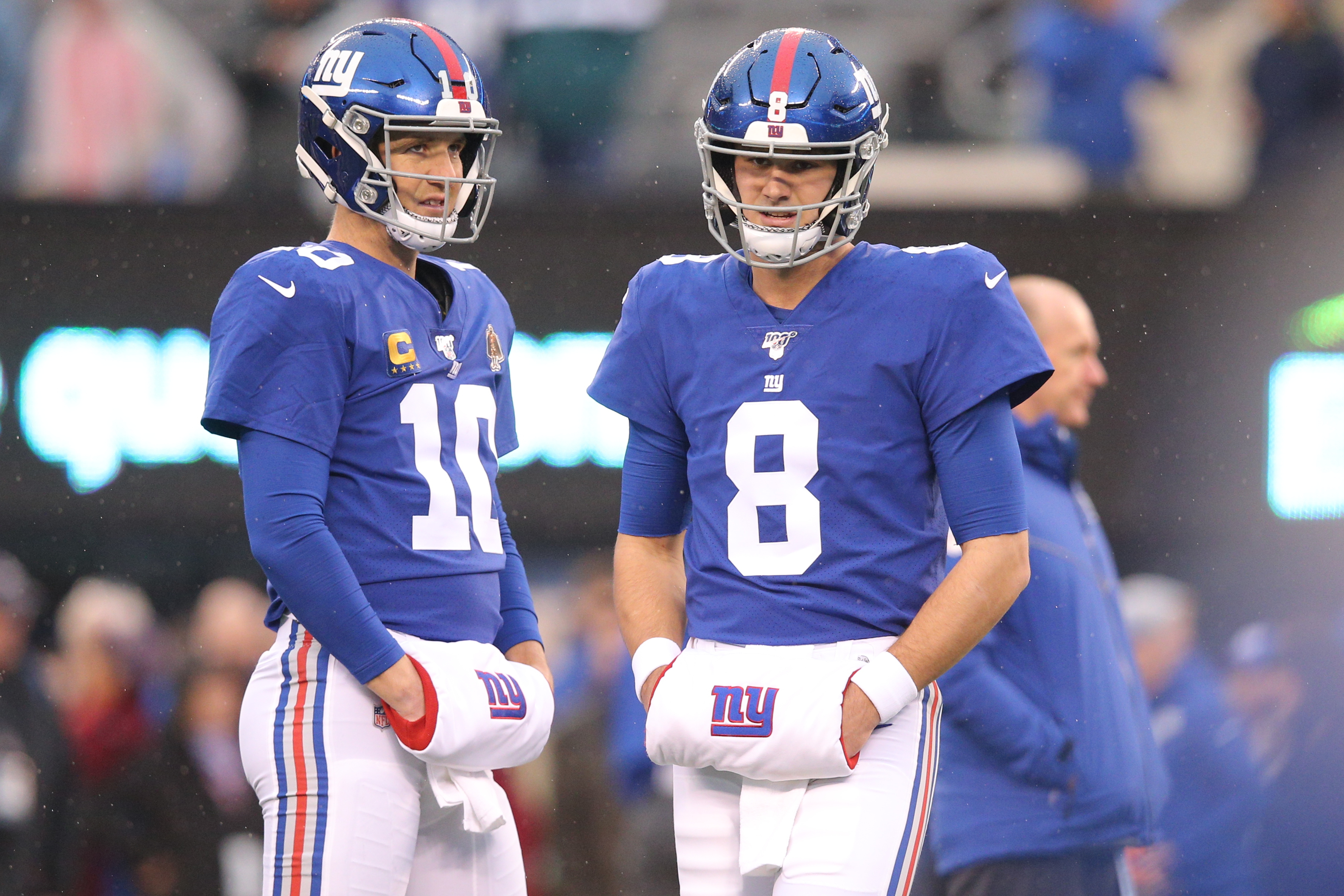 Eli Manning had been the Giants’ starting quarterback every season since 2004, but his retirement has since marked the end of that long-standing trend.

The team drafted Daniel Jones with the sixth overall pick last season, and the Giants are his to lead going forward. He flashed in a few games last season, making mistakes, as any rookie does, but also getting up off the mat and making big throws during exciting comebacks. No one will forget the heroics he showed leading his team back from a two-score deficit in the fourth quarter of the team’s 41-35 overtime win against the Redskins.

And now Jones will enter the team’s 2020 campaign as the clear starter, which Manning believes will benefit him, which he explained in speaking to Sirius XM Radio.

“I think it will be easier this year for him to kinda step up as that leader,” Manning said Monday on SiriusXM NFL Radio.

“Last year was probably awkward for him, me being there, me being in meeting rooms and just kind of the whole dynamic,” Manning began. “Me being gone and hey, he is the quarterback, he is the guy, for him to have that control and the authority over receivers and offensive line.”

“I think he’s proven to be tough and works hard, he’s done all the right things. He has gone in with that approach of keeping his head down and not saying more than he has to, working hard and earning the respect from the teammates. Now he can elevate that where now he’s in charge. The questions are coming to him from the coordinator. He’s gonna have to give his voice and his opinion on things.”

Good points there. We agree. The handcuffs are coming off.