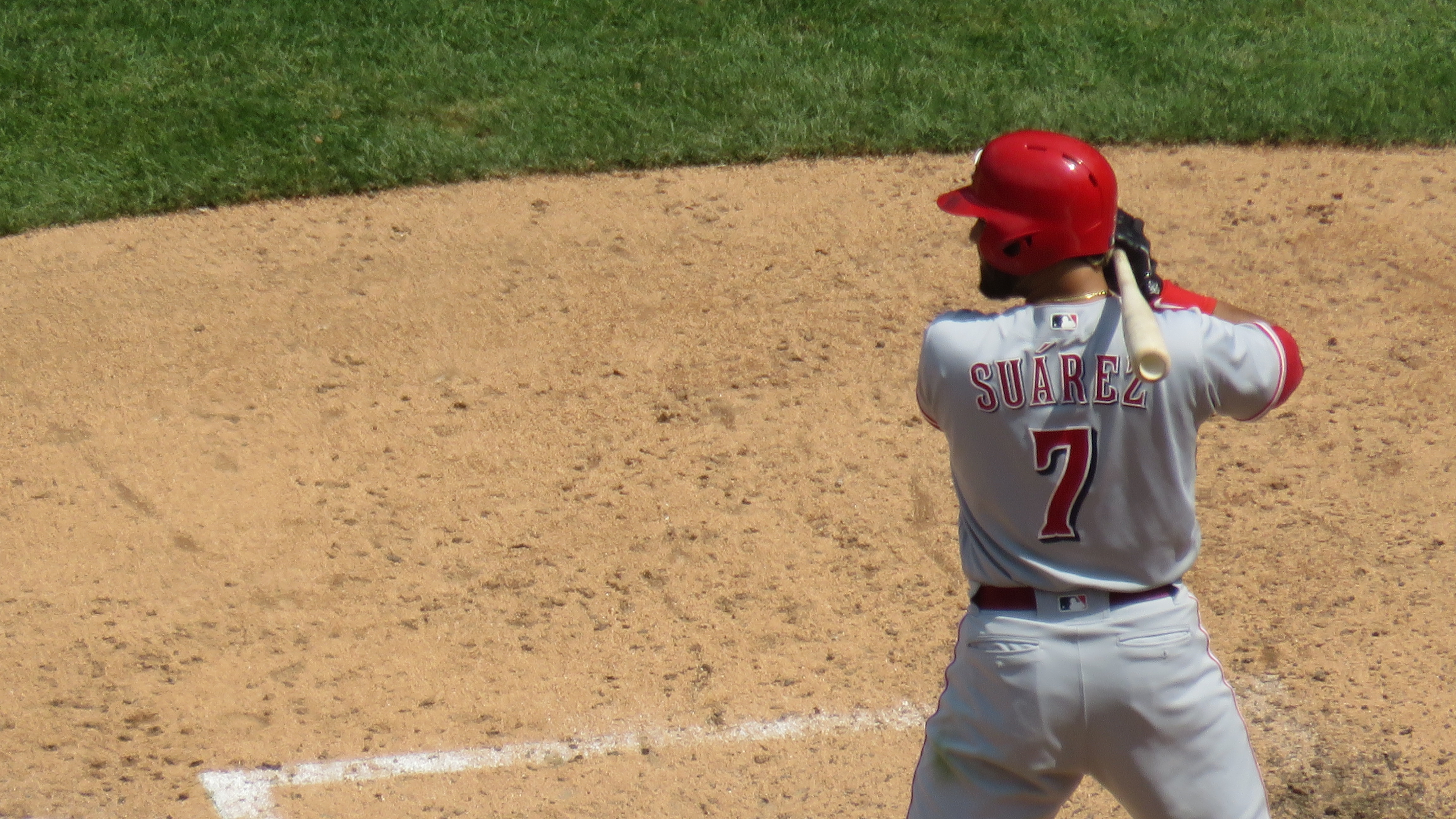 Even though I had a bad feeling about this game (Michael Wacha’s numbers against the Reds are just too good for that to continue today), I grabbed a $6 ticket off of StubHub and enjoyed some Sinkers and Sliders (with some beer to wash it down) in the 500 section. Beautiful weather means a beautiful time at the ballpark, but it also means balls fly higher and farther in the rising humidity.

Okay, so Michael Wacha wasn’t exactly Charlie Brown on Wednesday. But in similar fashion to his last start, Wacha fell victim to a couple of bad pitches to the same hitter. This time it was Eugenio Suarez who got him. First, after a walk to Joey Votto in the first, Suarez got a 2-1 fastball that probably wasn’t as up as Wacha wanted it and jacked it to the second deck for a 2-0 Reds lead.

Pete Alonso got one back off Luis Castillo when he put one in the bullpen to cut the lead to 2-1, and that’s how it would stay until the 7th as Castillo and Wacha were trading zeroes. Wacha walked Freddy Galvis to lead off the inning. Nick Senzel came up as a pinch hitter and send Galvis to second. Shogo Akiyama popped up for the second out, but Wacha lost Votto on a pinch that was maybe an inch off the plate as Wacha was pitching around him. But he had to come into Suarez, and the pitch that Suarez hit out for his second homer of the afternoon wasn’t even on a bad pitch. Wacha threw a changeup that darted down and in, but Suarez got out in front of it like he knew it was coming.

Amed Rosario tagged Luis Castillo for a two run single to make it 5-3 and knock Castillo out of the game. Brandon Nimmo’s sacrifice fly made it 5-4, but unfortunately the Mets would get no closer. They did make it interesting in the 9th as they got Pete Alonso up to the plate with the bases loaded and two outs. But Rasiel Iglesias got him to chase a high fastball which may, or may not have been ball four. The crowd was irate … well, as irate as a weekday afternoon crowd could get after a day soaking in the sun. Hell, even I didn’t have the energy to curse.

May is proving to be a vicious bear so far as they have started the month 2-4 after six games at home. The Mets have done a decent job not taking their issues out on the road with them, and St. Louis is dead ahead.